Scientists discover mathematical law in how elephants use trunks 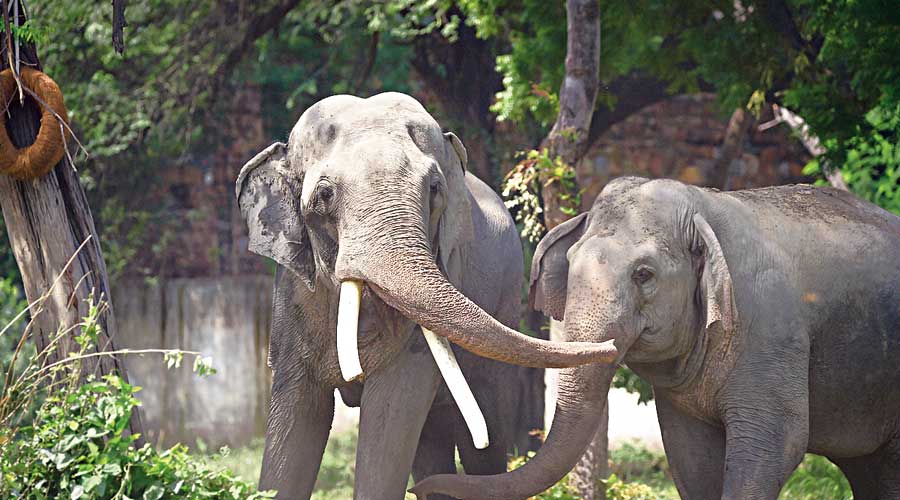 Scientists have discovered a mathematical law in how elephants use their trunks and a physics principle in how ants build underground tunnels.

The researchers said these studies could throw up lessons in engineering from the natural world.

Two research groups independently announced on Monday the results of efforts by one to probe the biomechanics of trunk manipulation by elephants and by the other to investigate how ants build complex networks of tunnels to create underground cities.

Biologist Michel Milinkovitch and his colleagues at the University of Geneva, Switzerland, have found that the myriad movements of an elephant’s trunk emerge from a combination of a set of around 20 basic movements, such as the propagation of inward curvature and the formation of virtual joints.

While elephant trunks are continuous and flexible along their entire length, coordinated contractions of the muscles during trunk movements lead to twisting, bending, lengthening and stiffening without any bone support.

The Geneva group has found that elephants use a unique strategy to reach for objects on their sides — they turn their otherwise flexible and continuous trunk into rigid segments as if connected by joints, just like the human elbow or the wrist.

The scientists have also found that the trunk obeys a mathematical law similar to one observed in human hand drawings.

“How much the trunk slows down when following a curve can be predicted precisely on the basis of local curvature on that path,” Milinkovitch said in a media release from the university. “Remarkably, such a mathematical relation between speed and path curvature also exists for human hand drawings.”

The researchers, who have published their findings in the journal Current Biology, said their results could find use in the development of bio-inspired robots that could detect, reach, grasp or manipulate objects using elephant trunk mechanics.

At the California Institute of Technology in the US, civil engineer Jose Andrade and his colleagues used 3D X-ray CT imaging devices and other equipment to observe ant tunnelling mechanisms. They expect their findings to help in robotic excavations.

“Subterranean-nesting ants execute an innate tunnelling behavioural programme that can lead to remarkably stable tunnel excavation,” the researchers said, describing their findings in the journal Proceedings of the National Academy of Sciences.

In laboratory setups intended to mimic underground soil, the scientists observed that the ants tried to be as efficient as possible. They dug their tunnels as straight as possible and as steeply as they could, right up to what engineers would call the “angle of repose”.

The angle of repose is the steepest angle at which a granular material — such as soil grains — can be piled up before it all collapses. Ants appear to sense how steep that angle is for whatever they’re digging through and do not exceed that angle, Andrade said in a media release from the university.

The scientists also found something that could help engineers in tunnel building. As the ants remove soil grains, they cause a rearrangement in the force chains around the tunnel, strengthening the tunnel walls and relieving the pressure at the end of the tunnel, allowing safer excavation.

But, the scientists say, how hundreds of ants work in unison during tunnel construction remains unknown. They believe the digging plan does not exist within any single ant.

“It is emergent colony behaviour of all these workers acting like a super-organism,” Andrade said. “How that behaviour is spread across the tiny brains of all these ants is a wonder of the natural world we have no explanation for.”