It is for the political party to decide who should be its lead campaigner and not the poll panel, said the apex court 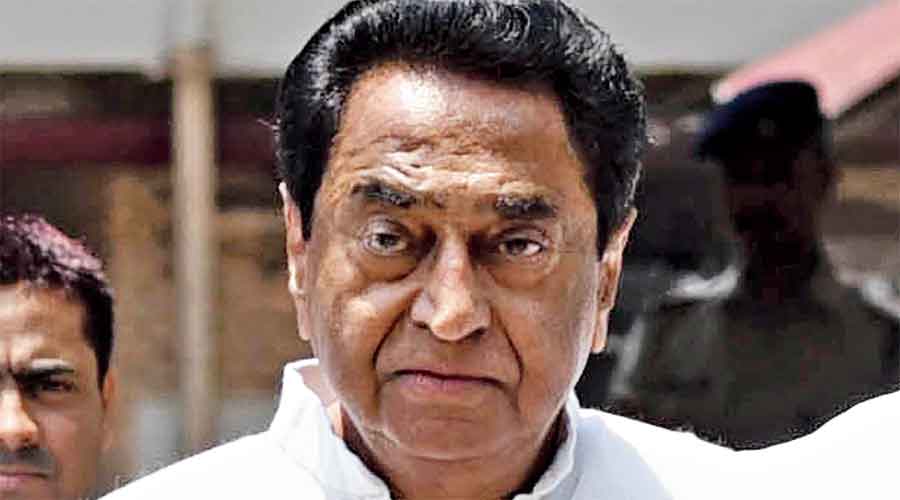 The Supreme Court on Monday stayed the Election Commission’s order divesting senior Congress leader Kamal Nath of his “star campaigner” status as the top court said it is for the political party to decide who should be its lead campaigner and not the poll panel.

“Who has given you the power to delist a candidate as the star campaigner?” Chief Justice of India S.A. Bobde, heading a bench, asked senior advocate Rakesh Dwivedi appearing for the commission.

Though Dwivedi argued that the petition had become infructuous as campaigning ended on Monday for the 28 Assembly constituencies for which polling would be held on Tuesday, the apex court rejected the argument and said it was staying the EC’s order.

“Who gives you the power to determine as to who is the leader of the party? We stay this order. You have no power…” the bench, also comprising Justices A.S. Bopanna and V. Ramasubramanian, said.

The bench said though the campaigning had ended it would like to interpret the EC’s power under Section 77 of the Representation of the People Act to examine whether the panel can delist a campaigner.

“How can the EC determine who will be a leader of the party having regard to section 77 of the act?” the CJI asked, while issuing a formal notice to the EC for its response on the issue.

The court was dealing with a petition filed by former Madhya Pradesh chief minister Kamal Nath challenging the EC’s order of October 30 to delist him as the party’s star campaigner for the bypolls to the 28 Assembly constituencies. Results of the 28 constituencies will have a crucial impact on the Shivraj Singh Chouhan government as 22 MLAs of the Congress had earlier resigned from the party and joined the BJP, which helped it to overthrow the Kamal Nath-led Congress government and form a new government.

The EC had earlier decided to delist Kamal Nath from the campaign on account of alleged multiple violations of the model code of conduct.

Besides calling a BJP candidate Imarti Devi as an “item girl”, Kamal Nath is accused of making certain intemperate remarks against chief minister Chouhan for which he was delisted as the Congress’s star campaigner.

However, in his petition before the apex court, Kamal Nath assailed the EC’s order saying the allegations against him were baseless and instead accused the poll panel of being biased towards the BJP.

He listed the following alleged instances of intemperate remarks by BJP leaders for which he said no action was taken by the EC despite complaints by the Congress:

⚫ On October 6, Kamal Patel of the BJP called Kamal Nath a “frog” in a well and said he was sitting over the funds of farmers like a “snake” in Ujjain.

⚫ On October 23, Kailash Vijayvargiya of the BJP called Kamal Nath elusive like “Raavan” at Muraina

⚫ On October 23, B.D. Sharma of the BJP alleged in Rajgadh that Digivjaya Singh practices “bhram jaal” and was a “conman”.

⚫ On October 24, Imarti Devi of the BJP used the words “luccha”, “lafanga”, “kabadi” and “pagal” for Kamal Nath and further called his sister and mother “items”.

Yet the EC chose not to take any action against the BJP, the senior Congress leader said.