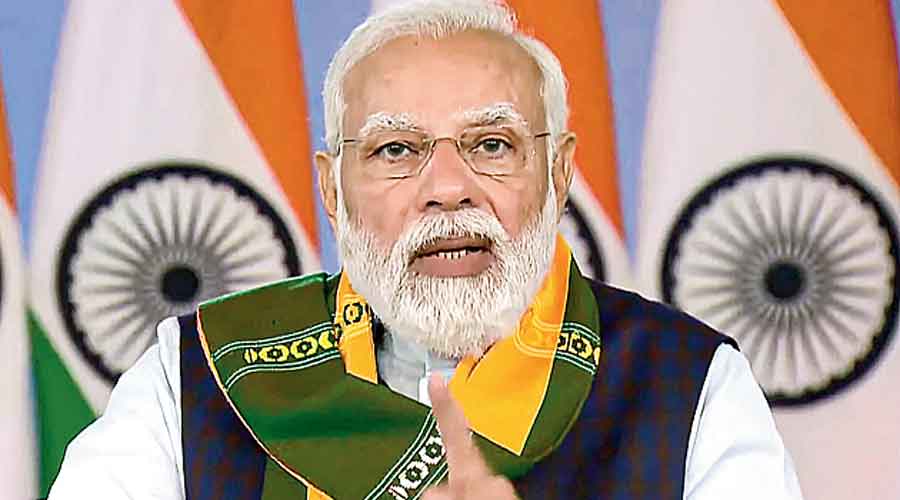 Ukraine’s ambassador on Thursday said “we are deeply dissatisfied” with India’s stance on the Russian military operation against his country, adding that Kiev expected a much more favourable attitude from New Delhi in this crisis situation.

Igor Polikha, the Ukraine ambassador to India, made an impassioned plea for a “strong voice of India in this case” while interacting with different groups of journalists at the Ukrainian embassy hours after Russia began bombing his country.

Asked if India asked for the tele-con with Putin in view of the request made by the Ukrainian ambassador, Shringla said: “India has a stake in the situation; we are a concerned party. We have economic stakes, our citizens are there.”

About the conversation, the Prime Minister’s Office said Modi appealed for immediate cessation of violence and iterated India’s position that differences between Russia and Nato can only be resolved through honest and sincere dialogue.

Modi also informed Putin of India’s concerns regarding the safety of Indian citizens in Ukraine.

Shringla insisted that Ukraine had not expressed any disappointment with India over its stance on the crisis. India has till date refrained from referring to Russia as the aggressor, not just at the UN Security Council meetings on the matter but also in the advisories issued by the Indian embassy in Ukraine.

Addressing reporters earlier in the day, Polikha had said: “At the present moment, we are asking, pleading for the support of India. India is a powerful global player. In case of aggression by a totalitarian regime against a democratic state, India should fully assume its global role. Modiji is one of the most powerful and respected leaders of the world.

“You know that you have a special, privileged, strategic partnership with Russia. I don’t know how many world leaders Putin may listen to. But the status of Modiji makes me hopeful that in case of his strong voice, Putin at least should think it over. We are expecting a much more favourable attitude of the Indian government in this crisis situation.”

He added: “We are expecting that Modiji will try to influence Putin somehow. We shall be also most grateful to Modiji for some words of support and maybe practical assistance to Ukraine.”

He referred to the two Nehruvian principles of foreign policy — non-alignment and Panchsheel — which profess mutual respect for each other’s territorial integrity and sovereignty.

Without saying so, Polikha appeared to be referring to India’s cautiously worded statements at the UN Security Council where it has studiously avoided referring to Russia in the two recent statements on the issue.

In his intervention at a Security Council meeting on Ukraine on Thursday morning, India’s permanent representative at the UN in New York, T.S. Tirumuti, said: “We note with regret that the calls of the international community to give time to the recent initiatives undertaken by parties to defuse tensions were not heeded to….’’ Again, there was no reference to Russia.

India has been a strong votary for resolving the issue through diplomacy and the Minsk Agreements. Even in the three advisories issued by the Indian embassy in Ukraine, India avoided referring to Russia, baring the balancing act New Delhi is forced to undertake between traditional ally Moscow and the new bonhomie with Washington.

In all the three advisories, the mission referred only to the martial law declared in Ukraine, the bomb alerts and air sirens and the closure of the airport.

Briefing journalists late in the night on the evolving situation in Ukraine, Shringla said India was willing to facilitate conversation between the two sides, if needed.

As for the fallout of the fresh sanctions on Russia by not just the US but also several other countries, he said the impact of these on India needed to be studied.

About the Security Council resolution that the US has drafted, Shringla said it was still being worked on and India would take a stand once it had been finalised. “We want to see the shape it will take before we can pronounce ourselves on it,’’ he said. In any case, the draft is unlikely to clear the Security Council as Russia — a permanent member — can veto it.