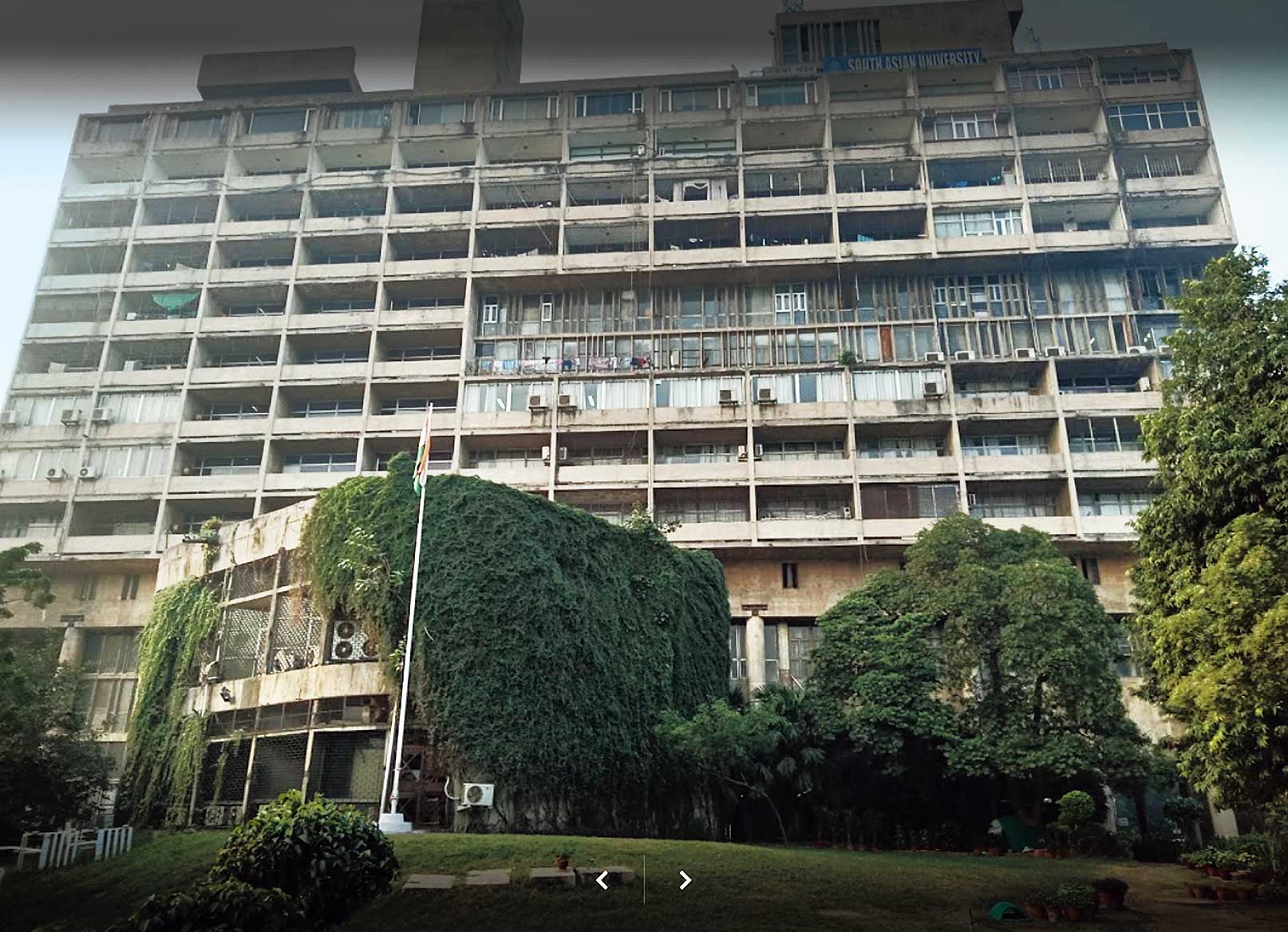 The South Asian University, started about a decade back with the aim of nurturing a new class of quality leaders in the Saarc region, has come under unwelcome spotlight amid allegations of irregularities in the appointment and work tenures of key officials.

The latest controversy that has embroiled the university — where India bears the capital investment and half the operational cost, the other Saarc nations sharing the remaining amount — involves the appointment of an Indian Foreign Service officer as the institute’s acting president.

A.V.S. Ramesh Chandra, who is on deputation from the ministry of external affairs (MEA), is also drawing the salary a regular president is entitled to.

Chandra was appointed acting president in the first week of November 2019 when Prof. Kavita Sharma was the institute’s president. Sharma handed over charge to the 1989-batch IFS officer before she demitted office.

Chandra was serving on deputation as chief liaison officer (CLO) and officer on special duty (OSD) in the rank of vice-president.

The rules are silent on who would be given charge if there is no vice-president but, going by practice at universities across the world, the senior-most professor is handed the responsibility.

The SAU — started in 2010 to enhance learning in the South Asian community and capacity building in science, technology and other areas of knowledge — has 12 professors.

Sharma defended her decision to hand over the charge to Chandra. “The CLO was the only person in the rank of vice president in SAU. The ad for the president was already out. The GB (governing board meeting) had not been held for almost two years and constant interaction was needed with (the) MEA,” Sharma wrote to The Telegraph.

The governing board, which has representation from each of the Saarc nations, is the varsity’s apex body on policy matters. The president, who is an academic, handles the day-to-day affairs of the institution, whose nodal body is the foreign ministry.

After Chandra was appointed the acting president, the university enhanced his salary to the level of president.

That meant Chandra’s salary — $39,000 a year before he was handed the charge — was immediately enhanced to $80,000, the full salary of a regular president.

There is no rule or precedent for an acting president to draw the same salary as a regular president.

Earlier, in 2014, when Prof. Rajiv Saxena had been temporarily given charge as acting president, he was not given the full salary of a president.

B. Bose, a technical project manager in the SAU till 2014, has been raising these issues of irregularities in the university.

Bose has filed a complaint with the Prime Minister’s Office. “The payment of the salary of a regular president to the acting president is unprecedented and wrong,” Bose said.

Bose has also highlighted the issue of the continuation of the registrar, A.K. Mallick, beyond eight years.

According to Provision 42.2 of the varsity’s regulations, the tenure of Grade 1A posts like the registrar and the director of finance will be eight years without the provision of a second term.

The governing board amended Provision 19 of the regulations in 2017 to allow Grade 1A and 1B officers to get two consecutive terms of five years each.

But Provision 42.2 has not been amended. Mallick, however, continues to be the varsity registrar.

Bose had complained about Mallick’s continuation as registrar and the privileges he was enjoying under the UN (Privileges and Immunities) Act, 1947.

According to the Headquarters Agreement India had signed with the Saarc secretariat in November 2008, the president and faculty members and their families were to enjoy privileges and immunities under the 1947 Act.

One of the privileges is exemption from taxation on salary and emoluments.

In January 2009, the foreign ministry issued a notification that said provisions of the 1947 Act “shall apply mutatis mutandis to the project office and officials thereof and the SAU, its president, registrar and faculty members for giving effect to the said Headquarters Agreement”.

Bose said the use of the Latin phrase “mutatis mutandis” — or making necessary alterations while not affecting the main point at issue — meant the registrar was not entitled to the privileges since the Headquarters Agreement did not provide for such facility for the registrar.

Whatever had been promised in the notification was subject to the provision of the Headquarters Agreement, which does not extend the benefit to the registrar, Bose said.

A detailed questionnaire was sent to foreign secretary Harsh Shringla and MEA spokesperson Raveesh Kumar on January 30 to understand the Indian government’s perspective on these alleged irregularities.

Separate emails were sent to acting president Chandra with a copy to the registrar and another email was sent to the governing board chairperson, Prof. Bhim Subedi, who is also the chairperson of the University Grants Commission of Nepal.

This newspaper also made telephone calls to the acting president’s office and to Subedi.

No response could be obtained from anyone.