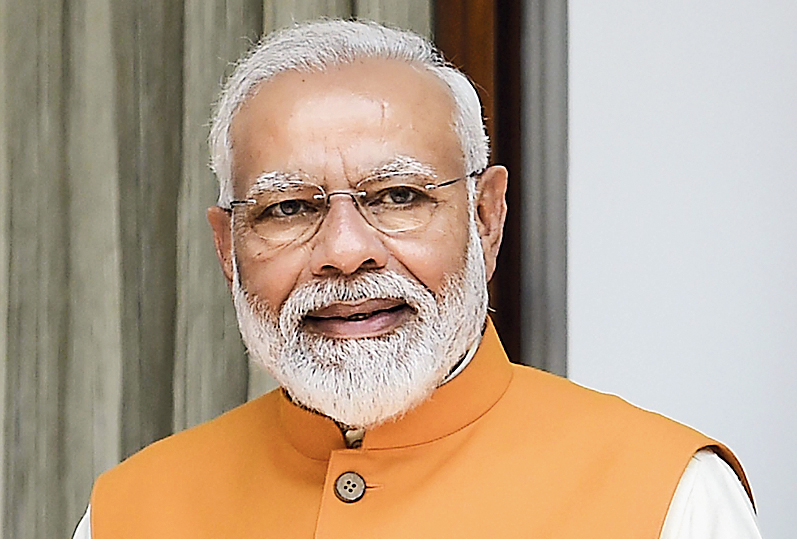 An attempt by some members of a premier body of Hindu scholars to confer sainthood on Prime Minister Narendra Modi has run into trouble, with other members calling the effort illegitimate and politically motivated.

Some members of the Kashi Vidwat Parishad, an organisation based in Modi’s constituency of Varanasi, had last week announced the Prime Minister would be honoured with the title of “Rashtra Rishi” (National Sage or National Saint).

But several other members, including Parishad general secretary Shivaji Upadhyaya, told reporters on Monday the so-called decision was not taken at the correct forum or with the requisite quorum.

“It’s the handiwork of a few sycophants of the ruling dispensation. They decided to bestow this title on the Prime Minister without consulting the politically neutral members and without quorum,” Upadhyaya said.

“Any such decision has to be passed at a general body meeting with the consent of three-fourths of the 24 members. No such meeting was convened. Just two people sat together and announced to the media a ceremony would be held in Varanasi to confer the title on the Prime Minister.”

Rishi Dwivedi, a Parishad member, told The Telegraph: “I fully agree with Upadhyaya. Even I was not informed about any meeting or decision.”

He argued that the title “Rashtra Rishi” was a “wrong and impure” coinage that lacked scriptural sanction. “The pure word is ‘Rajarshi’,” Dwivedi said.

“Rashtra Rishi” appears to be a coinage by Baba Ramdev, who had honoured Modi with the tag two years ago when the Prime Minister inaugurated a research institute at the yoga televangelist’s Patanjali Yogpeeth in Haridwar.

The conferment of such a title by the Parishad, which Allahabad High Court has consulted over disputes relating to the Hindu religion, might be deemed to carry more weight — although such canonisation by it has in the past been tainted by political controversy.

The Parishad had honoured then Prime Minister Vishwanath Pratap Singh with the title “Brahmarshi” in January 1990, only to withdraw it in August that year when he accepted the Mandal Commission recommendations on OBC reservations, opening itself to charges of advocating “Manuvad”.

A Parishad member told this newspaper on the condition of anonymity that certain central BJP leaders and ministers from the Yogi Adityanath government had contacted two of the organisation’s members before the general election to lobby for a title for Modi.

“These two members are known BJP stooges. They take favours from the government and do nothing except praise Modi and Adityanath,” he said.

“Over 90 per cent of Parishad members opposed the idea of granting the title to Modi, which is why it couldn’t be done before the election. But the stooges got cracking again after the results.

“These two members have lowered the prestige of the Parishad, which is the highest body for discourses on Hinduism. These sycophants have entered the Parishad with the help of the BJP and the RSS.”

Parishad secretary Ram Narayan Dwivedi told reporters that all norms had been followed while taking the “decision” to honour Modi with the title. “It was decided at an emergency meeting on May 28. Most of the members agreed that like the saints of old, Modi too cared for every living being. His government’s schemes are meant for all,” he said.

A state BJP spokesperson in Lucknow, asking not to be identified, said no party leader had pressured the Parishad to grant the title to Modi.