The order has implications far beyond the Valley 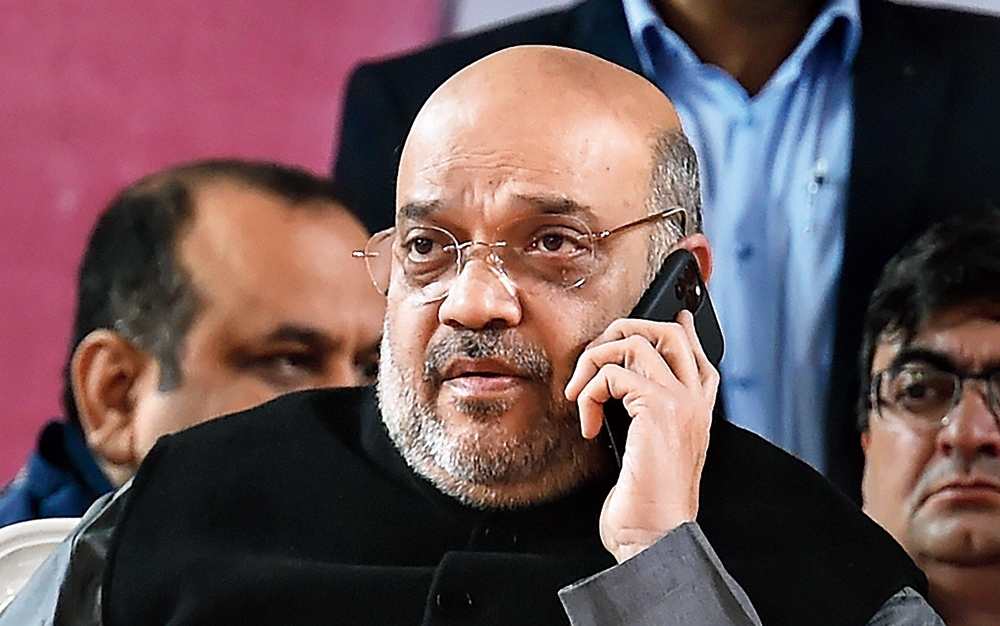 Access to the Internet for legitimate activities is protected by the Constitution and Section 144 cannot be imposed frequently or to crush the expression of grievances and opinions, the Supreme Court ruled on Friday in a staggering blow to the Narendra Modi government.

The top court directed the Centre and Jammu and Kashmir to “review” all the restrictions on Internet and phone services and people’s movement in the region “forthwith”, ruling that such curbs cannot be imposed indefinitely on citizens.

The order has implications far beyond Jammu and Kashmir, especially in the season of unparalleled popular protests in the country against the amended citizenship regime.

Section 144 of the CrPC, which bans even peaceful assemblies of more than four people, has been indiscriminately imposed in several BJP-ruled states in recent weeks to try and pre-empt the protests. Historian Ramachandra Guha was detained in Bangalore last month citing this section.

On Friday, the bench of Justices N.V. Ramana, R. Subhash Reddy and B.R. Gavai rued the absence of a legal time limit for restrictions on telecom services, including the Internet. It said that until Parliament legislated such a limit, Friday’s ruling would have the force of law.

Rejecting the government’s pleas, the court said that authorities must within one week make public the detailed reasons for any restrictions on Internet or people’s movements so that citizens can challenge such orders judicially. This applies to all future imposition of such curbs anywhere.

Union home minister Amit Shah, the purported spearhead of the Kashmir drive, has been painting a picture of normality in the Valley.

The court ruled that Section 144 can be imposed only if the anticipated danger has “the nature of an emergency”. It cannot be used “to suppress the legitimate expression of opinion or grievance or exercise of any democratic rights”.

Repeated imposition of Section 144 “would be an abuse of power”, the bench said.

It also ruled that the Constitution guarantees citizens the freedom of expression and freedom to practise “any profession or carry on any trade, business or occupation over the medium of Internet” under Articles 19(1)(a) and 19(1)(g).

So, any “restrictions upon such fundamental rights should be in consonance with the mandate” for reasonable restrictions, “inclusive of the test of proportionality”.

The directions came on a batch of petitions filed by Kashmir Times editor Anuradha Bhasin, Congress veteran Ghulam Nabi Azad and others challenging the clampdown in Jammu and Kashmir since August 5, when the erstwhile state’s special status was abrogated.

People’s movements were severely curbed and phone and Internet services blocked in Jammu and Kashmir for months without any clear reasons being stated. Prepaid mobile connections still remain blocked in the Valley while Internet services have been restored in a limited manner for a select few, such as journalists and hospitals.

Some key points of the 130-page judgment:

On the petitioners’ complaint against the media restrictions, the bench said that freedom of the press was a requirement in any democratic society for its effective functioning and that governments were required to respect this at all times.

Another set of petitions has challenged the constitutional validity of the abrogation of Article 370 provisions, and is being heard by a five-judge Constitution bench that will resume its hearings on January 21.