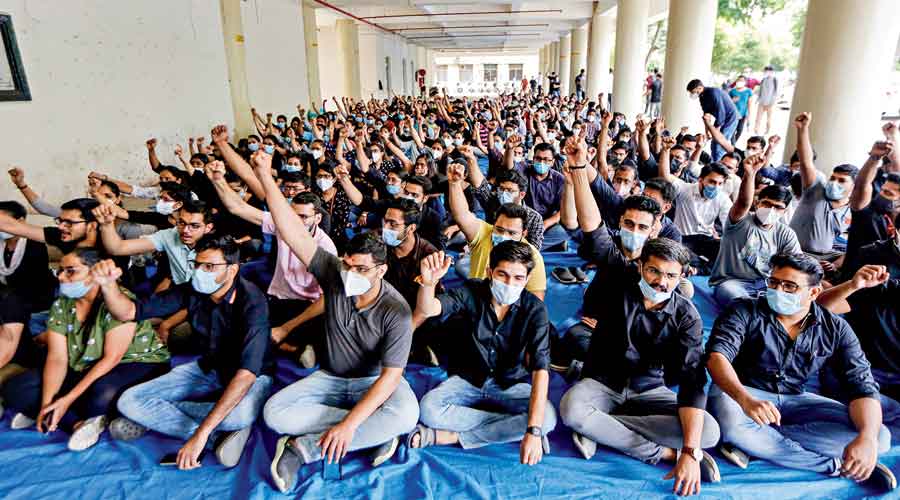 Resident doctors of six medical colleges in Gujarat observed “Black Day” on Saturday after the state government dismissed their strike as “illegal” and threatened to invoke the Epidemic Diseases Act against them, while two colleges in Vadodara and Jamnagar ordered striking resident doctors to immediately vacate their hostels.

At least 2,000 resident doctors in the state have been on strike since Wednesday protesting over the service bond period and implementation of the 7th Pay Commission recommendations.

Medical students in government colleges in Gujarat sign a bond that requires them to serve in a rural area for one year after graduation. During the Covid surge in April, the government had announced that a day of Covid duty would be considered equivalent to two days of bond duty. This meant that doctors on Covid duty would be able to serve out their bond period in six months instead of one year. But in July, by when cases had dropped, the government rolled this back.

“We are the same corona warriors who continued to go on duty without worrying about food. We ensured that Covid-19 patients were treated well. The same government, which showered petals on us for being corona warriors, is now treating us like this,” a striking resident doctor said.