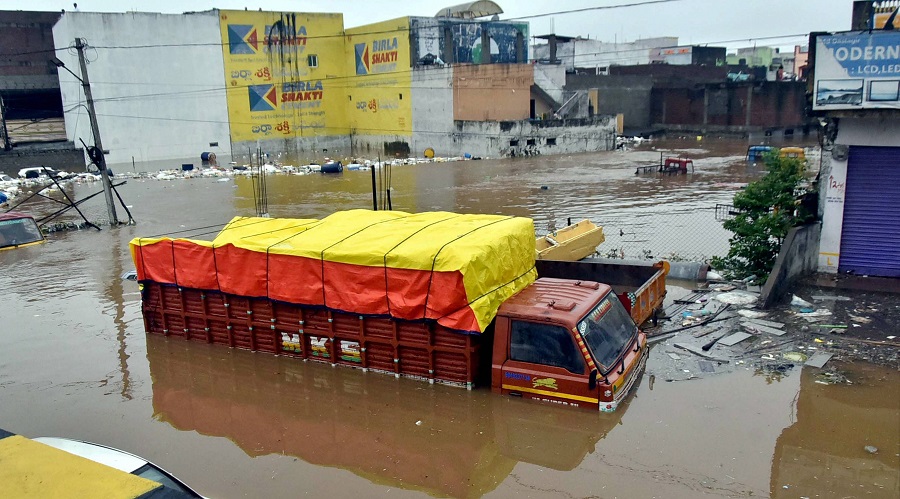 Relief operations were underway on Thursday in Hyderabad and other places in Telangana in the wake of heavy rains thatcaused inundation of low-lying areas, damage to property and also standing agriculture crops.

Chief Minister K Chandrasekhar Rao would hold a meeting with ministers and officials on Thursday afternoon on the rain relief measures.

State Chief Secretary Somesh Kumar told P T I that the relief teams were working on Thursday to pump out water from localities where water stagnation was reported, to help citizens there and to restore normal traffic.

He said 61 relief centres were operational and that more were being added wherever required.

About 1.5 lakh food packets were being supplied and Annapurna subsidised food canteens in the city were utilised in the areas where water stagnated, he said.

The relief camps would continue for a couple of days, he added.

The rainfall was unprecedented in and around Greater Hyderabad Municipal Corporation (GHMC) and that the government machinery was successful in containing human loss and loss of property, he said.

An official release said the Chief Minister has instructed officials to come to the meeting convened by him with details regarding the losses suffered in their respective departments.

The meeting would discuss the rehabilitation measures taken, additional measures to be taken and the issues to be mentioned in a report to be submitted to the Centre, the release said.