An FIR against the woman for alleged use of unparliamentary language, threatening the judge and obstructing judicial proceedings 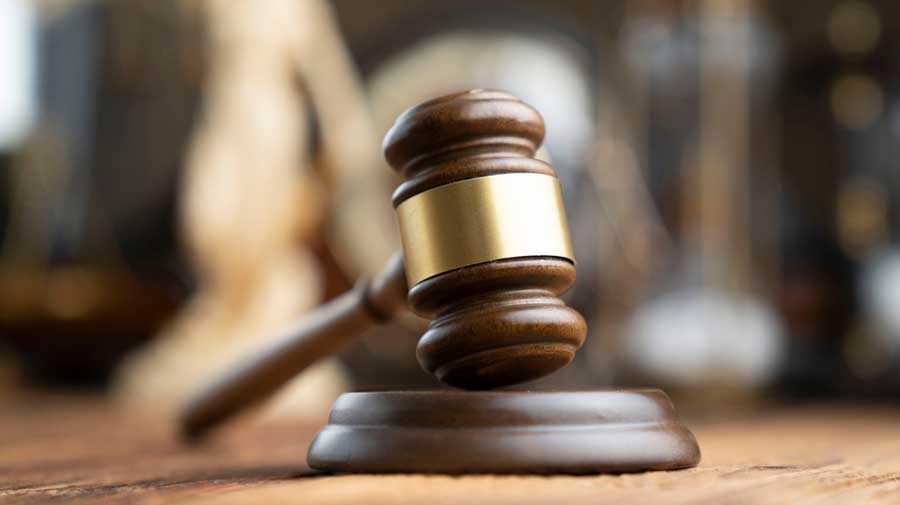 The survivor and two others were sent to the nearest quarantine jail for women, which is 265km from Araria at Dalsinghsarai in Samastipur district.
Shutterstock
Dev Raj   |   Patna   |   Published 15.07.20, 02:32 AM

A gang-rape survivor who yelled in court possibly because of a nervous breakdown after waiting for three hours in a dingy corridor in close proximity with an alleged accomplice of the rapists has been sent to jail for 14 days in Bihar, a member of a civil society organisation has said.

Two members of the organisation, the Jan Jagaran Shakti Sangathan (JJSS), who helped the 22-year-old woman and persuaded her to file the rape complaint have also been sent to judicial custody.

An FIR has been registered against the woman in Araria town, around 320km from Patna, and the two others for alleged use of unparliamentary language, threatening the judge, snatching a copy of the survivor’s statement from him and obstructing judicial proceedings.

The survivor and two others were sent to the nearest quarantine jail for women, which is 265km from Araria at Dalsinghsarai in Samastipur district. Amid the pandemic outbreak, quarantine jails have been set up to isolate prisoners for 14 days before they are shifted to regular prisons.

On Tuesday night, Araria district and sessions judge Piyush Kamal Dixit, the senior-most judge of the district, told The Telegraph in response to a question: “The incident has come to my knowledge. I had asked the chief judicial magistrate to look into the matter. I did not know that the victim has also been sent to jail. It’s a judicial order, hence I cannot interfere in it. They will have to move for bail. I will see what can be done at my level.”

The judge added: “All courts, even if it is of a judicial magistrate, have their dignity and we do not interfere in judicial proceedings. There are many IPC (Indian Penal Code) sections that we normally do not use.”

The woman had been gang-raped allegedly by four persons on the evening of July 6 at a deserted place near a canal in Araria after being lured by an acquaintance on the pretext of teaching her how to ride a motorcycle. She was dumped late at night at a fish market.

The acquaintance is the only person named in the woman’s FIR, which does not accuse him of rape but says he had led her to four men unknown to her.

The woman, who was in trauma and did not want to go home in that condition, called up Kalyani Badola, a member of the JJSS and at whose home she worked as a domestic help.

Kalyani took the survivor home. The next day, JJSS members helped her register an FIR at the local women’s police station. The woman’s acquaintance was arrested.

Over the next couple of days, the woman underwent medical examination, which confirmed rape. She was taken to the judicial magistrate’s court for recording her statement on July 10.

“That day, we had been out with the survivor since 11am. First, we had gone to the police station and then to the court. It was a hot and humid day. We were waiting for judicial magistrate-I Mustafa Shahi and had objected to peshkar (court clerk) Rajeev Ranjan Sinha questioning her. The peshkar had asked her to remove her mask in the presence of a few other people so that she could be more audible. Her father was also present there,” JJSS member Kamayani Swami told this newspaper.

The formalities over, the rape survivor and the others accompanying her were made to stand in the corridor while waiting for the judicial magistrate.

During the three-hour wait, the survivor was just a few feet away from the man who had allegedly taken her to her tormentors.

“The trauma, fatigue, her mental condition, and the long wait for hours in a hot and humid corridor that had no arrangements for people to sit proved too much for the survivor. She gave her statement before the magistrate, but when it was read out to her so that she could sign, she had a nervous breakdown. She started screaming that she could not understand anything, she kept asking for Kalyani to be present there and she refused to sign,” Kamayani said.

The judicial magistrate called the investigating officer to make the woman understand that she has to sign the statement, which she did after the lady officer spoke to her.

Afterwards, the rape victim came out of the courtroom and began shouting at Kalyani and the others for leaving her alone, which was mandatory for recording the statement. Soon after, the judicial magistrate called Kalyani and asked who she was and why the rape victim had been calling her constantly, according to Kamayani.

“Kalyani tried to explain everything to him and said that if the survivor did not understand the statement, it could have been read out to her again. The judicial magistrate did not like the suggestion. Hearing loud noises coming from inside, another of our colleagues, Tanmay, rushed in,” a media release by the JJSS said.

“The judicial magistrate switched on the voice recorder of his mobile and asked what everybody wanted. Kalyani and Tanmay said that if the survivor did not understand the statement, it should be read again to her. At this juncture, the survivor was told that she would be sent home with her father, which she did not want due to societal conditions. So she also started speaking loudly,” the release added.

The FIR mentions eight persons as witnesses. All three, including the rape survivor, were produced in the chief judicial magistrate’s court on July 11 evening and sent to 14 days’ judicial custody.

Asked what happened in the judicial magistrate’s court on July 10, Araria sub-divisional police officer Pushkar Kumar told this newspaper: “When the survivor refused to sign the statement and started screaming, the judicial magistrate called the IO (investigation officer) and lambasted her for not teaching her court discipline. The IO said the woman was a rape survivor, already distraught, and asked what she could be taught in such a condition. The victim signed the statement later.”

“However, it seems that the JJSS people raised slogans in court and said something. They all were arrested on the court’s order,” Kumar added.

The SDPO said the police were investigating whether it was gang rape.

Kamayani said a bail application for all three would be moved on Wednesday.