Manoj Jha writes to the president on academic witchhunt 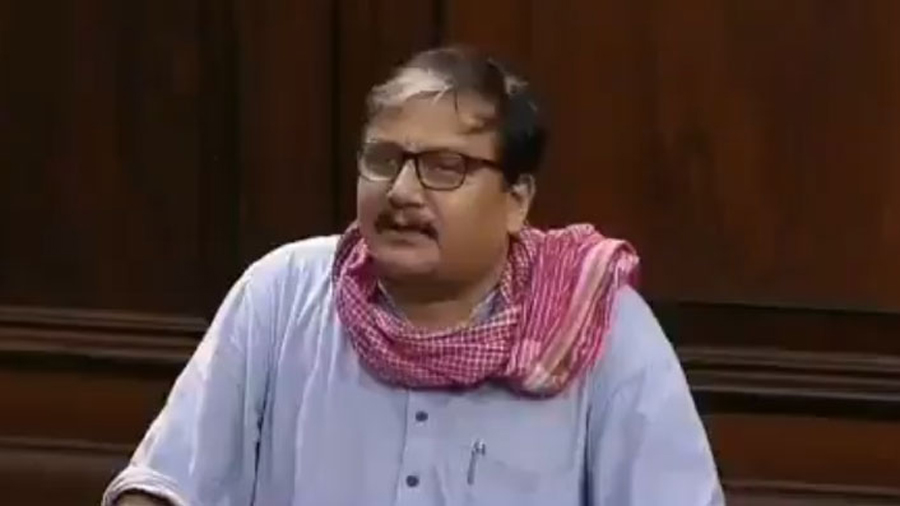 Jha had previously spoken out against alleged police atrocities on those protesting against the new citizenship matrix and the force’s purported complicity in the February communal riots that killed 53 people. He wrote to the President on Thursday after two news channels aired purported excerpts of confessions by two youths in police custody, accused of instigating the riots.

News channels, including one that described Apoorvanand as “Dilli dangon ka professor” (the professor of Delhi riots), cited unnamed police sources to say that 28-year-old Gulfisha Fatima had confessed that Apoorvanand was the main instigator of the riots.

Fatima has been booked in four FIRs on the charges of murder and Arms Act violations, and under the Unlawful Activities (Prevention) Act (UAPA).

Earlier this month, another channel had reported that Jamia Millia Islamia student Meeran Haider — a local leader of the youth wing of Jha’s party, Rashtriya Janata Dal, who too has been booked under the UAPA— had confessed that the riots had been planned on the campus with funding from the Popular Front of India, a volunteer group that focuses on Muslims and Dalits and holds RSS-like drills in uniform.

Manoj Jha wrote: “I write this to you to express my concern at the openly vengeful investigation being carried out by Delhi police in the matter of an alleged conspiracy to instigate and execute violence in Delhi.”

Jha added: “The latest in the list is Professor Apoorvanand, public intellectual and renowned academician from the University of Delhi…. The invocation of anti-terror laws against the student activists, floating in the media the alleged ‘disclosures’ and ‘confessions’ by Gulfisha, Meeran Haider and several others who are in judicial custody, only strengthens our belief that these investigations are vindictive and biased.”

Jha continued: “You may recall the Delhi High Court’s recent directives against publication of the police versions against accused under-trials. These would apply with greater force to those who are not even accused. We hope that looking at things as they appear, you will direct the government to stop the farcical media trial and drop these false charges against human rights activists, students and academicians.”

In July, Delhi High Court had reprimanded police for trying to sway public opinion against Jawaharlal Nehru University student Devangana Kalita — in jail after three FIRs were registered against her, including charges under the UAPA — by issuing media releases with selective information of the probe.

On Friday, the high court reserved its order on Kalita’s bail plea after the police said they were a kilometre away from her and unable to record videos of her alleged inflammatory speeches. Kalita’s defence counsel and Congress leader Kapil Sibal, however, showed the court videos of police personnel video-recording the protest.

The MP, in his letter, added: “We cannot help but remind you of the horrendous video from 24th February, which showed policemen forcing injured and bleeding Muslim youth to sing the national anthem. All patriots will be revolted at the debasing of the great song by the actions of these policemen. One of those injured young men later succumbed to his injuries. We do not know if any departmental action and criminal proceedings have been initiated against the guilty police officers. Following the violence, the Special Cell (of the police) has been spinning a theory that the violence was a result of a conspiracy planned and executed by those who have been part of the protest against the Citizenship Amendment Act.”

He said: “By arresting and linking students and activists involved in the protests with the outbreak of violence, Delhi police (are) firstly criminalising the democratic right of the citizens to protest with the intention of silencing the voices against CAA. Secondly, this deflects attention from the role of the police and the administration who stood by and watched as houses burnt and people were killed.”

Manoj Jha has taught at the department of social work in DU since 2002 and did his MA and PhD from the university. Before that, he taught for eight years at Jamia Millia Islamia. Apoorvanand has taught at DU since 2004, before which he taught at Mahatma Gandhi Antarrashtriya Hindi Vishvavidyalaya, Wardha, and Magadh University, Bodh Gaya.

Earlier this month, he was interrogated by the police for five hours and his mobile phone was seized.