In a series of tweets and a statement, the Central Chennai MP described how it came as a surprise when the former Union Minister, made the revelation 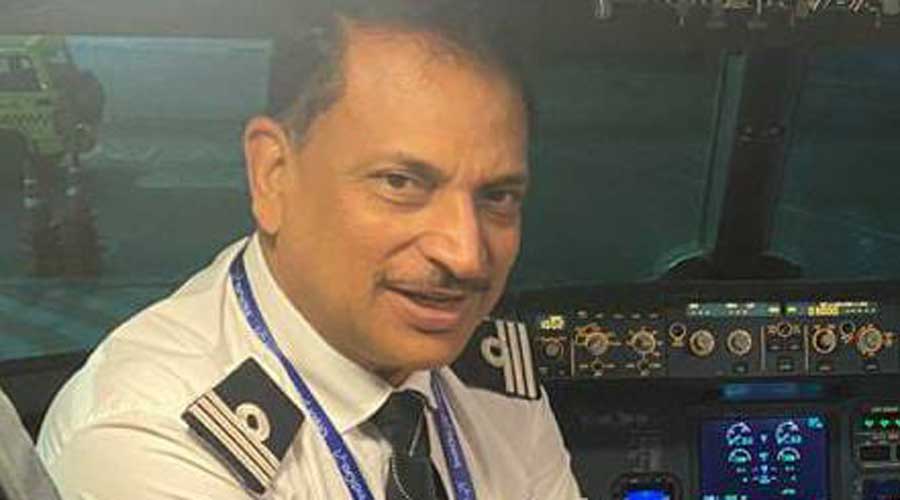 So, how does it feel when a fellow Parliamentarian doubles up as your commercial aircraft pilot? Ask Dayanidhi Maran.

"A flight to remember indeed," Maran said, after he travelled in a private aircraft from Delhi, piloted by none other than Rajiv Pratap Rudy, MP, with the face mask initally hiding his identity, before the Captain declared he will fly the DMK MP and others all the way here in the three hour flight on Tuesday.

In a series of tweets and a statement, the Central Chennai MP described how it came as a surprise when Rudy, a former Union Minister, made the revelation.

"So you are traveling in this flight as well, said a person dressed in the Captain's uniform. I could not recognize him with his mask on, although his voice sounded familiar. I nodded my head, still wondering who it could be. He looked at me and his eyes gave away the smile behind the mask," Maran said.

"So you dont recognize me,he exclaimed. I realized then that it was none other than my colleague, senior Member of Parliament and former Union Minister- my very good friend Thiru @RajivPratapRudy!" Maran added.

I boarded the Indigo flight 6E864 from Delhi to Chennai after attending a meeting of the parliamentary Estimates Committee. I happened to sit in the first row, as the crew declared that the boarding had completed.

He recalled that just two hours from then, the two were part of intense discussions at the Estimates Committee and now "I couldn't believe my eyes, seeing his transformation from a politician to a pilot."

"I was pleasantly surprised and told Rudyji that I couldn't believe that he was going to be the captain flying us from Delhi to Chennai.

He laughed and said "Yes, I noticed that you didn't recognize me. I fly frequently!," Maran said.

He added he was honoured to be flown by his good friend and colleague and recalled that Rudy served as a Minister of State (in the NDA government), when his father, the late Murasoli Maran, was the Union Minister for Commerce.

"A flight to remember indeed! How often does a sitting Member of Parliament captain a commercial flight? I'm sure I will be talking about this for a long time. Thank you Captain @RajivPratapRudy , MP for flying us safely from Delhi to Chennai!" the DMK leader said.

Rudy, Lok Sabha MP from Bihar, responded to Maran in a series of tweets in Tamil and expressed joy and surprise over Maran being a passenger in his piloted craft on Tuesday.

While recalling his days with Murasoli Maran, Rudy also hailed Dayanidhi as a "successful aviation entrepreneur and union minister."