Advertisement
Home / India / Salve and Rohatgi represent Pilot’s dissidents in case
Telling choice of lawyers, Cong sure others at play

Speculations end about a possible dichotomy 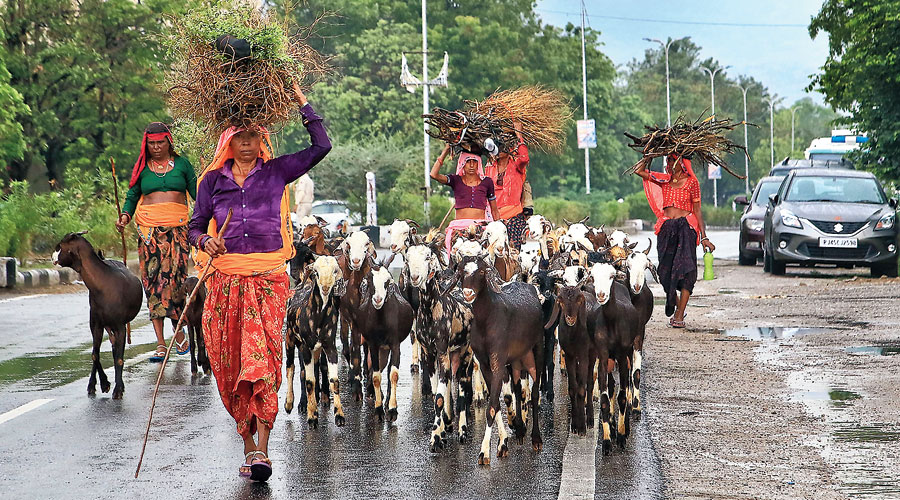 Sachin Pilot’s choice of lawyers — Harish Salve and Mukul Rohatgi — to represent the dissidents in a disqualification case at Jaipur High Court finally convinced the Congress on Thursday that he was playing into the BJP’s hands and shut the bargaining counters for his return.

While Pilot’s decision to challenge the disqualification notices sent by Assembly Speaker C.P. Joshi had already demonstrated his defiant intent, the choice of lawyers sealed his fate.

Salve and Rohatgi are considered close to the BJP and Prime Minister Narendra Modi, and have over the past six years tackled in various courts the key political and legal problems the government has faced. Rohatgi was the attorney-general till a few months ago.

Pilot cannot be so naïve as to miss the symbolism of their selection and is obviously not wary of declaring war openly.

Those in the Congress who believed throughout that Pilot was with the enemy and saw his assertions about not joining the BJP as a ploy to lull the Congress into complacency are now delighted that the doors are closed to his return.

“Good that the Modi government has unleashed its legal power to help the Congress rebels. The fig leaf is removed,” a senior Congress leader told The Telegraph.

“You don’t execute such plans overnight. It was all planned out. Otherwise, the rebel MLAs could have stayed in Delhi, not in Manesar hotels under the protection of Haryana police,” he added. The BJP is in power in Haryana.

The leader also referred to Monday’s income-tax and Enforcement Directorate raids on associates of Rajasthan chief minister Ashok Gehlot, whom Pilot saw as his chief adversary.

“See the timing of the income-tax, ED raids. The link is established — from the recordings we have to the lawyers chosen. What more proof is required?” the leader said.

Thursday’s developments have ended the speculation about a possible dichotomy between the strategies of the party high command, who had seemed open to Pilot’s return, and Gehlot, who had been castigating him.

The blow-hot-blow-cold approach seems to have been carefully planned as there was genuine confusion about Pilot’s intentions.

Asked if the party had failed to read Pilot’s game correctly, a leader said: “If that is the case, how do you explain the swift action? We approached him and requested him to return. That was a practical approach and we ensured that he does not have the excuse about the leadership’s apathy.”

When Jyotiraditya Scindia defected to the BJP, there had been an effort to create the impression that the high command had rebuffed him, with both Sonia Gandhi and Rahul Gandhi refusing to meet him.

Rahul later said that Scindia was one person who could walk into his home anytime without permission, and Congress sources claimed Scindia had cut himself off, refusing to talk to anybody in the days before his departure. But Scindia still succeeded in sending out the message that he had been ill-treated.

Pilot will not have that excuse as the engagement with him took place at the highest level: five senior leaders spoke to him over a dozen times.

“We had evidence of the hole-and-corner business between Pilot and the BJP for some time but we didn’t want the high command to sack him straightaway,” a Congress insider said over the phone from Jaipur.

“It was good that sincere attempts were made to persuade him. But if somebody is not willing to mend his ways and launches a war on the party with the help of the Modi-Shah army, we would also fight him with full force.”

The court proceedings could not be completed on Thursday. Salve sought time to file an amended petition, which was filed later in the evening. The chief justice has referred the case to a two-judge bench. The hearings were to resume on Friday or later on Thursday night.

Sources say the Rajasthan Speaker may disqualify a few frontline rebels to begin with, giving the rest another opportunity to return.

The Gehlot government’s survival becomes easier if some MLAs are disqualified as that would bring the majority mark down.

The government got some relief on Thursday with the Bharatiya Tribal Party, which has two MLAs, announcing support for Gehlot. Its MLAs had till Wednesday given an impression that they would support Pilot, and some reports had suggested they were already in a Manesar hotel.