Rain and landslides kill 22 in Himachal 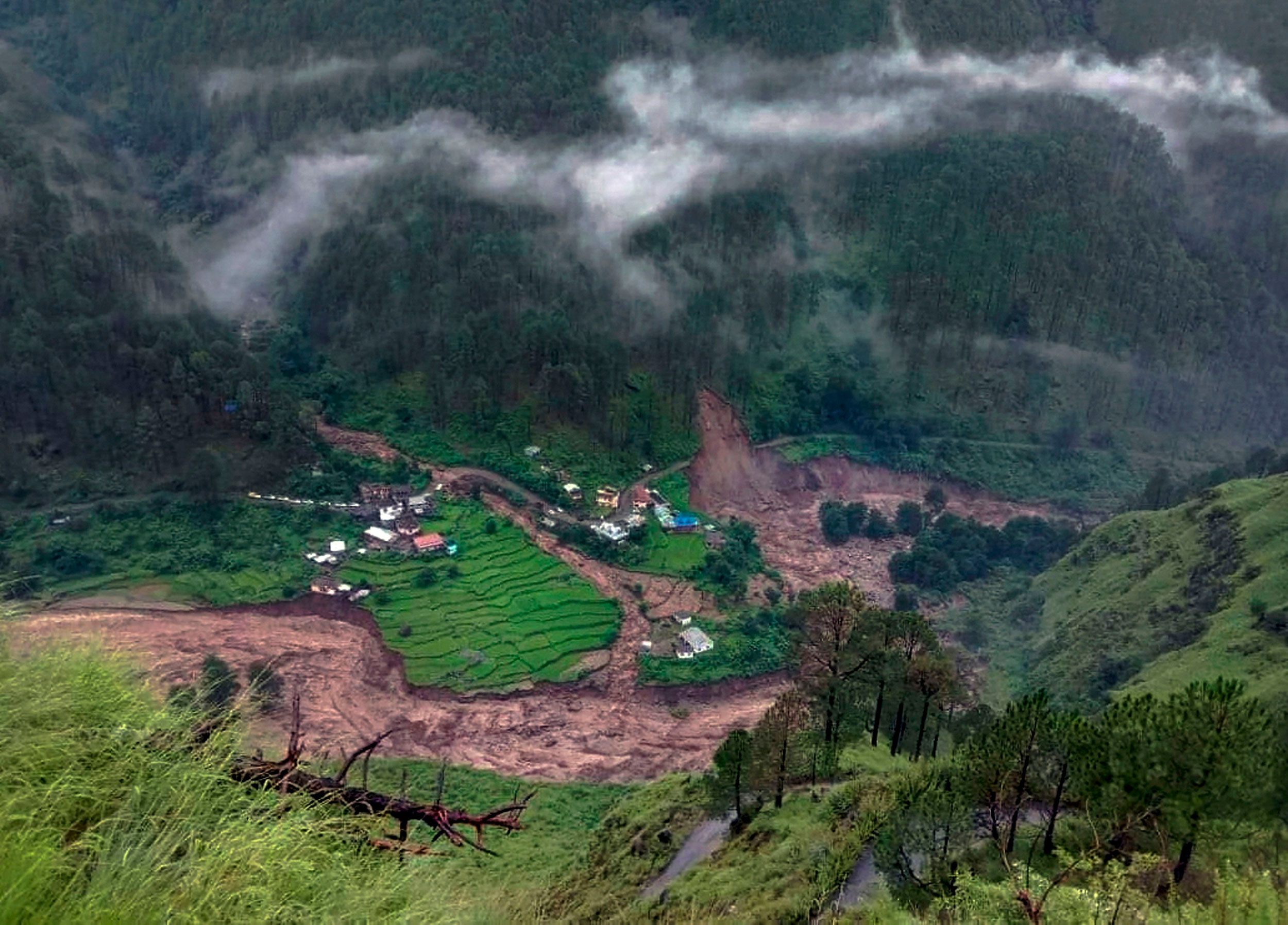 At least eight people were missing in Uttarakhand, where landslides blocked parts of the routes to Kedarnath, Badrinath, Gangotri, Yamunotri and Kailash-Mansarovar, prompting the administration to move pilgrims to safer places.

All schools, colleges and universities in the Shimla and Kullu districts of Himachal Pradesh will remain closed on Monday because of the continuing “heavy to extremely heavy” rain, officials said.

An official said the state had lost Rs 490 crore worth of government property to the rain.

Nine people died in Shimla, five in Solan, two each in Kullu, Sirmaur and Chamba and one each in Una and Lahaul-Spiti districts.

A landslide near the regional transport office in Shimla left three people dead and one injured, police said.

Two Nepali men died in the Narkand area of Shimla district and three people were injured when a tree fell on their house.

A labourer was killed and six were injured when the wall of a house caved in at the Lower Cemetery area following heavy rain. Shah Alam, the dead man, was a migrant from Kishanganj district, Bihar.

A 70-year-old man and a seven-year-old child died in a house collapse at Lona in Chamba at 3.30am, the police said. In Kullu, a man, Chooni Lal, was washed away into

the Sujwad Nullah despite efforts by local people to rescue him.

A landslide killed a tourist in Balarga, between Manikaran and Barsheni.

Cloudbursts flattened several homes in the villages of Arakot, Makuri and Tikochi in the Uttarkashi district of Uttarakhand.

A woman was washed away in Dehradun district when her car fell into a seasonal river, the State Emergency Operations Centre said.