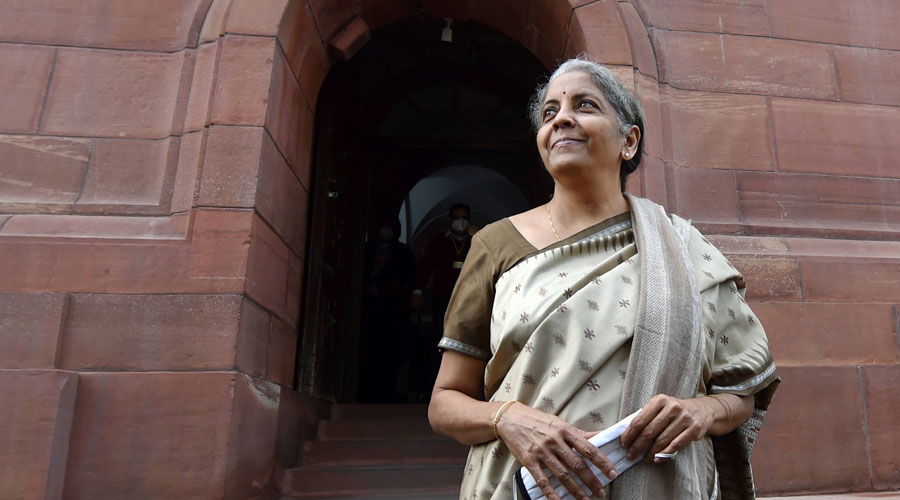 The finance minister devoted a considerable part of her reply in the Lok Sabha to the general discussion on the budget to responding to the Congress MP, suggesting that Rahul’s barbs had hit home.

But the finance minister’s moniker for Rahul raises some fundamental questions.

Is the Opposition MP a “doomsday man for India” or was he doing his job by highlighting that the government was not doing its job? The following are some of the issues flagged by Rahul:

On November 9, 2016 — a day after the demonetisation — Rahul had said: “Once again Mr Modi shows how little he cares about the ordinary people of this country — farmers, small shopkeepers, housewives — all thrown into utter chaos. The real culprits sit tight on their black money stashed away abroad or in bullion/real estate.”

Prime Minister Narendra Modi had steamrollered such opinions. Countless people suffered, at least a hundred died and the economy was dealt a body blow by the ill-planned adventure. The Indian economy never really recovered from that staggering disruption.

The government insists the demonetisation was a success. But its key objective — unearthing black money — was not met. Even the grand claims about digitisation are dubious: the value of bank notes currently in circulation is 57 per cent higher at Rs 28.23 lakh crore (as of February 5, 2021) compared with Rs 17.97 lakh crore on November 4, 2016 — four days before Modi announced the demonetisation.

Most economists had decried the move. One admirer of the demonetisation had stood out: The Global Times, run by the Chinese communist party’s mouthpiece, praised the note recall. But later the publication called the demonetisation a failure.

As early as February 12, 2020, Rahul had warned that “the coronavirus is an extremely serious threat to our people and our economy. My sense is the government is not taking this threat seriously. Timely action is critical.”

On February 24, the Namaste Trump event was held in Ahmedabad, where then US President Donald Trump and Modi serenaded each other in front of a huge crowd. On March 3, Modi assured the country: “There is no need to panic. We need to work together, take small yet important measures to ensure self-protection.”

Rahul issued warning after warning, culminating in a March 18 appeal: “Quick aggressive action is the answer to tackling the coronavirus. India is going to pay an extremely heavy price for our government’s inability to act decisively.”

It took another six days for the announcement to be made of a nationwide lockdown — abrupt, without preparation, and ruthless. A humanitarian tragedy unfolded on Indian roads. It was a man-made, not virus-created, disaster.

Within a few days of the lockdown, Rahul had realised the magnitude of the crisis — something sections of the mainstream media ignored while the government continued to sink its head in the sand.

“Out of work and facing an uncertain future, millions of our brothers and sisters across India are struggling to find their way back home. It’s shameful that we’ve allowed any Indian citizen to be treated this way and that the government had no contingency plans in place for this exodus,” Rahul said on March 28 as the highways witnessed an inhuman tragedy on a scale never seen after Partition.

Not that the Opposition MP had confined himself to criticising the government. He had offered solid suggestions.

“It’s important that we have a strategy to come out of the lockdown. The lockdown allows time and space to put in medical resources: ramp up testing abilities, prepare hospitals, get ventilators…. So, all of India needs to fight this together,” he had said.

“The fight against the coronavirus is on two fronts — medical and economic…. Like the Nyay scheme, give money directly to 20 per cent of the poor because they are facing difficulties…. There will be a shortage of food but there’s plenty of storage in the warehouse. Give food to the poor and include those as well who do not have ration cards. Create a way for food safety….”

Finance minister Sitharaman did not think twice before declaring in the House on Saturday: “Continuously he created fake narratives.… Gandhi said so many people will die due to Covid-19.…”

As on Saturday night, over 1.5 lakh Indians had died of Covid. It is not a negligible count although it may appear low compared with the overall population and the tolls elsewhere.

The full cost to life and the living is yet to unfold. Still, the minister thought nothing of reducing the gravest global crisis of our time into a bragging point.
China

On Saturday, Sitharaman recalled a “border” issue while discussing the budget.

“When there was a crisis on the border, instead of talking to us, they were talking to the embassy and inquiring about the border,” she said, presumably referring to China and the Doklam standoff of 2017.

Much water has flowed down the ravines of the Ladakh border since then.

Many Indian government leaders are terrified of even uttering China’s name in most of their comments on the transgressions and bloodshed committed by the Chinese along the Ladakh border. The Prime Minister is yet to clarify what he had meant when he said there was no intrusion even after 20 Indian soldiers had been killed.

Opaqueness has been the hallmark of the Modi government’s China policy.

Rahul has been persistent and fearless — as an Opposition MP should be.

A sample of Rahul’s observations and questions that are yet to evoke a satisfactory reply from the government:

May 29: The government’s silence about the border situation with China is fuelling massive speculation and uncertainty at a time of crisis. GoI must come clean and tell India exactly what’s happening.

June 9: Once Raksha Mantri is done commenting on the hand symbol, can he answer: Have the Chinese occupied Indian territory in Ladakh?

June 17: How dare China kill our soldiers? How dare they take our land?

June 20: PM has surrendered Indian territory to Chinese aggression. If the land was Chinese: 1. Why were our soldiers killed? 2. Where were they killed?

The Opposition MP was among the first to gauge the deep resentment among the farmers towards the new farm laws. As early as in October, Rahul had held tractor rallies in Punjab and Haryana.

His words of caution were treated with derision by the government. The issue has now snowballed into something Modi has never faced before.
Doomsday Man? Sounds more like an Opposition MP trying to do his job.