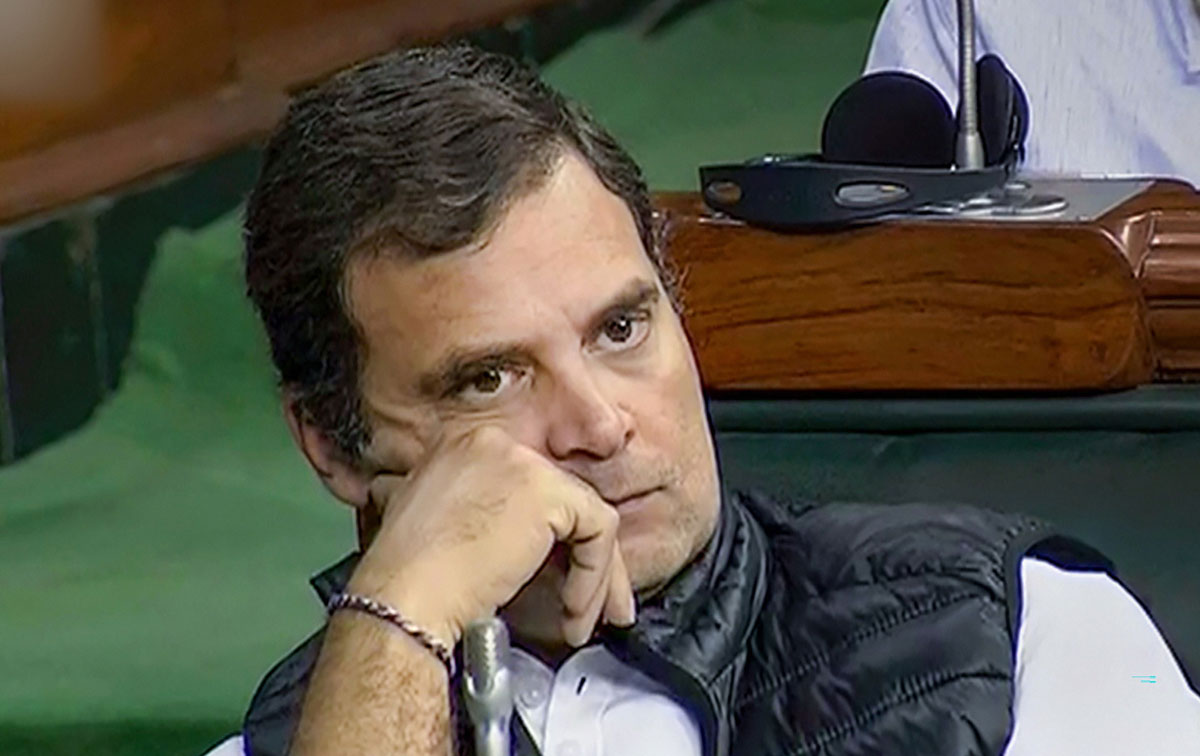 Rahul claimed the government had in its written answer failed to reply to his question about the names of the top 50 wilful bank defaulters
(PTI)
Our Special Correspondent   |   New Delhi   |   Published 16.03.20, 10:01 PM

Rahul Gandhi on Monday asked the government in the Lok Sabha for a list of the top 50 wilful bank defaulters and alleged the “stealing of bank money” by many, triggering a ruckus and a Congress walkout.

The standoff began when Rahul rose to ask a question about the banks’ non-performing assets towards the end of Question Hour, just before noon.

He claimed the government had in its written answer failed to reply to his question about the names of the top 50 wilful bank defaulters. Before asking his question, Rahul spoke about the economy and the banking system facing a tough time, mainly because of the “stealing of bank money” by a large number of people.

“Our banking system is practically not working any more. Banks are falling and, I suspect, more banks are going to fall as a result of the current global situation,” Rahul said.

“The central cause of the failure of the banks and one of the central causes of unemployment is (the) hollowing out, is the stealing of money from our banks by a large number of people. I had asked a very simple question: Who are the top 50 wilful defaulters?”

Speaker Om Birla intervened while Rahul was speaking, urging him to ask a direct question and not present his argument like a “wakil” (lawyer). Already, the BJP members were protesting as Rahul attacked the government.

It was the turn of the Congress members and Rahul to protest when junior finance minister Anurag Thakur stood up to reply. They wondered why his senior Nirmala Sitharaman was not speaking despite being in the House.

“Why is the finance minister not answering?” Rahul said. The Speaker said that normally, it’s the junior ministers who answer queries during Question Hour.

The situation worsened as Thakur blamed the previous UPA government for the irregularities committed in banks.

He said there were many instances of irregularities, including bankers being forced to buy paintings at exorbitant prices. This was seen as a jibe at the alleged sale of a painting by Priyanka Gandhi Vadra to Yes Bank founder Rana Kapoor. Thakur accused Rahul of blaming the Narendra Modi government for the sins of the UPA government.

Amid protests from Congress members, Thakur said the list of all those who had defaulted on sums above Rs 25 lakh was available on the website of the Central Information Commission. He said he had the list and was ready to place it on the table of the House if the Speaker allowed him to.

As the minister’s reply came to an end, the Speaker announced the end of Question Hour as it was already noon. Rahul protested, along with other Congress members, demanding an opportunity to ask another supplementary question. After this, the Congress walked out in protest.

Congress spokesperson Abhishek Singhvi later accused the government of repeatedly avoiding a direct answer to the question in Parliament. He claimed that other parties too had asked the same question in the past.