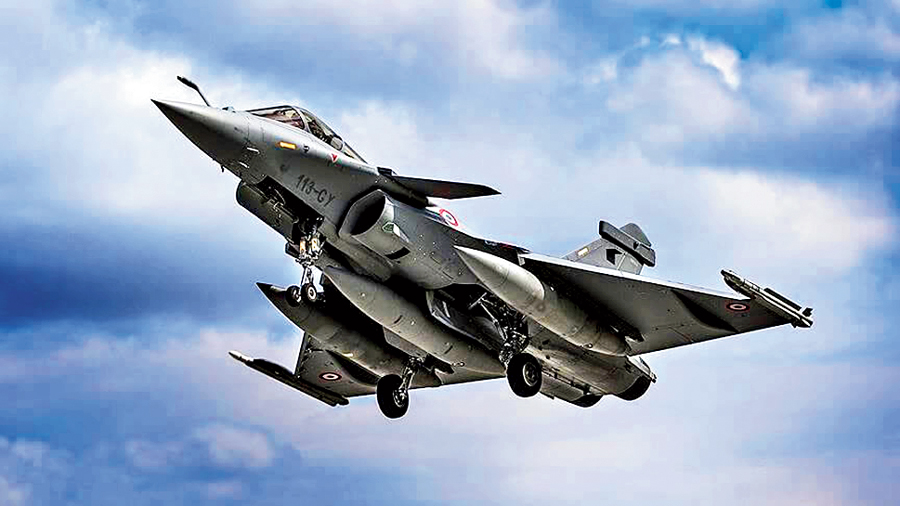 The Congress had earlier also accused the Prime Minister’s Office of overruling the INT to fix a higher price.
File picture
Our Special Correspondent   |   New Delhi   |   Published 10.04.21, 01:24 AM

The Congress on Friday made a fresh demand for a thorough investigation as latest revelations in the Rafale deal suggested a loss of Rs 21,075 crore (2.81 billion euros) to the national exchequer because the Indian Negotiating Team was overruled to fix a higher price for the fighter jets acquired from the French company Dassault Aviation.

Claiming vindication of its stand that the Rafale deal involved massive corruption, Congress communications chief Randeep Surjewala said at a news conference: “The Prime Minister needs to answer some questions. Isn’t it correct that the Indian Negotiating Team (INT) on August 10, 2015, arrived at a benchmark cost of 5.06 billion euros for 36 Rafale fighter jets including weaponry package, etc? Is it now not proved by the INT document released by the French news portal Mediapart which has accessed Enforcement Directorate (ED) documents recovered from the middleman?”

The Congress had earlier also accused the Prime Minister’s Office of overruling the INT to fix a higher price.

Surjewala said: “What was the quid pro quo for accepting the price of 7.87 billion euros when the defence ministry itself had calculated the cost at 5.06 billion euros and had rejected the Dassault calculation? What is the reason for additional payment of 2.81 billion euros (Rs 21,075 crore — value in 2016), causing loss to the public exchequer?

Asking why the Modi government was silent on these revelations despite seizure of sensitive confidential documents from the said middleman in 2019, brought out in public domain now by the French news portal, Surjewala queried: “Isn’t it correct that the ED has recovered the ‘secret defence ministry documents’ from the middleman in the raid dated March 26, 2019, including the benchmark price document dated August 10, 2015, the ‘record of discussions’ by the INT, the ‘Excel sheet of calculations’ made by the defence ministry and Eurofighter’s counter offer of 20 per cent discount to the government?”

Surjewala asked: “How was a middleman in a reported note to Dassault dated June 24, 2014, promising Dassault officials ‘a meeting with Indian political high command’ and possible change of the defence minister? Did such a meeting take place with the ‘high command’ in the Modi government? Is it correct that after the alleged meeting, the Prime Minister announced the off-the-shelf purchase of 36 Rafale aircraft on April 10, 2015, and also the removal of HAL as the offset partner and bringing in a private Indian industrialist? Is it also correct that the defence portfolio was also changed in November 2014?”