Pakistan PM is believed to have spoken on Jammu and Kashmir, the improvement of bilateral relations, and Saarc 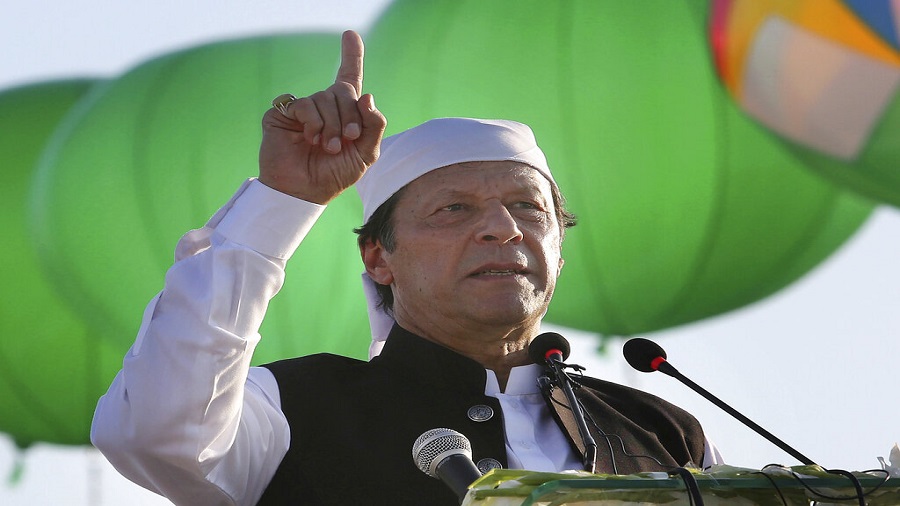 Three months of quiet diplomacy paid off for Pakistan on Wednesday with Prime Minister Imran Khan’s call to Gano Bhaban, the official residence of his Bangladesh counterpart Sheikh Hasina, going through and the two leaders speaking for around 20 minutes.

Much to the dismay of India, which counts Bangladesh as its most trusted friend in the region, the telephone conversation marks nothing short of a diplomatic coup for Pakistan. Khan is believed to have spoken to Hasina on Jammu and Kashmir, the improvement of bilateral relations, and Saarc.

Dhaka tried its best to play down the significance of the telecon.

“The Pakistani foreign ministry has been pressing for this telecon for the last three months. Several mails had been exchanged between the two foreign ministries…. The new Pakistani high commissioner in Dhaka too has been trying to connect the two Prime Ministers, and finally it happened,” said a source in Dhaka.

The Telegraph had reported on July 12 that Pakistani envoy Imran Ahmad Siddiqui, who had filled a vacancy at the mission after a gap of 20 months — a result of Dhaka’s refusal to clear the appointment of the earlier nominee — had met Bangladesh foreign minister A.K. Abdul Momen.

The Bangladesh foreign ministry had been silent on what transpired between Momen and Siddiqui while unnamed official sources said it was nothing but a courtesy call. The Pakistani side, however, projected it as a thaw in the relationship between the two countries, which harbour bitter memories of the Liberation War of 1971 that led to the creation of Bangladesh.

“That there was more to that meeting than a mere courtesy call was proven today,” said a retired diplomat in Dhaka.

On Wednesday, the Prime Minister’s office in Dhaka said in a short official release that the two leaders had spoken about the pandemic and the flood situation in Bangladesh.

While it was clear that Dhaka did not want the world, especially India, to read much into the telecon, the release from Islamabad spun a narrative that would make South Block mandarins sit up and take note of the fast-changing developments in Dhaka.

New Delhi is expected to be livid at Pakistan mentioning the situation in Jammu and Kashmir as “grave” with Hasina, whom India has always trusted as an all-weather friend.

Read carefully, the contents of the release from Islamabad – the claims could not be verified from Dhaka as no senior official was willing to go on record on what was discussed over the phone -- suggest that efforts are on to change the status quo in South Asia.

Besides extending an invitation to Hasina to visit Pakistan, he is believed to have reaffirmed his country’s commitment to Saarc, which has virtually been in the ICU since 2015 on account of Pakistan’s reluctance to cooperate in regional connectivity projects and India’s refusal to engage with Pakistan.

“India’s position vis-à-vis Pakistan is known to the entire world, more so in Bangladesh…. There must be some strategic thinking on why Hasina chose to speak to Khan,” said a retired diplomat in Dhaka.

The diplomat said it would be premature to read too much into a telephone conversation as Bangladesh cannot afford to antagonise India because of its geographical and economic constraints.

Multiple sources on both sides of the border, however, said the telecon wasn’t a surprise in the light of events unfolding in both countries that have affected even ordinary people.

The delay in the resolution of long-pending issues, such as the sharing of the Teesta waters, has been a pet peeve with almost every Bangladeshi for the past decade or so.

“Then, your leaders refer to the people of Bangladesh as termites and illegal infiltrators…. Our country is bracketed with Pakistan and Afghanistan during debates over the citizenship issue. Even ordinary Bangladeshis, who visit India regularly, are unhappy with the portrayal of our country,” said a source in Dhaka.

He said that amid this disquiet, the pro-Pakistan lobby in Bangladesh -– headed by a businessman with direct access to the Prime Minister -– has become active and the developments indicate that it is having its say in policy matters relating to India’s known betes noires, Pakistan and China.

Dhaka’s silence over the recent military standoff between India and China and its failure to even offer condolences over the killing of 20 soldiers in Ladakh suggested that the Delhi-Dhaka distance may be growing. Pakistan, under Imran, is using the opportunity to start a new chapter in ties with Bangladesh.

The phone conversation was the second time the two leaders had spoken since Khan assumed office in August 2018.

Last October, Khan, amid his anti-India campaign after the revocation of Jammu and Kashmir’s special status, had called Hasina hours before she was to fly out of Dhaka on a two-day visit to India.