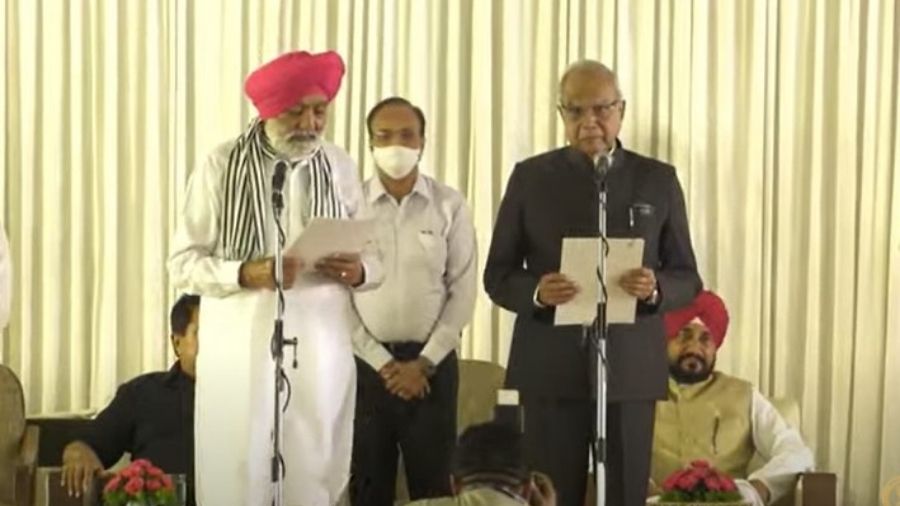 Rana Gurjit Singh has made a comeback after resigning in 2018 from the Amrinder Singh Ministry.

Punjab Governor Banwarilal Purohit administered the oath of office and secrecy to the legislators.

Rana Gurjit Singh, Mohindra and Singla are considered close to Amarinder Singh. A total of 18 MLAs, including the chief minister, can be included in the cabinet. Channi's two deputies Sukhjinder Singh Randhawa and OP Soni were sworn in on Monday. Earlier, a section of Congress leaders from the state had written to the party's Punjab unit chief Sidhu against the induction of former minister Rana Gurjit Singh, alleging he was corrupt and tainted". The leaders had also demanded that the cabinet berth may instead be filled up "by giving representation to a clean Dalit leader".

A copy of the letter was also sent to the chief minister.

Rana Gurjit Singh, after facing flak from the Opposition over allegations of impropriety in the auction of sand mining contracts, had to resign from the previous Amarinder Singh cabinet in 2018. At that time, he had held Irrigation and Power portfolios.