The EPFO board, which met on Wednesday, decided to fork out 8.15% now 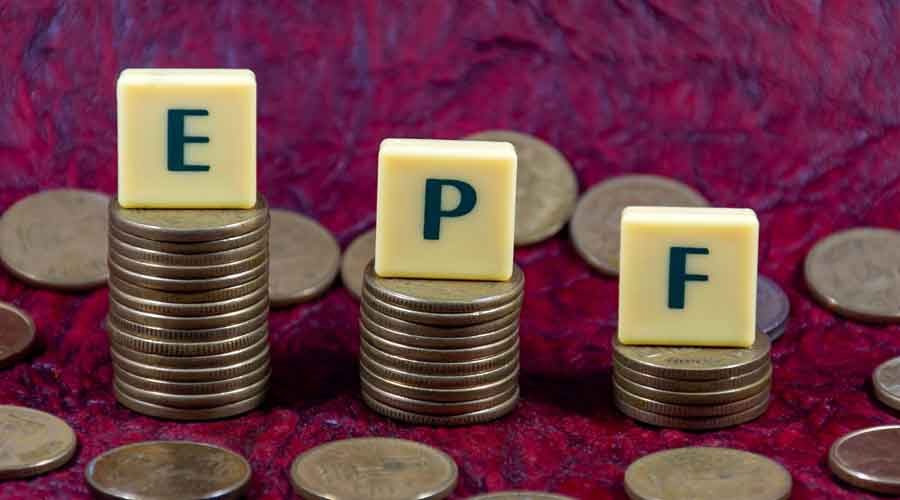 The Narendra Modi government will defer a part of the interest payment on the employees provident fund corpus till December — the first time that the Centre has opted to pay out the obligated sum in driblets since the statutory fund was established 68 years ago.

The Central Board of Trustees of the EPFO had committed to pay an interest rate of 8.5 per cent on PF accounts for 2019-20.

The EPFO board, which met here on Wednesday, decided to fork out 8.15 per cent now.

The trustees will meet again in December and take a call on crediting the remaining 0.35 per cent interest into the subscribers’ accounts.

The retirement fund has 6 crore subscribers and it falls under the administrative control of the Union labour ministry.

The EPFO had earlier planned to liquidate some of its investments in exchange-traded funds (ETFs) to make up for the deficit that has arisen because the returns on its investment have not matched expectations in a pandemic-wracked economy, falling far short of the sum required to pay out 8.5 per cent interest for the previous fiscal.

“In view of exceptional circumstances arising out of Covid-19, the agenda regarding interest rate was reviewed by the Central Board and it recommended the same rate of 8.50 per cent to the Central Government. It would comprise of 8.15 per cent from debt income and balance 0.35 per cent (capital gain) from the sale of ETFs, subject to their redemption by December 31, 2020. It further recommended to account such capital gains in the income of the financial year 2019-20 as being an exceptional case,” the EPFO said in a media release.

The announcement that the second payout of 0.35 per cent is “subject to redemption” of the ETFs introduces an element of uncertainty. If the stock markets dive, the redemptions may prove to be troublesome.

Reports suggest that the EPFO’s ETF investments worth Rs 1 lakh crore have generated negative returns. Out of its annual deposits, the EPFO invests 85 per cent in debt instruments and 15 per cent in ETFs.

K.E. Raghunathan, a board member representing employers, told The Telegraph that the EPFO was supposed to earn at least Rs 2,700 crore in capital gains from the equity investments made in 2016. This was factored into the March calculation before announcing the rate of interest. But due to the Covid-19 pandemic, it could not be realised.

“The EPFO said the payout of 8.5 per cent and the redemption of equity portion as planned in March will not change. However, as a matter of rule, this will be notified once the finance ministry approves it,” Raghunathan added.

“The debt investment returns of almost Rs 58,000 crore are in our hands. But the equity gains are yet to be realised because of the choppy markets,” he said, adding that interest would be credited to the fund holders’ account after it is cleared by the finance ministry and then notified by the labour ministry.

In March, the EPFO had cut the interest rate on PF deposits to a seven-year low of 8.5 per cent — and had rubbished the notion that it might struggle to pay the sum this year.

The finance ministry has been nudging the labour ministry for quite some time to align the EPF interest rate with the small savings schemes where rates were cut in April by 1 to 1.6 percentage points.

The highest rate on the small savings schemes is 7.6 per cent, which is offered on the Sukanya Samriddhi Yojana, a scheme meant for the girl child.

The interest rate on PF deposits has increasingly been out of sync with the interest rates on other investment avenues like fixed deposits and even small savings instruments.

The Reserve Bank of India’s policy interest rate — the repo — has been cut by 2.5 percentage points since February 2019 to 4 per cent, sending interest rates on all investment options skidding to historical lows.

Despite Covid-related restrictions, the retirement fund body has settled 94.41 lakh claims totalling Rs 35,445 crore during the April-August period. During this period, it has settled around 32 per cent more claims as compared with the corresponding period last year. The amount disbursed increased by around 13 per cent.

Back in March, officials had warned that the EPFO would tumble into a deficit if the interest rate was kept above 8.55 per cent.

They had forecast at that time that the PF corpus would generate a surplus of over Rs 700 crore if the rate was pegged at 8.5 per cent — which now seems clearly overblown.

Divya Baweja, partner, Deloitte India, said: “The rate of interest of 8.5 per cent announced by the Central Board of Trustees will surely provide cheer to the common man and is a welcome move from the perspective of individual members. However, meeting such a rate could pose a challenge for companies having Private PF Trusts which may not be able to generate adequate returns to meet this rate of interest during this pandemic.”

The EPFO’s board of trustees also extended the tenure of the ETF fund managers — SBI Mutual Fund and UTI Mutual Fund — till December.

The board has been scouting for new fund managers for some time but the process of selection has been halted during the lockdown.

The two fund managers were given a three-month extension in March, which has been extended periodically during the pandemic.

The EPFO board approved to increase the upper limit of payout under its deposit-linked insurance scheme to Rs 7 lakh from Rs 6 lakh if a subscriber dies while in service.

However, a proposal to increase the pension contribution and pension payout to subscribers earning above the Rs 15,000 salary threshold was deferred and will now be taken up at the December meeting.

Prime Minister Narendra Modi on Wednesday advised a broom seller from Madhya Pradesh on how he could increase his income.

Chhagan Lal and his wife, who make and sell brooms at Sanwer in Indore district, were among beneficiaries of the PM Street Vendors’ Aatmanirbhar Nidhi (PM SVANidhi) in the state with whom Modi had a virtual interaction. The husband and wife said they would make about 50-60 brooms in a day using date palm leaves and go out to sell them the next day.

To a question from the Prime Minister on the cost of making a broom, Chhagan Lal said they had to buy the “leaves, the piping, the wire and the nylon”.

Modi interrupted him to ask if Chhagan Lal had ever thought of asking buyers to return their old brooms if the “pipe” was intact and offered a discount of 25 or 50 paise on that, then use the same “pipe” to make a new broom. Would this save him money?

“Sir, the piping also gets spoilt with the broom,” Chhagan Lal ventured.

“It gets spoilt so fast?” Modi responded.

“Yes Sir, the piping gets spoilt,” the broom seller repeated. “For instance, if someone leaves the broom outside after using it, and another person treads on it….”

Modi cut in: “No, if you tell the customers beforehand to keep the old brooms, they will bring them back and buy new brooms. Using the pipe from the old broom will save you a lot of expense. Think about it.”

Modi, with a wide grin, asked: “You never thought of this?”

Chhagan Lal confessed that such a thought had never crossed his mind.

Tip of crisis: Many firms fail to pay PF