Protestors see ‘moral win’ in Supreme Court's remarks on the govt’s handling of the situation, sceptical of panel 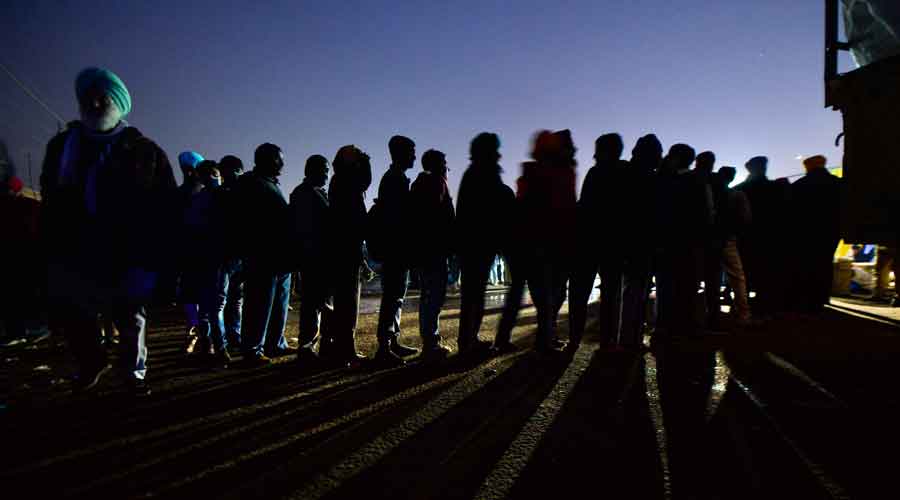 The All India Kisan Sangharsh Coordination Committee on Wednesday said any panel such as the one the Supreme Court planned to set up to resolve the farmers’ agitation would be useful only after the three new farm laws were withdrawn.

The apex court had earlier in the day set in motion efforts to form the committee, issuing notices to the Centre and eight farmers’ organisations. But having decided at the outset against moving court for repeal of the farm laws, the protesting unions appeared wary of the proposal.

However, the farmers lauded the court’s remarks on the government’s handling of the agitation as a “moral victory”.

“Your talks will again fail…. It seems the government may not be able to work out a solution,” Chief Justice of India S.A. Bobde had told solicitor-general Tushar Mehta, who was appearing for the Centre.

“SC-advised committee will be useful only after withdrawal of the acts. SC advice to government is a moral victory for farmers,” said a statement from the All India Kisan Sangharsh Coordination Committee (AIKSCC), which had given the Dilli Chalo call that led to the farmers’ siege of Delhi’s borders.

According to the All India Kisan Sabha, an AIKSCC constituent, the government had itself suggested such a panel during the December 1 talks with the farmers, who had unanimously rejected it saying nothing less than repeal of the three laws was acceptable.

Yogendra Yadav of the Jai Kisan Andolan, another AIKSCC member, tweeted: “The SC can and must decide on the constitutionality of the 3 farm acts. But it is not for the judiciary to decide on the feasibility and desirability of these laws. That’s between the farmers and their elected leaders. SC monitored negotiation would be a wrong path.”

Earlier in the morning, the Sanyukta Kisan Morcha (SKM) — the platform under which the protests are going on — had sent a written response to the Centre on the amendments the government had proposed to the contentious laws last week.

The letter to agriculture secretary Vivek Agrawal came after ministers began making a meal of the farmer organisations’ failure to respond to the offer in writing.

In the letter, Darshan Pal of the SKM said: “We had rejected your offer received on December 9 because it was just a written version of what had been offered by you and rejected by the farmer organisations during the meeting of December 5.

“Since we had already made our position clear, we did not give a written response. We also wish that you stop vilifying the farmers’ protest and holding parallel discussions with other farmer organisations.”

The “other farmer organisations” referred to in the letter are those that agriculture minister Narendra Singh Tomar has been meeting regularly over the past few days to show there is support for the three laws.

The farmers’ organisations have decided to set up a social media platform of their own to counter the narrative being pushed by the BJP’s famed “IT cell” and the fake news and propaganda being peddled against the agitation.

Also, with the media attention waning, the farmers felt a need for a platform where they could post information to mobilise opinion and mount pressure on the government — much in the “atmanirbhar” (self-reliant) spirit the Narendra Modi government has been plugging.

The siege of the Singhu border witnessed a suicide on Wednesday. Baba Ram Singh, 65, regarded as a “sant”, is said to have shot himself in the evening and been declared dead on arrival at a hospital. He was from Karnal in Haryana.

Delhi Sikh Gurdwara Management Committee (DSGMC) president Manjinder Sirsa of the Shiromani Akali Dal said Ram Singh was a saint who had dedicated his life to public service. “He said in his suicide note that he cannot see the pain of farmers sitting on the roads,” Sirsa said in a video message.