Advertisement
Home / India / Promise of 'sixers' ahead of budget and elections 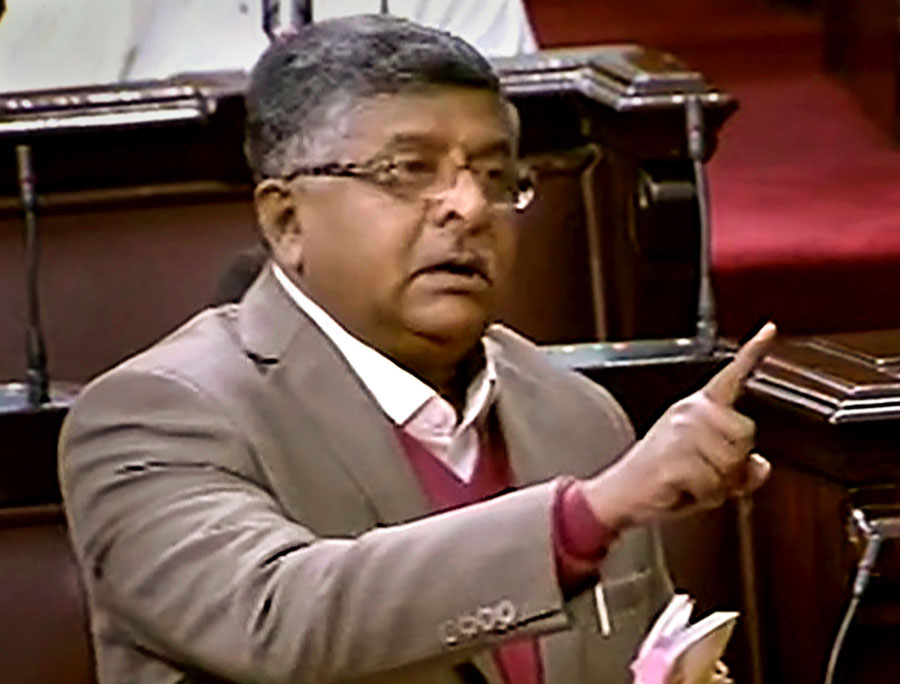 It is fast turning into a silly season for jumlas as the Modi government buckles down for what law minister Ravi Shankar Prasad has promised will be a flurry of sixers in the “slog overs” ahead of this year’s general election.

During Wednesday’s debate in the Rajya Sabha on the 10 per cent reservation in jobs and education for economically weak persons belonging to the upper castes, Prasad told hecklers from the Opposition that the new reservation quota plan was the first of several “sixers” from the Modi government — and many more would come in the days ahead.

“In cricket, sixes are scored in the slog overs... when the match is drawing to a close, sixes are struck. If you have a problem with that, you must realise that this (the 10 per cent reservation quota) isn’t the first of the sixes. Many more are on the way... these will be struck for development, for change, for transformation. The electorate will decide who wins and who loses,” Prasad said.

Already, there is speculation within North Block that the government will announce tax exemptions and tweak tax-slab structures in the budget for 2019-20 so that incomes up to the level of close to Rs 6 lakh a year could theoretically become tax free.

Tax saving schemes, which allow a resident individual to save up to Rs 1.5 lakh a year under various heads and an added Rs 50,000 under the National Pension Scheme, could be broadened to allow tax-free savings between Rs 2.5 lakh and Rs 3 lakh, according to these proposals.

By convention, governments do not announce tax proposals in interim budgets that are presented in election years.

Interim budgets ensure that the administration can draw on funds till the new government is formed and is ready to unveil its budget for the remainder of the fiscal year.

But this is merely a convention — and the government is not duty-bound to abide by conventions.

The Modi government could take its cue from the Vajpayee government’s practice in the interim budget of 2004 when it tested the boundaries of those conventions.

Jaswant stopped short of announcing changes in the Act. Instead, he expressed the government’s conviction and its commitment to make certain changes — and proceeded to list them — in the hope that the government would return to power and be in a position to implement them.

There were four clear direct tax “intentions” that Jaswant announced: extend the deadline for fiscal benefits in the case of new power sector projects from 2006 to 2012; extend tax exemption on long-term capital gains on purchase of equity by a further three years, a tonnage tax scheme for shipping, and a waiver of capital gains tax on acquisition of land from farmers.

These announcements of intent were over and above fiscal benefits that had been announced on January 8 of that year — about three weeks before the interim budget.

So, there is a clear precedent for the Modi government to follow.

Top finance ministry officials said the Modi government might not ditch conventions but opt for the stratagem that was adopted in the 2004 interim budget: front run with a trailer of clearly enunciated tax intentions before the elections.

“This becomes like a headline-grabbing manifesto promise but it will be spelt out in the interim budget that will give it greater seriousness and legitimacy,” an official said.

Officials said that among the changes being contemplated was doubling the standard deduction granted to salaried taxpayers.

The last budget had given the salaried middle class a standard deduction of Rs 40,000 after scrapping deductions for medical allowances of Rs 15,000 and a transport allowance of Rs 19,200 a month. That move did not draw much applause as the net tax benefit was capped at just Rs 5,800.

A more controversial move to raise the threshold level for taxpayers to Rs 5 lakh from the current Rs 2.5 lakh has long been “on the cards as something desirable”, said officials.

The flip side of this is that it could potentially take a large number out of the tax base, denting tax collections.

Around 6.84 crore people filed tax returns in 2017-18. Approximately half of them were in the Rs 2.5 lakh to Rs 5 lakh annual income bracket.

This income bracket, which paid around Rs 1,21,384 crore in income tax in 2017-18, is usually taken to represent the lower middle class of India.

Swapan Sarkar, national president of the Indo-American Chamber of Commerce, said: “If you take a large chunk of people out of the net, even if they are paying zero tax, it means overall compliance levels will go down…. Rampant under-declaration of income is already there. Without the obligation to file returns, this will only increase.”