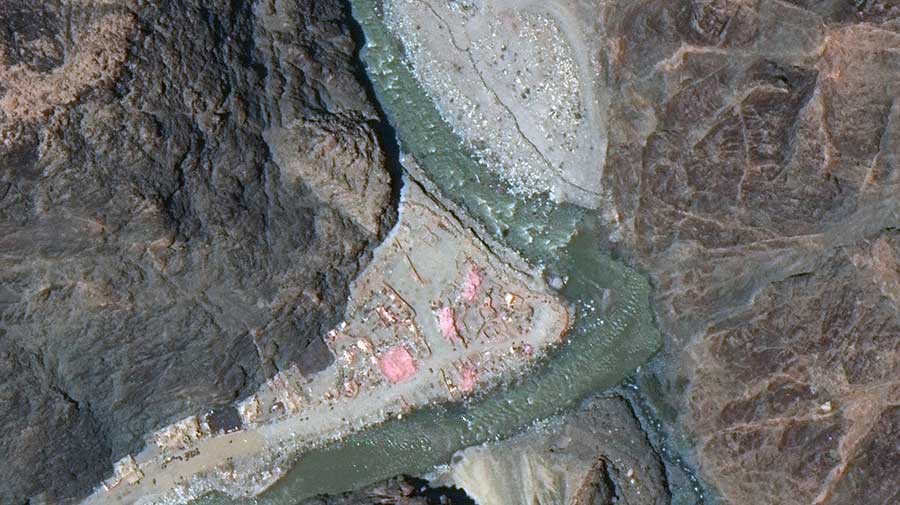 An Indian Army source said on Wednesday that “the process of disengagement along the Line of Actual Control is complex”.

The source said that both sides had “emphasised the need for an expeditious, phased and step-wise de-escalation as a priority” at a marathon meeting between Indian and Chinese corps commanders on Tuesday.

The reference to complexity was in stark contrast with what the source had told this newspaper a day after the second round of meetings between the two armies on June 22, following the June 15 Galwan Valley clash in which 20 Indian soldiers were killed.

“There was a mutual consensus to disengage. Modalities for disengagement from all friction areas in eastern Ladakh were discussed and will be taken forward by both sides,” he had said on June 23.

The officer said on Wednesday: “The meeting yesterday was long and held in a businesslike manner, keeping in view the Covid-19 protocols. The discussions reflected the commitment of both sides to reduce the tensions along the LAC. The process of disengagement along the LAC is complex and in such a context, speculative and unsubstantiated reports need to be avoided.”

Both sides have emphasised the need for an expeditious, phased and stepwise de-escalation as a priority, he said, adding: “More meetings are expected both at the military and at the diplomatic level in the future to arrive at a mutually agreeable solution and to ensure peace and tranquillity along the LAC as per bilateral agreements and protocols,” the source added.

That the army source used the word “complex” on Wednesday suggested that there has been no change on the ground despite the diplomatic and military-level talks for over six weeks now.

“It is also the first clear admission that things are volatile along the LAC where Chinese troops have so far not shown any signs of relenting from the areas that were once controlled by India in the Galwan Valley, Hot Springs, the Pangong Lake,” a veteran said.

So far, the veteran said, the Indian government had been in denial about the crisis. Prime Minister Narendra Modi had added to the confusion when he told an all-party meeting last month that there had been no intrusion (after June 15, the PMO clarified later) and that no Indian post had been occupied by someone else.

“Better late than never. We should now be prepared as the ongoing standoff is going to be a long-drawn affair. The Chinese deployment in the friction areas is expected to continue till winter when there is heavy snowfall in the high-altitude terrain,” the veteran said.

Sources in the defence ministry on Wednesday said the latest reports from the ground suggested that the Chinese People’s Liberation Army (PLA) had deployed more than 20,000 soldiers along the LAC in eastern Ladakh.

The sources said India was closely watching the activities of another 10,000-12,000 Chinese troopers deployed in Xinjiang, along with high-mobility vehicles and weaponry, in the rear positions with the capability to reach the Indian frontier in 48 hours.

“The Indian Army has also done mirror deployment and is now sending more reinforcements to mobilise troops along the disputed LAC,” said a ministry official.

A security official said the Chinese troops were holding on to key positions within India’s claim line along the disputed border and were attempting to reinterpret the LAC.

The Chinese troops are also said to have inscribed a huge Mandarin symbol and a map of China between Finger 4 and Finger 5, which fall on the disputed banks of the Pangong Lake, as per the latest satellite images. The Mandarin symbol and map illustration on the ground occupied by them measure about 81 metres in length and 25 metres in breadth.

The disengagement process for June 15, agreed upon between the two sides during the first round of meetings on June 6, had gone awry when 20 Indian soldiers were killed and at least 76 injured at the Galwan Valley during the violent clash with the Chinese troops inside the Indian side of the LAC.

During Tuesday’s talks, sources said, the Indian side flagged the presence of several makeshift Chinese tents in areas within India’s claim line in the Galwan Valley, the Pangong Lake, Hot Springs and the Depsang Plains.

“The Indian side also raised how the Chinese troops continued to obstruct Indian patrols at several locations in eastern Ladakh, and how its (China’s) troops are reported to have occupied high mountains at the Pangong Lake and Galwan Valley,” said an official.

A close-up view provided by satellite images, he said, suggests massive consolidation of Chinese troops in the region especially near Patrolling Point 14 in the Galwan Valley where the 20 soldiers were killed.

“Over 150 huts and tents of varying sizes are visible in the images and these are mainly located in the Galwan Valley and Pangong Lake areas,” the security official said.

India claims the LAC at PP14 and patrols till the last point but does not have any camp there. During the June 15 clash, the Indian troops led by Colonel Santosh Babu had dismantled a Chinese tent set up there but the PLA has now constructed a new makeshift tent near the area.

“Now the Indian side has also set up a camp there and the troops of both sides are eyeball to eyeball,” the official said.

The PLA has also set up camps near Finger 4 at the Pangong Lake. Satellite images suggest significant construction activity in the area.