The comments came in the same heartland constituency where Modi had last week described Priyanka’s late father Rajiv Gandhi as 'bhrashtachari (corrupt) No. 1' 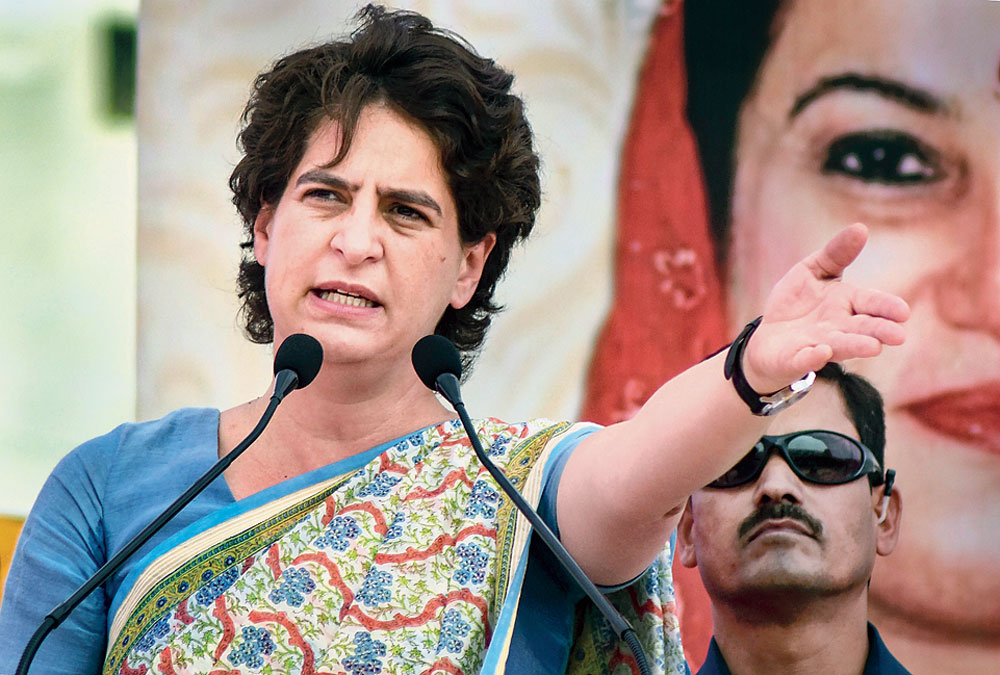 Priyanka Gandhi Vadra on Thursday dubbed Narendra Modi the “most cowardly” and “weakest” Prime Minister she has ever seen, saying the BJP mascot only holds big public rallies to avoid uncomfortable questions on unfulfilled promises.

“He (Modi) publicises that he is very powerful…. I (Modi) am great and I (Modi) will strengthen the country,” the Congress general secretary for eastern Uttar Pradesh told a rally in Pratapgarh.

“Bhaiyon evan behnon, inse bara kaayar, inse kamjor pradhan mantri maine zindagi me nahin dekha tha (Brothers and sisters, I had never seen in my life such a coward, such a weak Prime Minister in my life),” the 47-year-old added.

Priyanka said Modi did not have any answers to people’s queries and so hid from them. “This Prime Minister… let alone hearing your views, he doesn’t want to reply to your questions. He doesn’t answer when you ask what happened to the Rs 15 lakh (that Modi had promised Indians ahead of the 2014 Lok Sabha elections).

“He doesn’t have any answer, brothers and sisters, when you ask him about the promise of creating two crore jobs (every year). He is trying to hide from you while holding only big rallies instead of being with you. You were cheated (by him),” Priyanka said.

“He had said he would eradicate corruption. But who proved the most corrupt?” Priyanka asked the gathering.

“He is hiding the truth behind big publicity campaigns,” Priyanka said.