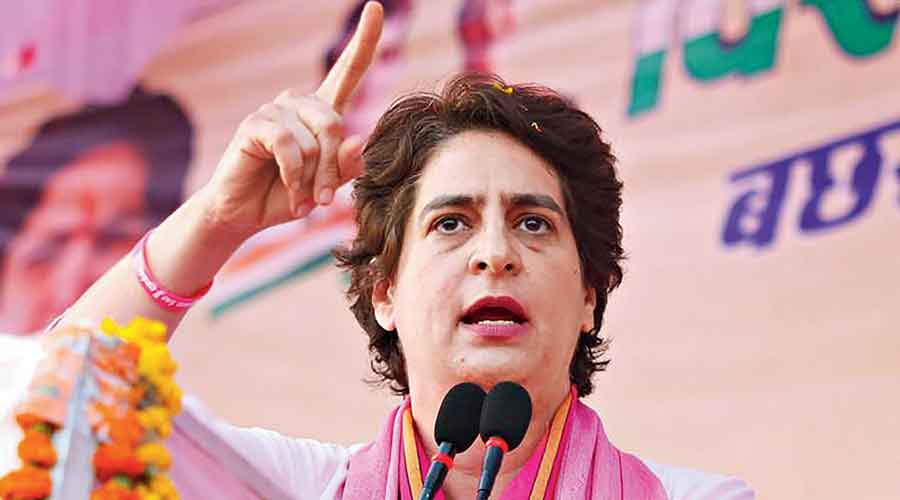 Congress leader Priyanka Gandhi Vadra on Thursday demanded justice for Gujarat riots survivor Bilkis Bano and said that the government has made its stand clear with its silence on the release of 11 people convicted in the 2002 case of her gangrape and murder of her seven family members.

The 11 convicts were released on August 15 under the Gujarat government's remission policy after serving 15 years in jail.

"The government has made its stand clear ('sarkar ne lakeer kheench li hai') by keeping silent on on the release of 11 people convicted of rape, comments expressing welcome-support for them on camera," Priyanka Gandhi said in a tweet in Hindi.

"But the women of the country have hope from the Constitution. The Constitution gives courage even to the woman standing in the last row to fight for justice. Give justice to Bilkis Bano," the Congress general secretary said.

Her remarks came ahead of the Supreme Court hearing over a plea against the release of 11 convicts in the case. Bilkis Bano was gangraped in Gujarat's Randhikpur village and seven members of her family, including her three-year-old daughter, killed on March 3, 2002 in the Gujarat riots that broke out after the Godhra train burning. she was 21 years old and five months pregnant at the time.

The convicts walked out of the Godhra sub-jail on August 15 after the Gujarat government allowed their release under its remission policy. They had completed more than 15 years in jail.

A special CBI court in Mumbai on January 21, 2008, sentenced the 11 to life imprisonment on charges of gangrape and murder. Their conviction was later upheld by the Bombay High Court and the Supreme Court.