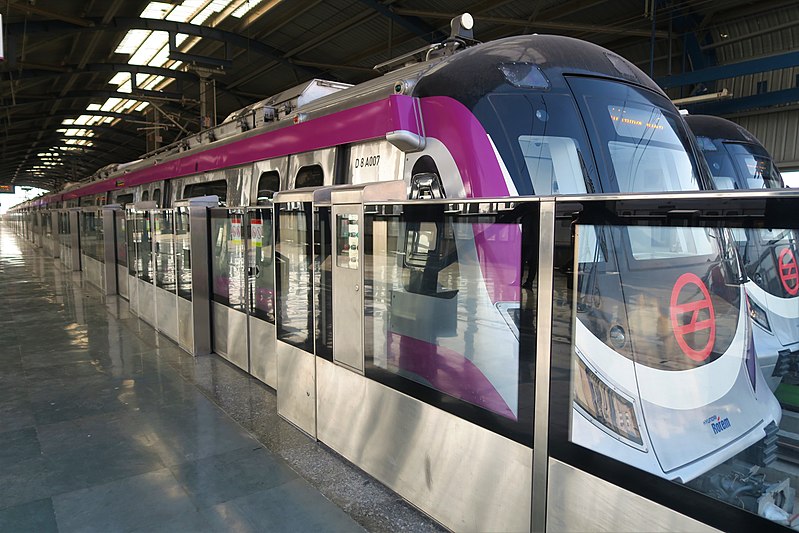 Aam Aadmi Party's (AAP) proposal to make DTC bus and metro rides free for women has become a talking point on social media. Within hours of the Delhi government announcement, women from across professions took to Twitter to laud the decision.

Over the past years, Delhi has not been able to shake off the epithet of ‘rape capital’ that it has earned in the face of the sordid record of gender crimes in the city. Its reputation has reached a nadir, leading many women to seriously think twice about moving to the city, even when faced with an opportunity. The sorry state of women safety in the capital had triggered the nation’s anger particularly in the aftermath of the horrific Nirbhaya gang rape case. The incident took place in a moving private bus on December 16, 2012.

According to the National Crime Records Bureau (NCRB) data, Delhi reported the highest crime rate at 184.3 compared to 56.3 at all India level, followed by Assam, Telangana, Odisha, Rajasthan, Haryana and West Bengal in 2015.

Political commentator Dhruv Rathee went on to cite the example of a similar scheme in France to make public transport free to encourage the state government move.

Amid all the counter views on this policy said to strengthen women’s cause, Jasmine Shah, the vice chairperson of Delhi government’s Dialogue and Development Commission regarded the debate itself as progressive.

However, there are many who believe that a lot more needs to be done to improve the situation of women safety in the society here. Some have even gone to the extent of writing off the proposed scheme claiming the tone of the decision reflects that women are not equally qualified as men.

Activist Japleen Pasricha suggested other measures to be taken by the government to ensure women’s safety.

A woman entrepreneur seconded her.

A mother-daughter duo who use the metro frequently say they would prefer paying for their tickets since they can afford it.

Karuna Nundy, an advocate with the Supreme Court said the initiative will encourage women to travel to work.

With the chief minister making the declaration less than a year ahead of Delhi Assembly elections, the move in sync with the party’s promise to ensure women safety, is being suspected as merely a gimmick to gain the women votebank by many. Even political cartoons taking a dig at Kejriwal’s announcement for free rides have been doing the rounds.

Meanwhile, male celebrities like Pritish Nandy stood in support of the government’s decision and wrote to Kejriwal.

In the aftermath of the declaration, it has been reported that the state government can’t afford the subsidies on metro fares.

On the other hand, a number of Delhi men seemed furious and sought explanation on “why financially equipped women are eligible for such subsidies in the name of women safety.” They lashed out on Twitter with memes and jokes.

Wow Kejriwal Ji! What a move.
Is this the reaction you expect from Women in Delhi?

Sorry to disappoint you but please take a note,we don’t sell our votes for free metro and bus rides.

So commute via Delhi Metro and DTC buses might become free for women. Why not the same for men ? Where's the equality in this ? And how is waving public transport fee "empowering"? #Mentoo

Freedom for women to work in far flung areas, get there safely, spend leisure time in this beautiful city, will not only increase per capita income dramatically over time, it's an issue of basic rights. Brilliant move. #Metro #DelhiMetro #FreedomnotProtection https://t.co/HoKxrx8yYt

This decision in Dunkirk (France) was a massive success, many other French and German cities have been wanting to adopt this also.

The revenue was compensated by introducing a transport tax of 1.5% on companies with more than 11 employees.https://t.co/JZUISY1EEp

Not too sure about #DelhiMetro but it's a great move to make bus rides free for women. This would encourage more women to travel by buses making them safe. Delhi Metro is anyway quite safe so don't think it's a good idea to make them free. @ArvindKejriwal

Women in Delhi will get a free ride on buses and the metro. What a wonderful idea @ArvindKejriwal ! Will Mumbai emulate this? All the trouble we are going through for the construction of the metro will then be worth it.

Great to see a real debate on a real issue affecting the safety and mobility of women in this country. On behalf of Delhi govt, @DDC_Delhi is collating all comments/suggestions for effective implementation of this policy. Write to us at delhiwomensafety@gmail.com#DelhiMetro https://t.co/C3X273OfYD

Lakhs of working-class poor in Delhi have been pushed out of #DelhiMetro by insensitive price hikes by the DMRC. When Kejriwal government opposed this, central government told him he could subsidise the tickets if he wants. Delhi state govt obviously can't afford to do this.

Some of the reasons why the Delhi Govt move to offer free transport to women is welcome, but also some additional demands we need to hold the Delhi & Central Govts accountable to. + A proposal for a public transport cess on the top income brackets, to make Delhi air clean for all pic.twitter.com/zAENHevjgc

Instead, they must focus on last mile connectivity & increase their timings at night. I have to take a cab even though it's much more expensive than the metro because the metro closes at 11.30 and it does not reach my home. I still have to take a rickshaw like many others. 5/n