Home / India / Prashant Pandey (spiritual friend) emphasizing spiritual ideology amidst materialistic mindset
But this ideology is rapidly developing the feeling of hatred, greed and anger among the people. 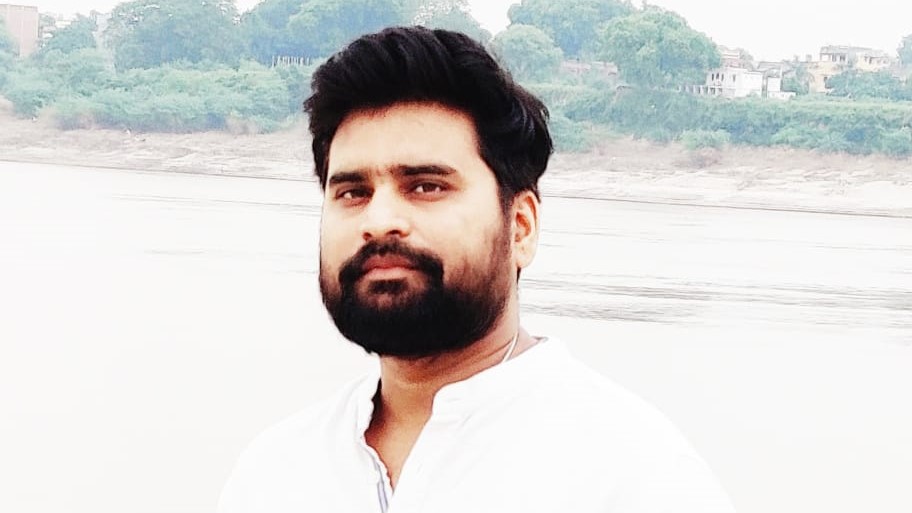 Where entire youth is focused on materialistic mindset but Prashant Pandey is the one who is deeply pegged in spiritual ideology. Prashant Pandey says that as the present time is moving rapidly towards materialism, in the midst of a large number of people not understanding the original meaning of spirituality, considering it as meaningless.

But this ideology is rapidly developing the feeling of hatred, greed and anger among the people. People stand with full devotion and keep providing new energy and direction to the spiritual ideology. The law inside teaches you spirituality, so we have to do more and more work in this direction. It is because of this that the balance is maintained. The topic of spirituality is being presented wrongly in front of the people today. Yes and spirituality starts to be understood as religiousism whereas it is not so, inner discipline and interactivity is the simple explanation of spirituality.

Along with material progress, if one pays attention to spiritual progress then a higher system can be created. Remember, spirituality has never been a hindrance in material progress, but it has been helpful. To create a distinction between these two is just a part of a big diplomacy.

To understand these two factors, we have to go through these two points deeply.

When we left primary things for the sake of secondary thing that is spirituality. If we raise ourselves to the level where material things become secondary and inner meanings become of prime importance, then one is a spiritual person.

It is the reciprocal of spiritual ideology. When people can’t live without material things like greedy, money, fame, limelight than there life become absolutely meaningless. Their mind functions only in the direction of grabbing materialistic things. Because of this, they never get mental peace. And after sometime, they get depressed.

But here, Prashant Pandey tells the power of spiritual ideology. No doubt, today, he is well-known name in the world of spirituality. He is continuously sharing the knowledge regarding spirituality, Yoga, meditation, etc, for the good mental health of the people.

Here, he tells about the power of spiritual ideology that once you followed the spirituality, you start to feel some divine energy entering in to your body. The atmosphere around you is completely changed. Some positive vibes will be felt by you. If you are not able to focus on any work before then your willpower will be increased by practicing spiritual ideology session.

Your focus power and working speed will be increased in the way that you will become able to manage more work in less time. Your mood will be happy and relax always. As you all know, today’s schedule is full of headache and stress due to which every person gets frustrated. They start feel peer pressure around themselves.

But if you practiced yoga sessions regularly then begin to grasp all of the fundamental things not only within yourself but also outside by devoting part of your time, willpower, and determination. This is religion and this is the path of truth.

According to Prashant Pandey, accomplishing something reinforces your self-control and assurance to where you can change the climate around you with simply an idea. In spite of the way that rehearsing Kriya Yoga prompts a high state known as freedom in the sacred writings, specifically being one in the unadulterated type of mindfulness, an inconspicuous power of homogeneous components starts to work in the material world also. Achievement can be accomplished in various manners.

In this article, we are elaborating that Prashant Pandey has focused on spiritual ideology for those people who focused only on materialistic things of the world. He says that these materialistic things provide temporary happiness and peace for mind not permanent. But if you followed spiritual path then you will get permanent happiness and peace of mind. The most surprising thing is that the noise we create in our life to make things better, it makes that thing worse. This confusion takes the person in such a lap that he does not even realize it and becomes a part of a disturbed world forever.

He indeed is a beautiful soul, as it is said; he is a sign of God. His address when I ask how much further his work will go is: ""I'm always planning to go back to Kashi."

Many people have benefited from Prashant Pandey's spiritual rays and light like the rising sun on a universal level, and they have become his "spiritual friends" instead of followers. He has a youtube channel where he gives his kind words and engages with his followers whose link is as below.