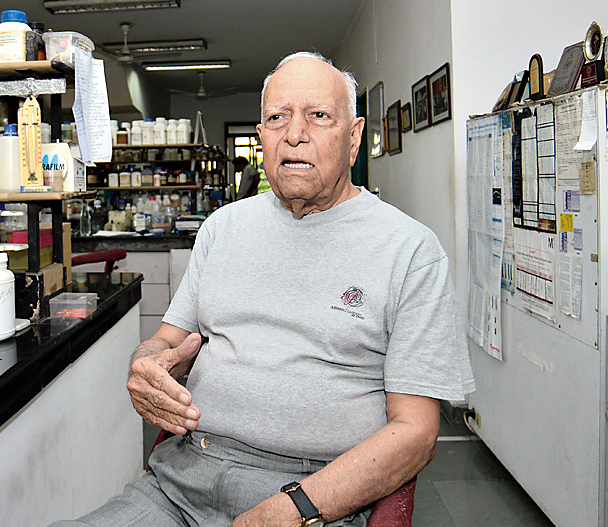 A bacterium discovered by an Indian scientist more than four decades ago and used in treating leprosy for nearly 20 years will now be offered to Covid-19 patients in India under a controlled clinical trial.

The Union science and technology ministry announced on Thursday that the Central Drugs Standard Control Organisation, the apex drug regulatory agency, has approved clinical trials to assess the Mycobacterium indicus pranii (also called Mw) as a potential treatment as well as preventive agent.

In one set of the trials, Covid-19 patients who are not critically ill will receive the bacterium to determine whether it can provide quicker recovery or prevent the progression of the disease into a severe phase.

In the other set of trials, the bacterium will be offered to close contacts of Covid-19 patients and healthcare staff to determine whether it can protect them against picking up the infection.

The Council of Scientific and Industrial Research, a unit under the science ministry, will coordinate the trials that scientists say are part of efforts to “repurpose” known pharmaceutical products to fight Covid-19.

“All I can say is that this bacterium has some exceptional properties,” Gursaran “Pran” Talwar, 93, the immunologist who had discovered Mw while pursuing research on tuberculosis and leprosy during the 1970s, told The Telegraph on Thursday. The “pranii” in the bacterium’s name comes from “Pran”.

Through the 1980s and 1990s, Talwar, a former director at the National Institute of Immunology (NII), New Delhi, and his colleagues conducted clinical trials and found that the addition of this bacterium to standard leprosy therapy could accelerate cure.

In 1998, Cadilla, a Gujarat-based pharmaceutical company, acquired the technology for a formulation based on the bacterium and began marketing it as an immunotherapy product against leprosy that would reduce the cure time by several months.

The trials on the Covid-19 patients, their close contacts and healthcare workers will rely on Cadilla's product called Sepsivac.

Sepsivac contains a heat-killed formulation of the mycobacterium, also used as an immunomodulator to treat sepsis, a life-threatening complication of blood infections.

Previous studies have suggested that Sepsivac reduces the days spent by patients on ventilators as well as the incidence of secondary infection and mortality.

The CSIR has said this product was selected to 'repurpose' it for Covid-19 treatment because it had already proved to be safe and effective in boosting the immune system.

'The mycobacterium Mw is an ideal candidate to test against Covid-19,' said Seyed Ehtesham Hasnain, a senior biologist formerly at the NII and now vice-chancellor of the Jamia Hamdard University.

'Studies suggest that this bacterium can train the immune system. When the body has already seen something particularly challenging, the immune system is better prepared to deal with other microbes.'

Talwar and his colleagues at the NII had during the 1990s conducted what they still describe as the world's largest clinical trial, offering the bacterium to leprosy patients in the Kanpur Dehat area in Uttar Pradesh. Several thousand patients received the bacterium in the trial, which established its safety and efficacy.

'I am very happy to hear that the government wants to try this bacterium against the coronavirus,' said Talwar, who as a nonagenarian still keeps track of advances in immunology and infections.