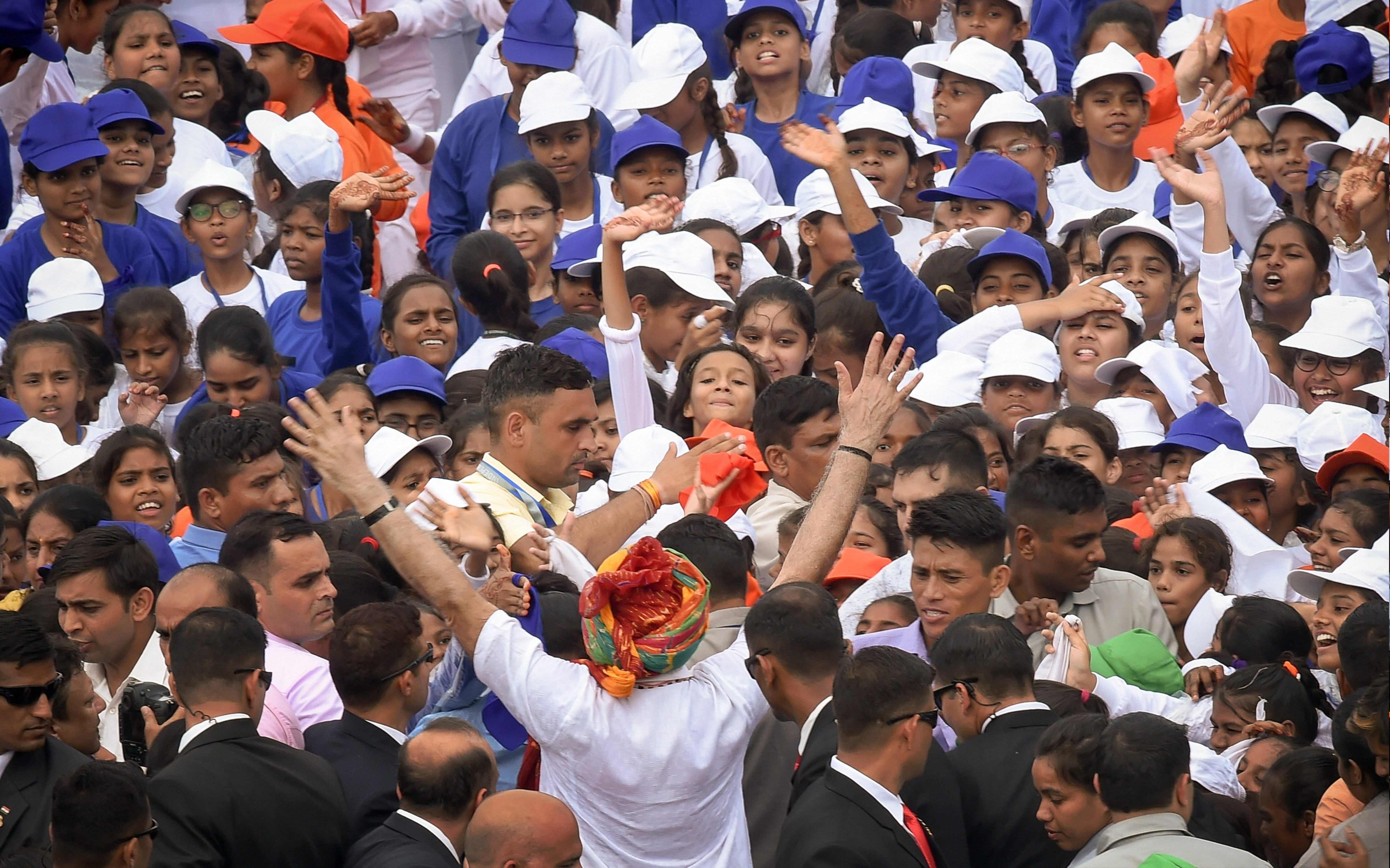 Narendra Modi on Thursday expressed concern over 'population explosion' in the country, a worry he aired for the first time at a big annual event.

The Prime Minister's mention is slightly at odds with data that points to a dipping fertility rate in India across communities.

Modi, however, said that population growth would be the cause of innumerable challenges for the coming generations and asserted that the central and state governments should launch measures to deal with the issue.

In his Independence Day speech, Modi said the time had come for 'us to face the challenges facing the country head on' as he pitched for smaller families, saying if people are not educated and healthy, then neither their homes nor the country can be happy.

Keeping one's families small is an act of patriotism and those who do so deserve our respect and need to be felicitated, he said.

Several BJP leaders, especially those who follow its hardline agenda, have long been voicing concern and have sought laws that would make people opt for smaller families.

The Prime Minister called upon the people to learn from the 'small section of society' which is aware and keeps its families small for their welfare that, he added, also contributes to the country's welfare.

Taking decisions by keeping in mind the 'political profits and losses' causes more problems for coming generations, he said, apparently targeting those critical of any move to curb population growth.

Modi pitched for spreading awareness in society, asserting that people need to consider if they are in a position to meet the requirements of their children adequately or will end up leaving them to their fate.