Nearly 10,000 people were scheduled to attend the meeting, However, the police blocked their way near the meeting place 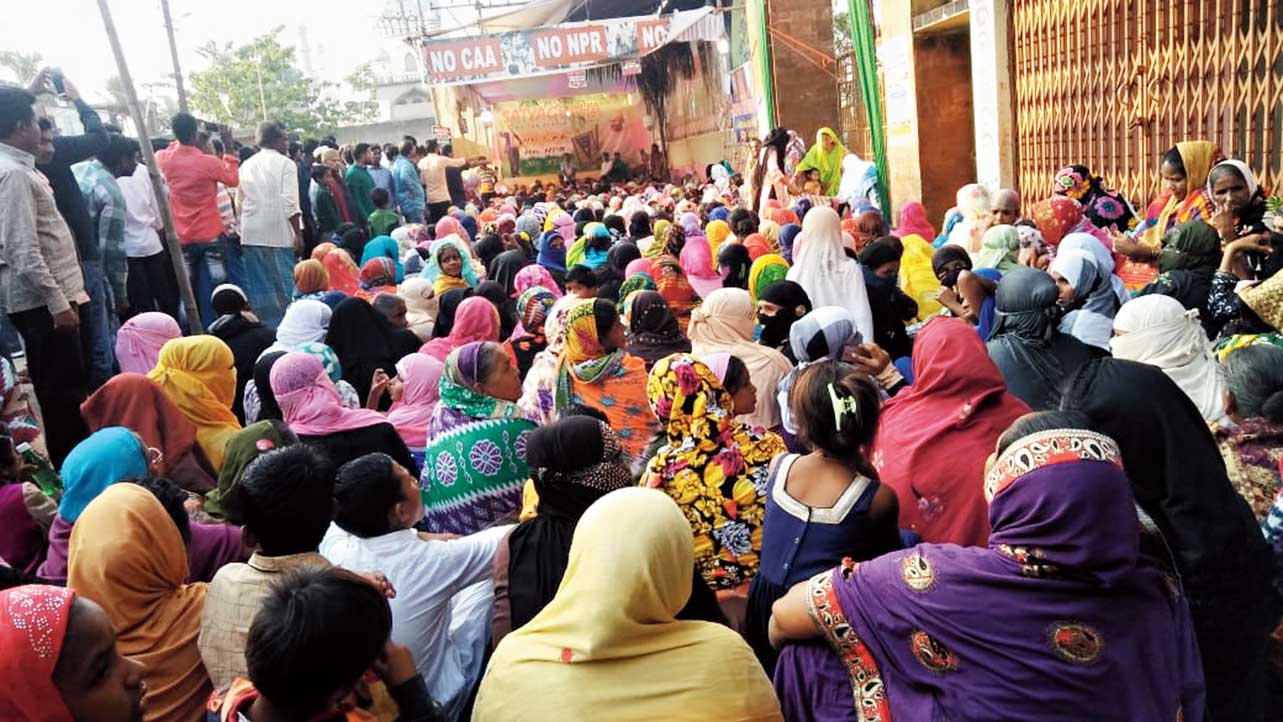 The protesters outside the locked field where the anti-CAA rally was supposed to be held
Telegraph picture
Subhashish Mohanty   |   Bhubaneswar   |   Published 27.02.20, 09:39 PM

Odisha police on Thursday stopped an anti-CAA meeting in Bhadrak, about 130km from the state capital where Union home minister Amit Shah is to hold a rally in support of the new citizenship act on Friday.

Senior officers, including inspector-general of police Diptesh Patnaik, rushed to Bhadrak, which has a history of communal flare-ups. Patnaik held meetings with officials and the organisers of the programme and asked them not to proceed with the event.

Later the police took over the ground that had been the intended venue of the meeting. Nearly 10 platoons of police were deployed. Guests from Delhi who were to attend the meeting were barred from coming to Bhadrak.

Nasiruddin Khan, a civil engineer, told The Telegraph: “Nearly 10,000 people were scheduled to attend the meeting, However, the police blocked their way near the meeting place. Later, the meeting was called off following the intervention of the police.”

Khan added: “Although the speakers from Delhi — JNU student leader Diptesh Dhar, CPM youth leader Shatrup Ghosh and Kawalpreet Kaul from Delhi University — reached Bhubaneswar on Wednesday, we requested them not to come to Bhadrak following the police intervention. The police locked the gate of the field where the meeting was scheduled to take place“

The police said they would not allow programmes in favour and against the CAA in Bhadrak.

Odisha chief minister Naveen Patnaik, whose party BJD had supported the CAA when it was passed in Parliament, said that the violence in the country could have been avoided had such awareness campaigns been held earlier.

“There is no need for Amit Shah to tell the people of Odisha about the CAA. The people are fully aware of the Odisha government’s and the Centre’s stand on it. Had the (central) government made people aware of the CCA before implementing it, such incidents of violence in the country could have been avoided,” Naveen said.

“That time has already passed. Parliament has passed the CAA. Now they are doing it (awareness programme). Time will only tell how much benefit they will reap by organising such a programme,” BJD spokesperson Pratap Deb said, referring to Shah’s rally.