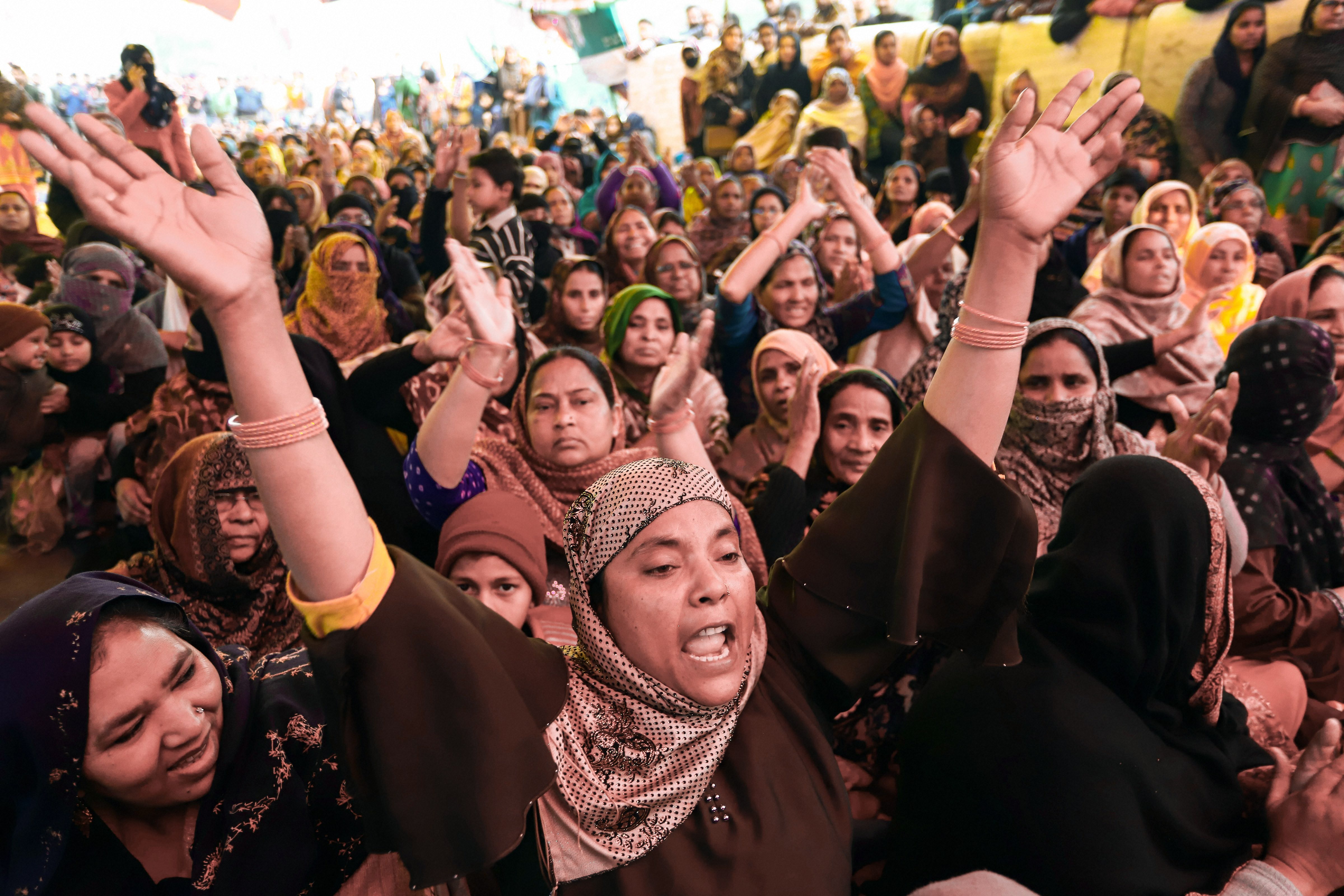 Protesters raise slogans during a demonstration against the amended Citizenship Act and National Register of Citizens at Shaheen Bagh, in New Delhi, Tuesday, Janaury 28, 2020
PTI
PTI   |   New Delhi   |   Published 29.01.20, 08:46 AM

Police have registered a case against a man after he entered the protest area at Delhi's Shaheen Bagh and threatened agitators protesting against the Citizenship (Amendment) Act (CAA), officials said on Wednesday.

A video clip of the alleged incident, which went viral on social media, shows a gun-wielding man being overpowered by the protesters on Tuesday.

The man has been identified as Mohammad Luqman (50), a building contractor and a resident of Shaheen Bagh, they said.

Taking cognizance of the incident, a case was registered under section 336 (Act endangering life or personal safety of other) and 506 (Criminal Intimidation) of Indian Penal Code and Arms Act, police said.

Deputy commissioner of police (southeast) Chinmoy Biswal said 'After this incident came to light, we registered a case and are investigating it on the basis of facts.'

According to agitators, the man entered the protest area on Tuesday and threatened the anti-CAA agitators there.

He climbed up the stage around 3pm and asked people to end their agitation. He was, however, overpowered by other protesters and taken away from the site.

Police said the man had gone to the protest site along with a group of people to request the protesters to re-open a section of the blocked road for traffic and that he was carrying a licensed pistol.

However, an investigation is underway to ascertain facts and the exact sequence of events, they added.

The protest against the CAA at Shaheen Bagh, primarily led by women, has been going on for the past one month.

The protests have also been criticised for blocking the road and causing inconvenience to motorists and schoolchildren.