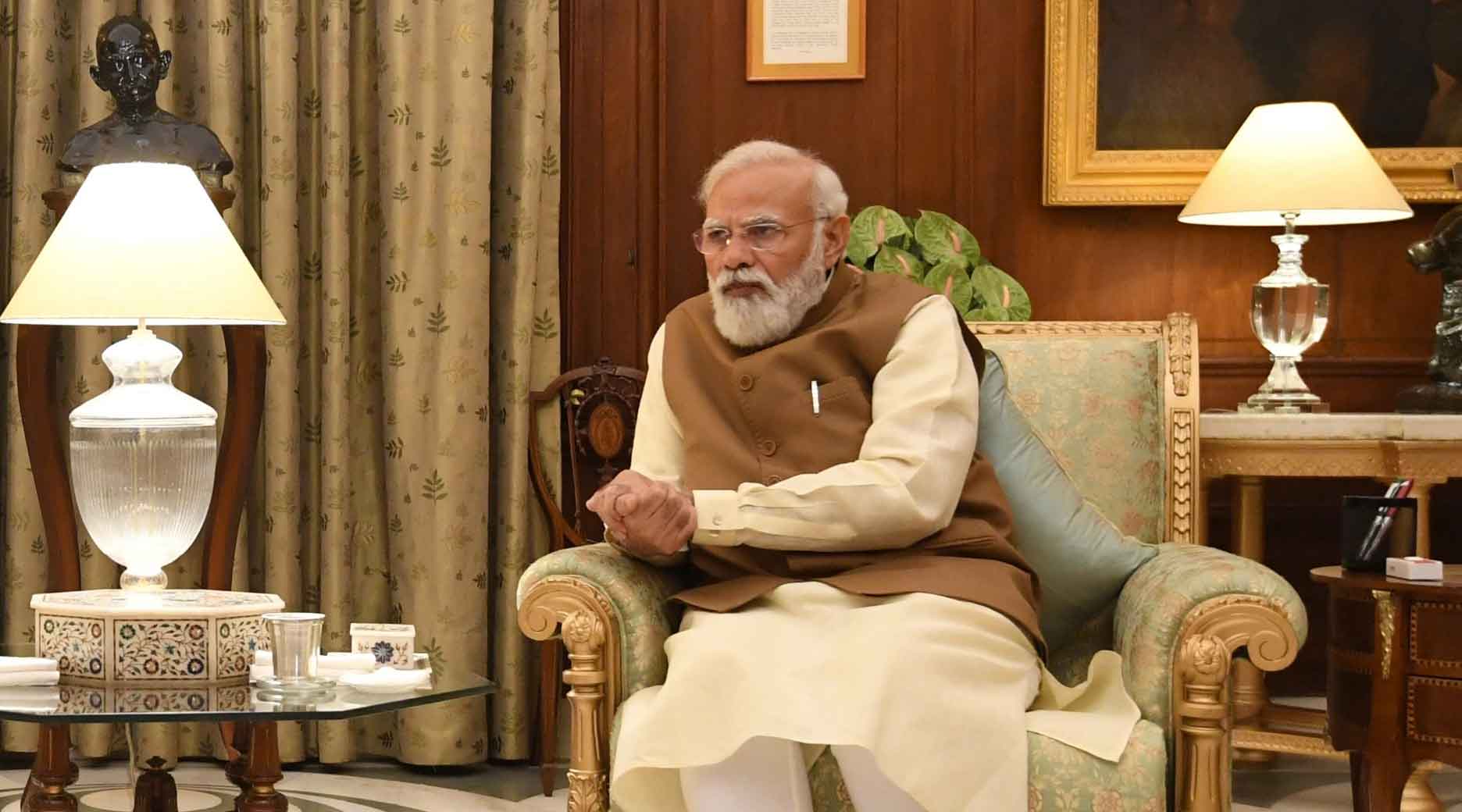 The BJP on Wednesday launched an all-out attack on the Congress over the breach in Prime Minister Narendra Modi's security in Punjab, alleging it wanted to physically harm him as repeated defeats in elections have taken the party on the path of "insanity".

Top BJP leaders, including Home Minister Amit Shah and party president J P Nadda, lashed out at the Congress, which is in power in the state, over the incident.

Nadda accused the Congress of trying "all possible tricks to scuttle" Modi's programmes, including a rally, in the state. Union Minister Smriti Irani asked whether the Congress leaders were "happy that the prime minister was on the verge of death".

Hitting out at the state government after Modi's rally was called off and another programme disrupted as protesters blocked his route breaching the security protocol, Nadda said what is extremely worrisome is that the incident was also a big security lapse.

In his tweets, Shah said, what was witnessed in the state is "Congress-made" and a trailer of how this party thinks and functions.

"Repeated rejections by the people have taken them on the path of insanity. The topmost echelons of the Congress owe an apology to the people of India for what they have done," he said.

Noting that his ministry has sought a detailed report on the security breach in Punjab, Shah said such dereliction of security procedure in the prime minister's visit is totally unacceptable and that accountability will be fixed.

Today’s Congress-made happening in Punjab is a trailer of how this party thinks and functions. Repeated rejections by the people have taken them to the path of insanity. The topmost echelons of the Congress owe an apology to the people of India for what they have done.

The Ministry of Home Affairs has sought a detailed report on today’s security breach in Punjab. Such dereliction of security procedure in the Prime Minister’s visit is totally unacceptable and accountability will be fixed.

Modi's Punjab visit was cut short as he was stranded on a flyover for 20 minutes due to a blockade by protesters.

"Never before in the history of our country has a state government knowingly constructed a scenario where the prime minister of the country will be brought in harm's way," she said.

"The Congress failed in its murderous intentions on the holy land of Punjab... Congress leaders were expressing joy over the prime minister's security breach. Were they happy that Prime Minister Modi was on the verge of death?" Irani posted.

My comments on the Hon PM’s security breach in Punjab. pic.twitter.com/h3yQFZDNEv

In a series of tweets, Nadda sought to put the state government in a dock over its alleged lapses.

"Protestors were given access to the Prime Minister's route while the Punjab CS (chief secretary) and DGP gave assurances to SPG that the route is clear. To make matters worse, Chief Minister Charanjit Singh Channi refused to get on the phone to either address the matter or solve it. The tactics used by the Congress government in Punjab would pain anyone who believes in democratic principles," he said.

Nadda alleged that the state police was instructed to prevent people from attending Modi's rally and a large number of buses were stranded because of the high-handedness of the police in connivance with the protesters.

In doing so, they did not bother that the prime minister was to pay tributes to Bhagat Singh and other freedom fighters and lay the foundation stone for key development works, the BJP chief said.

"By their cheap antics, Congress government in Punjab has shown that they are anti-development and have no respect for freedom fighters too," he said, alleging it was done as the ruling party in the state fears a resounding defeat in the upcoming Assembly polls.

"It is sad that the prime minister's visit to launch development projects worth thousands of crores for Punjab was disrupted. But we will not let such cheap mentality hinder the progress of Punjab and will continue the effort for the development of Punjab," Nadda said.

Chief Minister Channi on Wednesday expressed regret after Prime Minister Narendra Modi had to cut short his visit to the state, but asserted that there was no security lapse.

Congress general secretary and chief spokesperson Randeep Surjewala said Nadda should stop indulging in blame game and the BJP should instead introspect its "anti-farmer" attitude. He alleged that lack of crowd at Modi's rally was a factor being the prime minister calling off his trip.

BJP national general secretary Tarun Chugh, who is from Punjab, said what happened in the state was a matter of shame for the Channi government.

He alleged Channi and Punjab Congress chief Navjot Sidhu had joined hands with subversive and anti-national forces to foil the democratic right of the prime minister and the BJP to address public meetings.

Union Minister Piyush Goyal said, "It is shameful that all this happened under the nose of the state government which intentionally let their guard down."

"There is clearly an intentional Congress hand behind this incident with senior party leaders like Rahul and Sonia Gandhi not condemning the security breach," he alleged.

Punjab MP Som Prakash said, "Congress is so full of hatred for Modi that it played with his security. In fact it is playing with national security."

BJP general secretary (organisation) B L Santhosh said, "Politicisation of administration and police reaches new low under Congress in Punjab today. After the Emergency in 1975, it has committed the second grave mistake today. Hon'ble PM's security was compromised. Congress and the leadership will pay for this heavily in days to come.

Meanwhile, former Punjab CM Amarinder Singh said, "Complete failure of law and order in Punjab, CM and HM Punjab, in particular. When you cannot provide smooth passage to the Prime Minister of the country and that too just 10km from the Pakistan border, you have no right to stay in office and should quit!" read the tweet of Amarinder Singh, who has formed an alliance with the BJP for the assembly elections that are weeks away."

Complete failure of law and order in Punjab, CM and HM Punjab, in particular. When you cannot provide smooth passage to the Prime Minister of the country and that too just 10km from the Pakistan border, you have no right to stay in office and should quit!