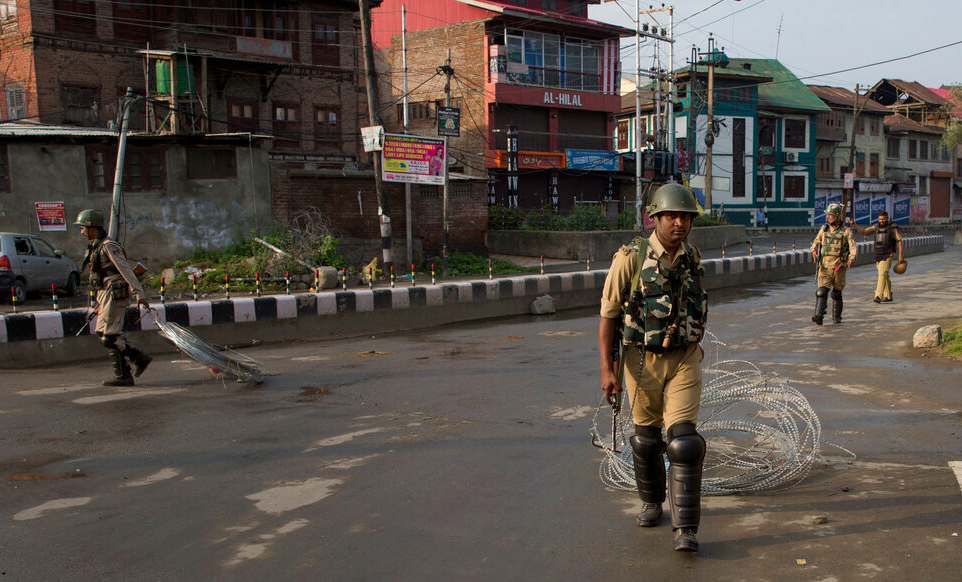 More than 90 per cent of 593 higher education students surveyed by a researcher from a government-run university in Kashmir and a New York college have favoured a referendum to resolve the Kashmir issue and a complete withdrawal of “Indian” troops from Jammu and Kashmir.

The survey was conducted at the peak of the government clampdown — between October and December last year — in the wake of the August 5 scrapping of Jammu and Kashmir’s special status.

Some of the findings of the yet-to-be-published survey were reported by The Washington Post newspaper last week. The article was authored by Yelena Biberman, one of the surveyors and assistant professor of political science at Skidmore College in New York, and the Srinagar-based researcher and academic at a university in Kashmir who was also part of the survey late last year. The researcher did not want to be named in The Telegraph’s article for fear of reprisal.

“Among our survey respondents, the preferred route to resolving the Kashmir conflict was a plebiscite in which Kashmiri people vote to determine the future of their region. Fully 91 per cent of our survey respondents were optimistic about this option — with 81 per cent deeming this approach very effective,” the article in the Post says.

“Most of our survey respondents want to see a complete withdrawal (91 per cent) of Indian troops, or at least a decrease in India’s military presence (92 per cent). Kashmir is perhaps the most densely militarised zone in the world. Before the August crackdown, it had roughly one soldier for every 10 civilians.”

The Valley researcher told this newspaper that the university where he works had “nothing to do” with the survey, having “neither sponsored nor funded it”. He also clarified the survey was a project undertaken by two academics, although it was funded by Skidmore College.

The Centre crushed with force any dissent against its August 5 decisions, sending thousands including former chief ministers Farooq Abdullah, Omar Abdullah and Mehbooba Mufti to jail.

The survey was conducted among 593 college and university students in the Valley.

While students boycotted classes in colleges and universities from August to December, the researchers said they reached out to them at various unspecified locations in Srinagar.

“Why study the opinions of university students? We wanted to focus on the ‘generation of rage’ and the new activism that played a leading role in the 2016-2017 uprisings (after Hizb-ul-Mujahideen commander Burhan Wani’s killing). At the time, widespread student protests in the Kashmir Valley left hundreds of students injured in clashes with India’s armed forces, and there were many student arrests,” the article in the Post said.

“We conducted our survey at a time when the vast majority of Kashmiris likely felt disaffected and angry toward India. Yet when we asked what it would take to bring long-lasting peace to Kashmir, our survey respondents expressed hope, rather than rage,” the article added.

It said most of the students surveyed were optimistic about a number of different options.

“Two-thirds of the respondents believed that peace negotiations between India and Pakistan could be effective. The number skyrocketed to 83 per cent when our survey question included the participation of Kashmiri representatives in these negotiations,” the survey said.

According to the survey, an overwhelming majority, 92 per cent, considered non-violent methods effective, but 64 per cent believed the continuation of militancy and violence was useful for bringing about long-lasting peace in the region.

While a big majority favoured a UN-mandated plebiscite for resolving the Kashmir issue, the majority of the respondents were also optimistic about a four-point proposal of former Pakistan President Parvez Musharraf that had called for maximum autonomy and demilitarisation.

An official at the Valley university said the researcher worked as an associate professor “on a contractual basis”.

“I am not aware whether the university higher-ups are aware of the survey,” he said.