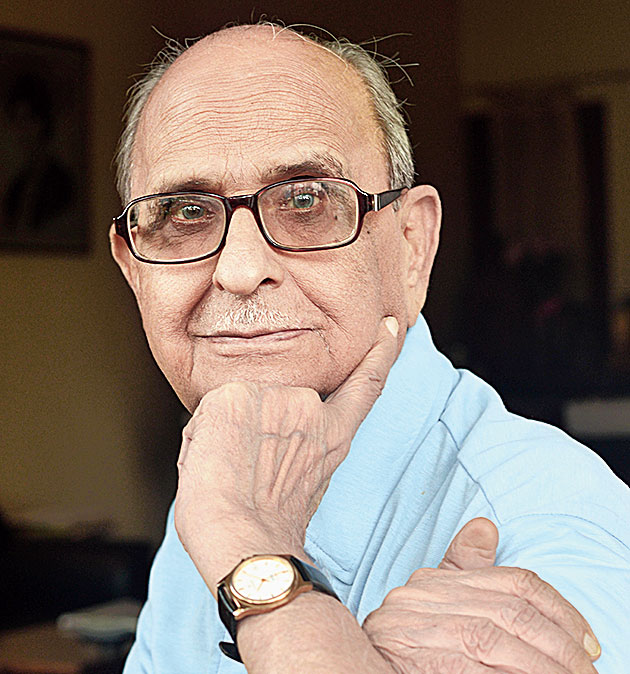 An Indian neurosurgeon, a teacher and research zealot, whose friends are familiar with his streak of impatience to get things done speedily, made them wait over 20 years for his own story.

Prakash Narain Tandon, emeritus professor at the All India Institute of Medical Sciences (AIIMS), New Delhi, released earlier this week — a day after his 91st birthday — his autobiography, 323 pages in print, originally handwritten in ink on paper.

The memoirs also describe his personal and professional struggles through a career that did not end after he “put down” his knife on September 2, 1990, but shifted to guiding science and research policy. He has recounted the guilt he experienced because his medic wife did not get a job when he moved from Lucknow to Delhi, his hesitation in taking up his first patient at the AIIMS in 1965, fearing the outcome in an ill-equipped surgical theatre, and his feelings when he had to undergo earlier this year surgery for a pituitary tumour — “a neurosurgeon under a neurosurgeon’s knife”.

“His story will be invaluable in inspiring our young people — whether within or outside medicine,” said Sunil Pandya, a senior Mumbai-based neurosurgeon who was among Tandon’s friends who first urged him to pen his autobiography two decades ago.

Tandon, who studied medicine at the King George’s Medical College, Lucknow, had initially wanted to specialise as a cardiothoracic surgeon, but was lured towards neurosurgery by mentors from Norway. He trained as a neurosurgeon in Norway and Canada before returning to Lucknow and joining the AIIMS in 1965.

He recalls how many patients who approached the AIIMS were often asked to go to Chennai or Vellore that had far more experienced neurosurgeons and required surgical facilities. Eager to avoid the label of a “non-operating surgeon”, Tandon chose to start with a patient with a spinal tumour but quickly moved to manage brain tumours.

“He’s directly trained more than 50 neurosurgeons, many of whom are practising in different parts of India,” said Deepak Gupta, professor of neurosurgery at the AIIMS who recalls sitting through Tandon’s weekly post-retirement lectures.

Gupta was among the team of surgeons at the AIIMS that successfully separated craniophagal twins from Odisha in 2017, a particularly challenging surgery that has many times failed elsewhere. Gupta says training under Tandon helped the team during surgery.

Tandon says he’s tried to convey to his students a principle he himself picked up from a statement attributed to former US President Theodore Roosevelt: “Do what you can, with what you have, where you are.”

While the medical community hails Tandon’s contributions to neurosurgery, many scientists and policymakers believe one of his biggest feats outside of clinical medicine has been to get others to “share his dream” of an exclusive institution for brain science.

Doctors and scientists across India had been discussing the idea since the 1960s, but Tandon pushed hard for support. In 1997, the department of biotechnology announced the creation of the National Brain Research Centre (NBRC), Manesar (Haryana).

“We had other institutions such as the National Institute of Mental Health and Neurosciences in Bangalore, but nothing to comprehensively pursue research on the brain. This was Professor Tandon’s dream,” said Manju Sharma, former secretary, department of biotechnology.

Since its inauguration in 2003, the NBRC has emerged a major research and education hub with contributions to both clinical and fundamental brain science — its research touching encephalitis, Alzheimer’s disease and dyslexia.