The varsity, which last year dropped a book by Arundhati Roy from its syllabus on ABVP's demand, faced a disruption bid and smear campaign for the seminar 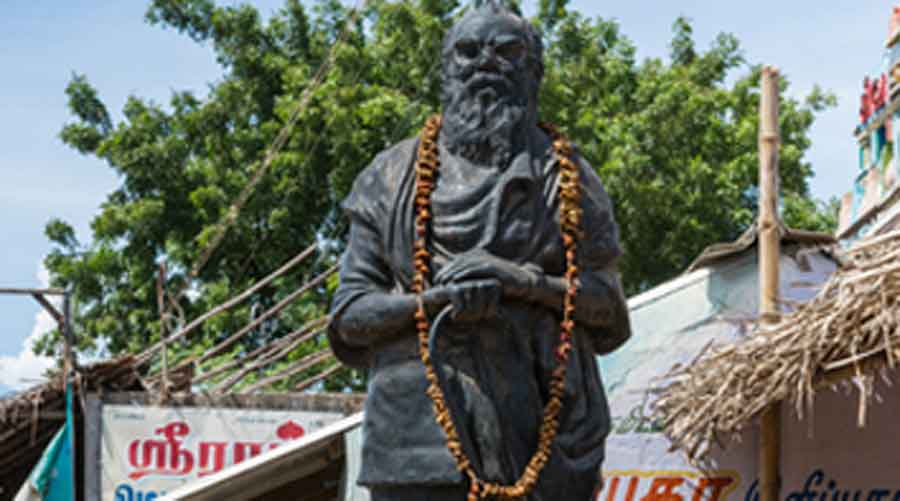 Organising a lecture on “Periyar and Islam” faced a Tamil Nadu university with a disruption bid and a smear campaign this week from a Sangh parivar outfit, culminating in the varsity management curbing the various departments’ freedom to hold seminars.

The Manonmaniam Sundaranar University (MSU) in Tirunelveli, which last year dropped a book by Arundhati Roy from its syllabus on a demand from RSS student wing ABVP, had invited senior journalist Riaz Ahamed to deliver the Periyar lecture on Wednesday.

After invitations were sent to the media on Tuesday, the Hindu Munnani took to Facebook asking whether MSU was “a university, a training centre for ISIS or an office of Dravidar Kazhagam”.

The Dravidar Kazhagam is an organisation founded by the late Periyar (1879-1973), a rationalist and social reformer who began the Self-Respect Movement against Brahmanical hegemony, transforming Tamil Nadu politics.

Before the lecture was to start on Wednesday, a group of Munnani members led by the outfit’s state secretary, K. Kutralanathan, gathered before the campus gate. They chanted slogans and demanded they be allowed to enter and attend the lecture.

Turned away by the police, they left saying they would complain to governor R.N. Ravi, the pro-chancellor of the university.

It was the university’s UGC-funded Centre for the Study of Social Exclusion and Inclusive Policy that had organised the event as part of a series of lectures on Periyar.

S. Samuel Asir Raj, the centre’s director and a sociology professor, told The Telegraph over the phone that the series was part of the centre’s research and outreach activities as prescribed by the UGC. The first lecture, held on October 1 after the resumption of physical classes, was on “Periyar and women’s rights”.

Wednesday’s lecture by the Kanniyakumari-based Ahamed, associate editor of the Tamil journal Puthiya Vidiyal, was the second in the series. After the disruption bid, the duration of the lecture was cut to one hour from the scheduled 90 minutes.

“He (Ahamed) gave a good talk but the Hindu Munnani people took it in a different way,” Raj said.

In his lecture, Ahamed said the practice of untouchability in Hinduism had led Periyar to take an interest in Islam although he remained a lifelong atheist.

He mentioned a speech Periyar had delivered in his hometown Erode in 1947 on “Friend of Islam”, in which he said Islam treated all equally and ensured the dignity of the human being. Ahamed added that Periyar had fought for the political rights of Indian Muslims.

Late on Thursday, the MSU registrar-in-charge issued a circular to the heads of all the departments directing them to obtain permission “well in advance” from university authorities before they conducted any “seminar, conference, workshop” on any topic.

The circular said that while seeking permission, the department heads must provide details such as the probable speakers. It added that the directive must be followed “scrupulously”.

Raj expressed dismay at the circular. “It will destroy academic freedom and the spirit of tolerance,” he said. “This is an attempt to throttle the series of lectures on Periyar.”

Last November, MSU had removed Arundhati Roy’s Walking With the Comrades from its postgraduate English syllabus after the ABVP alleged the book sought to “glorify the Maoists”.