'If you want to keep a secret, you must also hide it from yourself,' CJI N.V. Ramana said at the start of the ruling, quoting from Orwell’s 'Nineteen Eighty-four' 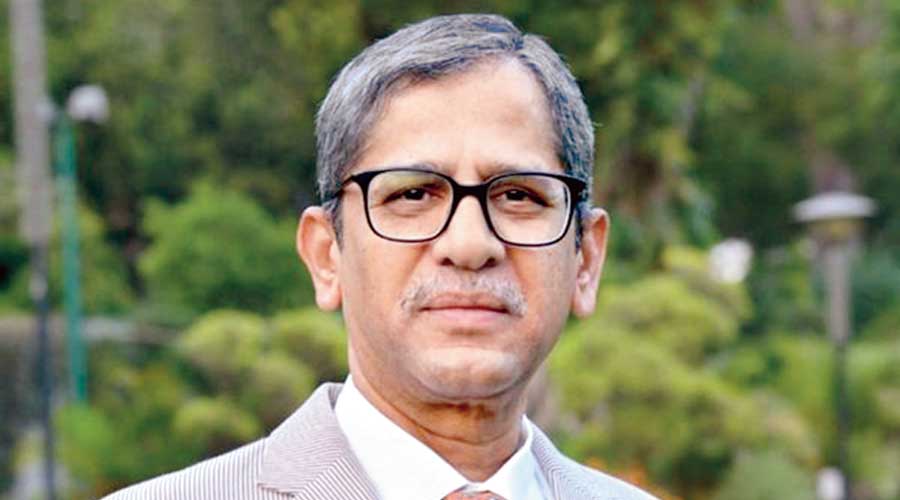 When Pegasus, the biggest of all Big Brothers, takes wing in judicial discourse like the mythical horse the spyware is named after, a nod to George Orwell is in order.

“If you want to keep a secret, you must also hide it from yourself,” Chief Justice of India N.V. Ramana said at the start of the Pegasus ruling, quoting from Orwell’s Nineteen Eighty-four.

The cautionary tale by the Bihar-born English novelist chronicles the consequences of totalitarianism, mass surveillance and repressive regimentation of people and behaviours within society. The book also created Big Brother, the master of mass surveillance who never lets the citizens forget that “Big Brother is watching you”.

Setting up the Pegasus probe committee on Wednesday, the Supreme Court asserted that “every citizen of India ought to be protected against violations of privacy”.

Reading out the order in open court, Justice Ramana said the court normally would not go by news reports. But the batch of writ petitions, based mostly on news reports about alleged snooping through the Israeli spyware Pegasus, “raise an Orwellian concern about the alleged possibility of utilising modern technology to hear what you hear, see what you see and to know what you do”.

Justice Ramana said: “This court has always been conscious of not entering the political thicket. However, at the same time, it has never cowered from protecting all from the abuses of fundamental rights.”

The bench of Chief Justice Ramana and Justices Surya Kant and Hima Kohli spoke of the “sacred private space of an individual”.

“We live in the era of information revolution, where the entire lives of individuals are stored in the cloud or in a digital dossier. We must recognise that while technology is a useful tool for improving the lives of the people, at the same time it can also be used to breach that sacred private space of an individual,” Justice Ramana said.

Invasion of privacy affects all citizens, not journalists and activists alone, he observed, adding that members of a civilised democratic society have a reasonable expectation of privacy.

“Every citizen of India ought to be protected against violations of privacy. It is this expectation which enables us to exercise our choices, liberties and freedom,” the apex court said.

The court acknowledged that the right to privacy could not be claimed to be absolute. “However, any restrictions imposed must necessarily pass constitutional scrutiny.”

The bench said surveillance may be essential for fighting violence and terror when a need may arise to interfere with the right to privacy of an individual, provided it is carried out only when it is absolutely necessary to protect national security and is proportional.

The court referred to the need to protect sources of journalists. “Having regard to the importance of the protection of journalistic sources for press freedom in a democratic society and the potential chilling effect that snooping techniques may have, this court’s task in the present matter, where certain grave allegations of infringement of the rights of the citizens of the country have been raised, assumes great significance,” Justice Ramana said.

The CJI added: “In this light, this court is compelled to take up the cause to determine the truth and get to the bottom of the allegations.”

The court said the materials placed on record by the petitioners — the Editors Guild of India, journalists N. Ram and Sashi Kumar and others — “prima facie merits consideration”.

The following are some of the “compelling circumstances” that prompted the bench to set up the probe committee:

⚫ The right to privacy and freedom of speech are alleged to be impacted, which needs to be examined.

⚫ The entire citizenry is affected by such allegations due to the potential chilling effect.

⚫ The Centre has not taken a clear stand regarding actions taken by it.

⚫ The seriousness accorded to the allegations by foreign countries and the alleged involvement of foreign entities.

⚫ Possibility that some foreign authority, agency or private entity is involved in placing Indian citizens under surveillance.

⚫ Allegations that the Centre or state governments are party to the rights’ deprivations of citizens.

Rahul: PM not above nation