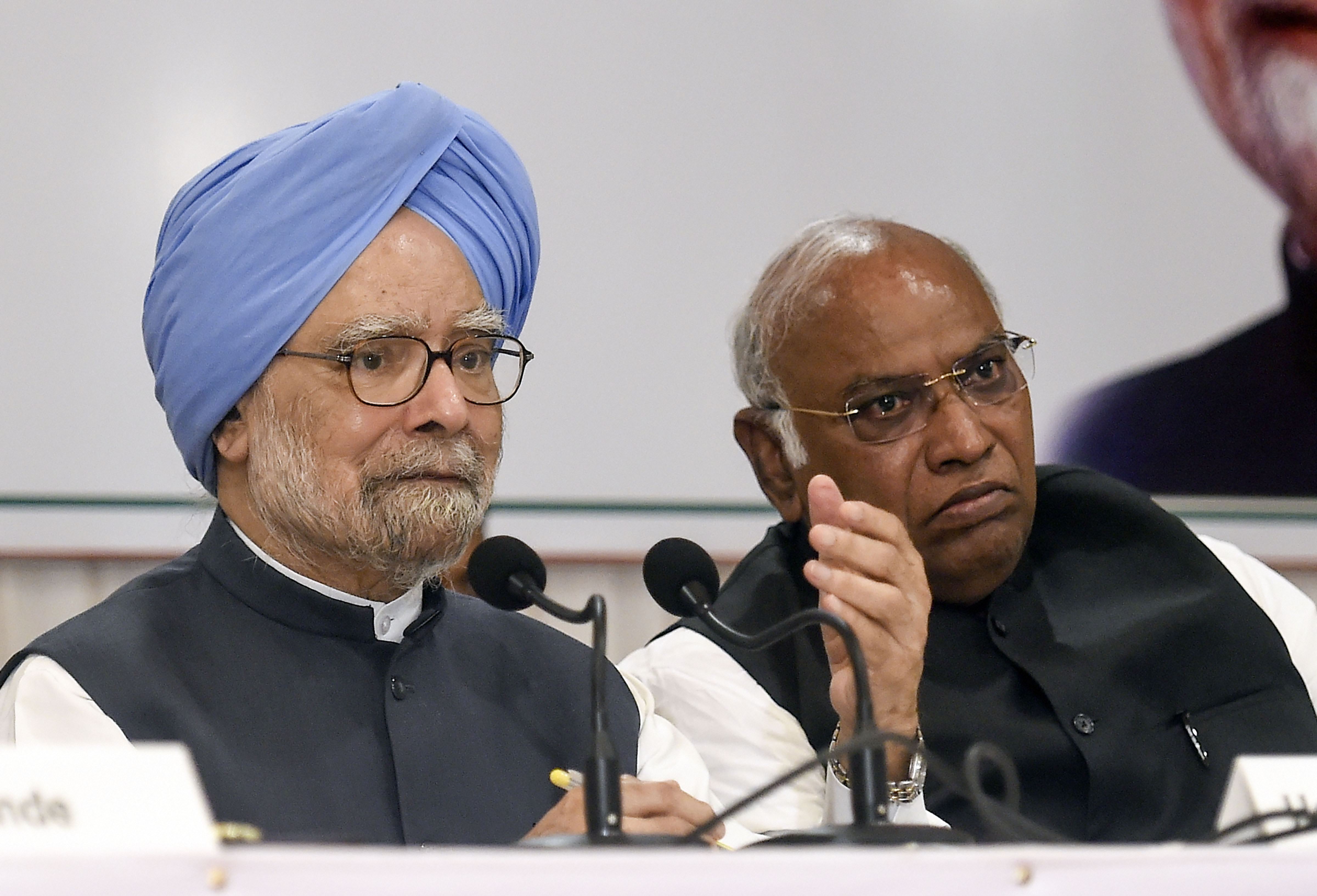 The Congress does not need a certificate of patriotism from anyone, former Prime Minister Manmohan Singh said on Thursday and then pointed out that the party voted in favour of the abrogation of special provisions to Jammu and Kashmir.

Singh tried to draw a distinction between the abrogation of special status under Article 370 and the way in which it was implemented, which he said was 'high-handedness'.

The economist-turned-politician also said that agencies such as the Enforcement Directorate (ED) should not be used to settle 'political scores'.

Sharad Pawar and Praful Patel, who are leaders of the NCP that is a Congress ally, are being investigated by the ED in various cases.

Singh said that the agency under the NDA regime has got more powers than ever and should not be used for political vendetta against leaders of 'different hues'.

'Our hope is these powers will be used not to settle political scores,' he said.

Asked about the BJP's poll promise of seeking the Bharat Ratna for V.D. Savarkar, who was an accused in Mahatma Gandhi assassination and acquitted, Singh said the Congress only opposes Savarkar's Hindutva ideology.

Referring to the Hindu Mahasabha leader as 'Savarkarji', Singh said Indira Gandhi had issued a postal stamp in Savarkar's memory. '(But) we are not in favour of the Hindutva ideology that Savarkarji patronised and stood for,' he said.

Singh also hit out against the NDA government's Citizenship Amendment Bill, calling it a divisive move that discriminates against Muslims by facilitating Indian citizenship for persons of all faiths except those belonging to Islam. For the first time in the history of Parliament such a divisive bill has been tabled, he said.

On the National Register of Citizens (NRC) in Assam, Singh said the BJP expected that it would exclude Muslims, but 12 lakh out of the 19 lakh people who could not establish their citizenship status were Bengali Hindus.

'There is a need to look at things in an objective manner in matters such as the NRC and while people would want to identify foreign nationals and ensure they do not get any benefits, we need to look at the issue with full sympathy as a human problem,' Singh said.