Parliament must sit at least 120 days a year

Assmebly is valuable instrument for promoting good governance, democracy and rule of law 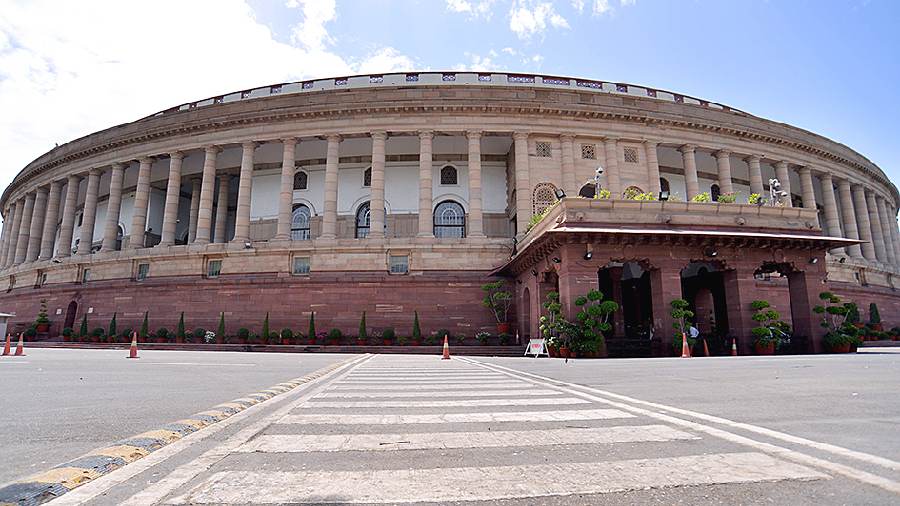 Seventy-five years after Independence, when we retrospect, we cannot ignore the enduring resilience of our democracy amid the many contradictions, conflicts and aberrations. Democracy is essentially a system in which the authority of the State derives legitimacy from the people. Therefore, the institutions of representative democracy must bear the ethical and political responsibility to act as the defender of popular will.

Over the years, there has been an alarming decline in the independence of the major pillars of our democratic institutions, including Parliament, the judiciary, media and the civil service. The trend towards authoritarianism is most visible in the erosion of parliamentary procedures and practices.

India’s Parliament is a beautiful amalgamation of legislature and executive in which discussions and deliberations take place on policies and legislation. Our Parliament is popularly perceived as a platform for communicating the people’s needs and regulating executive power through oversight and the enforcement of transparency and accountability.

These functions make Parliament a valuable instrument for promoting good governance, democracy and the rule of law. However, fulfilling this mandate requires an enabling parliamentary process, robust legislative practices and strict adherence to constitutional provisions. Unfortunately, over the years, Parliament has lost its efficiency, vitality and responsiveness. The Statistical Handbook 2021 of Parliament clearly reflects the perilous state of parliamentary procedures in India.

One of the critical indicators of the crisis is the sharp fall in the number of days of parliamentary sittings in each session since 1952. While the total number of sittings was 677 days in the first Parliament, it declined to 331 days during 2014-19. That is, the number of days spent on the legislative process, deliberations and debate had been halved by 2019.

The report reflects other unhealthy practices as well. For example, while the highest number of annual sittings of Parliament was reported in 1956 at 151 days, the lowest came in 2017 at only 57 days. More important, the average sittings per year have fallen to 64 days. In the UK and the US, the average annual sittings are 150 days and 100 days, respectively.

This continuing decline in sittings has led to another disturbing trend — the passage of bills without adequate discussion. According to Article 107 of the Constitution, “a bill shall not be deemed to have been passed by the Houses of Parliament unless it has been agreed to by both Houses”.

Although the Constitution doesn’t use the term “discussion”, the word “agreed” clearly presupposes adequate discussion. One can’t agree to a bill unless its manifestations have been discussed and debated in the House. But nowadays, it has become the norm to pass bills without detailed discussion.

During the monsoon session of Parliament in 2021, a total of 20 bills were passed with minimal debate. More important, the average time spent discussing individual bills dropped drastically from 213 minutes in 2019 to 85 minutes in 2021. The farm bills and labour code bills were passed through disputed and heated voice votes amid protests from the Opposition.

The committee system too has witnessed a steady decline. The parliamentary committees ensure detailed deliberation over bills, and discussions with the stakeholders, thus acting as a check on arbitrary legislation. But data shows that the proportion of bills referred to parliamentary committees declined from 71 per cent during 2009- 14 to 27 per cent during 2014- 19. This has further fallen to 13 per cent since 2019.

A similar downward trend is visible in the number of calling-attention motions, assurances, short-duration discussions, etc.

It is thus evident that the government is using every opportunity to sideline, divert, distort and weaken the institution of Parliament. In their best-selling book, How Democracies Die, Steven Levitsky and Daniel Ziblatt have identified the erosion of norms and democratic practices as the greatest threat to contemporary democracy.

Some leaders like Hitler can dismantle the system very quickly. But in countries like India, democracy moves towards its death slowly, in barely visible steps. Unfortunately, we are going through that process now.

In this context, one important preliminary step that can improve the efficiency of Parliament is to increase the number of sittings in each session. There should be a collective demand from society that either House has a total of at least 120 working days a year.

When the MPs get more working days in each session, they can spend more time on discussion and deliberation in the House. The average time spent on bills, motions and other procedures will rise accordingly. This can substantially improve the quality and content of the lawmaking process.

As of now, Article 85 of the Constitution is silent on the number of sittings in each session or each year. A constitutional amendment that makes it mandatory for both Houses to meet at least 120 days a year will ensure sufficient opportunity for the members to actively participate in the legislative process. It will be a realistic step.

Author is a CPI leader and Rajya Sabha member. The winter session of Parliament begins on Wednesday