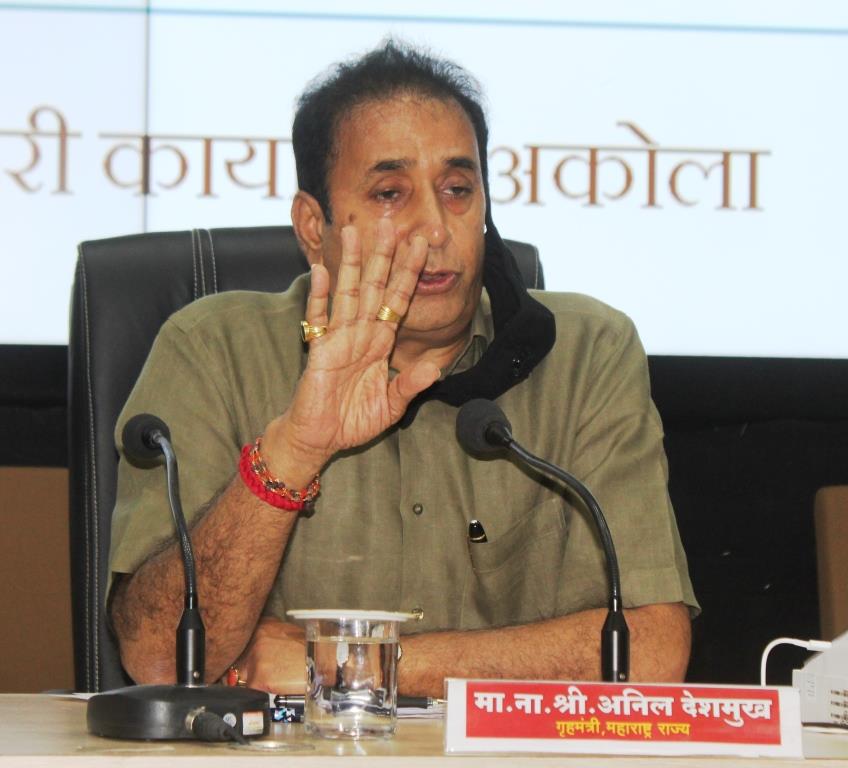 "An attempt was made to give a political colour to the incident. And this is very unfortunate...communal politics is being played," Maharashtra home minister Anil Deshmukh alleged.
Twitter/@AnilDeshmukhNCP
PTI   |   Mumbai   |   Published 22.04.20, 09:07 AM

Maharashtra home minister Anil Deshmukh on Wednesday said none of the 101 people arrested in connection with the Palghar lynching case is a Muslim and accused the Opposition of giving a communal colour to the incident.

Terming the incident as unfortunate and a blot on humanity, Deshmukh in a Facebook address said this is not the time to play politics, while urging all to engage in collective efforts to defeat the deadly coronavirus.

Without naming any leader or party, Deshmukh, who is an NCP leader, said some people were seeing Mungerilal ke haseen sapne (referring to a fictional character from a TV show who daydreams) of returning to power in the state.

He said in the run up to the incident, a rumour did rounds in Palghar that some people were lifting children during night.

The entire episode is being investigated by a special inspector-general and the probe has been handed over to the Crime Investigation Department (CID), he said.

'The police have arrested 101 people in connection with the incident within eight hours after it took place. They had run into neighbouring jungles but were caught by the police. There is no Muslim brother among these 101 people,'' Deshmukh said.

The minister said someone was heard as saying oye bas (please stop) in the video clip of the incident, but it was allegedly distorted as Shoaib.

'An attempt was made to give a political colour to the incident. And this is very unfortunate...communal politics is being played,' Deshmukh alleged.

He said such politics is being played at a time when the entire state is engaged in a battle against coronavirus.

The incident took place on the night of April 16 when three men—two seers and their driver—were going from Mumbai in a car towards Surat in Gujarat to attend a funeral.

Their vehicle was stopped near a village in Palghar district where the three were dragged out of the car and beaten to death with sticks by a mob on suspicion that they were child-lifters.

The Maharashtra government earlier ordered a high- level probe into the incident, and two policemen from Palghar were suspended on Monday for alleged dereliction of duty.