Palanivel Thiagarajan made the comment in context of the Sangh Parivar's standing demand to free temples from state control, of which Sadhguru is a proponent 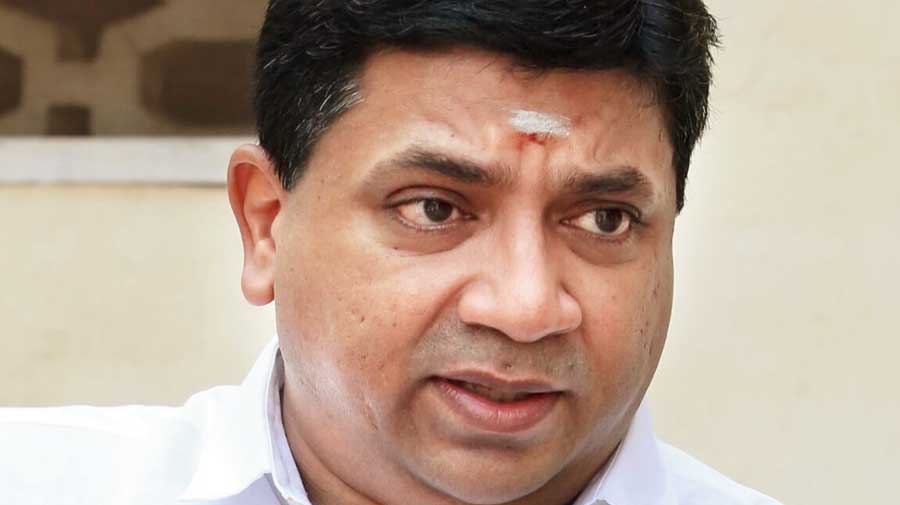 A longstanding battle over “secular” vs “Brahminical” control of Tamil Nadu’s temples, currently being fought between the ruling DMK and the Sangh parivar, has heated up with finance minister Palanivel Thiagarajan calling celebrity yoga practitioner Sadhguru Jaggi Vasudev a “publicity hound”.

The MIT-educated technocrat turned politician, known popularly as PTR, also alleged irregularities in the way the Coimbatore-based Sadhguru’s Isha Foundation had constructed buildings on forestland. His comments prompted the foundation to deplore the “un-parliamentary and uncalled for personal attack”.

Sadhguru is widely seen as a supporter of many of the policies of Prime Minister Narendra Modi, who had in December 2019 approvingly tweeted a video showing Sadhguru chiding the critics of the new citizenship regime.

The latest controversy broke out following an interview PTR gave to The Hindu newspaper in which he dismissed as “nonsense” the Sangh parivar’s demand to free Tamil Nadu’s temples from the administrative control of the state government’s Hindu religious and charitable endowments (HR and CE) department.

When the interviewer cited Sadhguru’s expression of support for the parivar’s demand, PTR dubbed the yoga practitioner a “publicity hound”, not to be taken seriously. 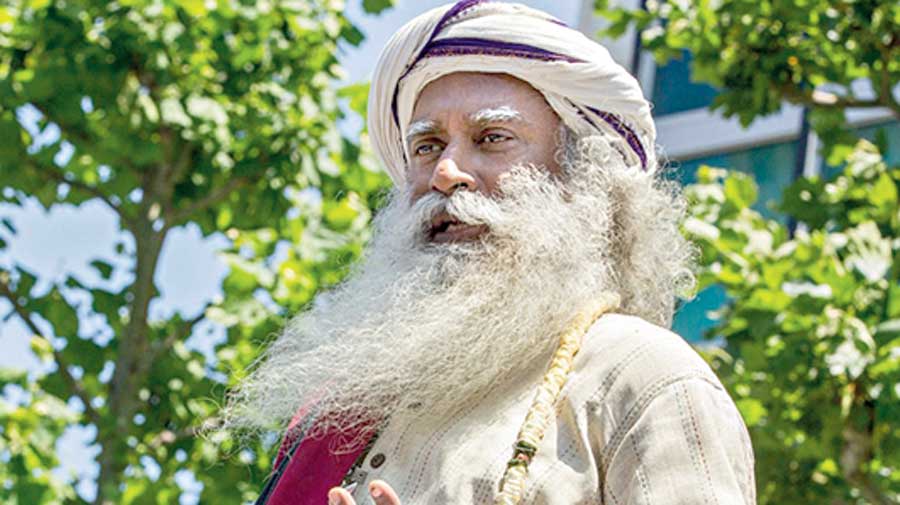 After controversy broke out, PTR issued a four-page statement from Madurai on Wednesday evening saying he had “no personal agenda” against Sadhguru but also explaining the charges against him.

He said he first “became aware” of Sadhguru and his Foundation as an Opposition member of the public accounts committee of the previous Assembly. He had come across an “audit paragraph” on alleged irregularities in the Foundation’s constructions between 1994 and 2008 on Coimbatore’s forestland and its acquisition of “post-facto approval” from the Hill Area Conservation Authority.

PTR said in his statement, to which portions of the audit report were attached, that this had spurred him to “research” the matter and discover “many other potential violations”.

Stating these matters did not come under his ministry now, PTR said he had no intention of initiating prosecution on the audit report’s findings.

“(But) I could no longer stay disinterested when Jaggi Vasudev turned to ‘privatise temples’ issue as his next publicity/ revenue ‘dimension’,” PTR said in his statement.

The BJP’s 2021 state election manifesto had argued that temples should be freed from the administrative control of the “secular state” — which has no say on the religious practices at the shrines, anyway — and handed over to an “autonomous board” of devotees and religious heads.

As head of the DMK cyber wing, PTR had had his team imaginatively combat the campaign. One of the memes during the poll campaign — a sacred thread wound around a temple tower — hinted that the parivar’s demand was a veiled plea for a return to “Brahmins’ control over temple management”. It created a furore and was withdrawn.

In the run-up to the polls, Sadhguru had in his televised interviews highlighted his “#Free Temples: Secular governments should not control temples” campaign, lending weight to the BJP’s case.

Sadhguru, a popular motivational speaker on television channels, commands a global audience in the cause of Hindu cultural nationalism. His book Inner Engineering: A Yogi’s Guide to Joy made it to the New York Times Bestseller list in 2017.

He had with the Indian government’s blessings led the yoga session on International Yoga Day — June 21, 2016 — at the UN headquarters in New York and interacted with world envoys on the theme “Yoga for sustainable development goals”.

The battle over the control of temples has been long. The HR and CE department was formed under British rule and given a firm regulatory framework in the 1920s under the erstwhile Justice Party ministries, whose political legacy was inherited by Periyar’s Dravidar Kazhagam (DK) and later the DMK.

The Justice Party had been formed to represent interests of the non-Brahmin majority against Brahmin domination in the erstwhile Madras Presidency.

PTR has said his “great-granduncle Thiru M.T. Subramania Mudaliar was a driving force” behind the then Justice Party’s enactments. Among these was the Hindu Paripalanam Act of 1922, enacted following complaints of shrine mismanagement, that provided for “monitoring the grants and endowments to temples” to ensure their proper use.

This law was the precursor of the HR and CE Act that came into force on January 1, 1960. The HR and CE department now manages 38,646 Hindu and Jain religious institutions and oversees 56 mutts, administering over 4.78 lakh acres of land, 22,600 buildings and 33,665 vacant sites. The tracts of farmland with these temples have largely been leased out to small and marginal farmers.

The parivar alleges lease arrears, encroachment of temple land, mismanagement of assets and transfer of land titles to private persons under the HR and CE department.

However, PTR argued in the interview that giving away the hundreds of temples of historical and archaeological value to private trusts was no solution.

“You say, give it to the bhaktas. Which bhakta will I give it to?” he asked.

While many DMK leaders, including chief minister M.K. Stalin, profess to be atheists, PTR has taken care to stress his family’s religious credentials and its centuries of association with the Meenakshi Amman temple in Madurai.

“My grandfather (P.T. Rajan, who was Justice Party chief minister in 1936) donated the idol of Lord Ayyappa to the Sabarimala shrine after the original idol was destroyed in a fire,” PTR said in the interview.

Political analysts and legal experts say the real issues behind the temple tug-of-war are ownership of the temple land and the revenue from the farmland and other assets bequeathed to the shrines, some of it by past Muslim rulers.

They say that demands for the land to be given to the “tiller” have made the issue more complex and that transferring the temples to private trusts could be legally messy.

Can you predict death?