Opinion divided on free transport for women in Delhi 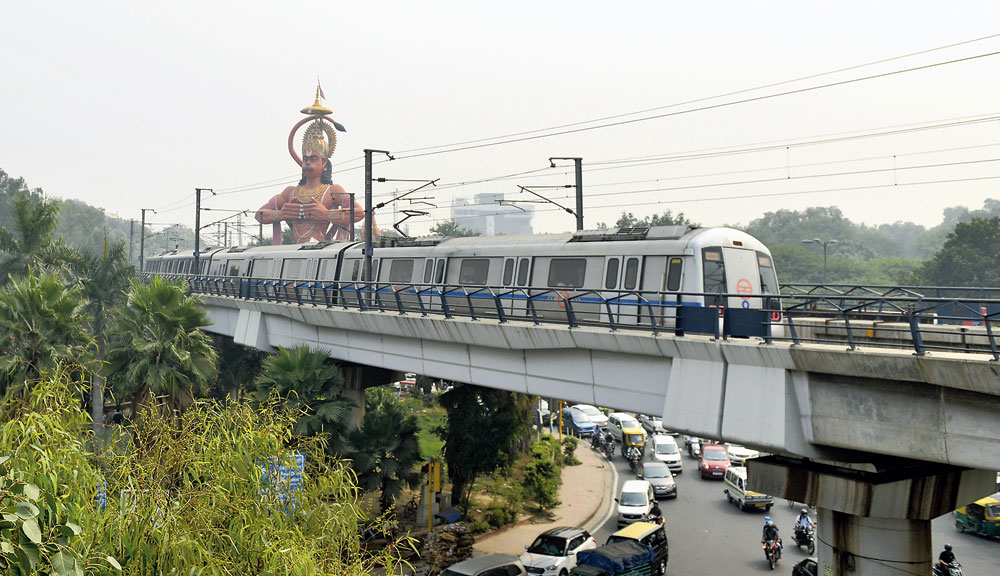 The Delhi government’s pledge to make public transport free for women split opinion on Wednesday, with supporters hoping it entices more women into work and detractors calling it a sexist gimmick.

In a nation of rapid economic change, more women study for careers but many remain housebound, with safety concerns highlighted by the gang rape of a woman on a Delhi bus in 2012.

Seeking to accelerate change, Delhi chief minister Arvind Kejriwal said on Monday that his government planned to make its state-run bus and Metro network free for women in coming months.

“Public transport is considered the safest for women and keeping that in mind, the government had decided that... all buses and the Metro will be made free for women,” Kejriwal told reporters.

Detractors called the plan “ridiculous” in a flurry of posts on social media, saying it was just a cheap attempt to win votes before Delhi goes to the polls in 2020.

“Where is the equality in this?” asked one commentator on Twitter while another questioned whether “this is even a real issue”.

Supporters called the plan “revolutionary” and a fillip for activists seeking to advance women’s standing across society.

“This is a great idea. Any space that has a larger number of women becomes safer for women,” said Shilpa Phadke, co-author of Why Loiter, which detailed the risks women face in public spaces and led to a street campaign of the same name.

“Domestic workers who used public transport earlier either walk now or share a ride in an autorickshaw.… When there is affordable and accessible transport, opportunities expand,” Phadke told Reuters.

Of 402 million Indians in the workforce, 127 million are women, according to the 2011 census data.

Kejriwal, whose Aam Aadmi Party swept to power in Delhi in 2015 partly on the promise of improved women’s safety, said the plan would be implemented in two to three months.

Atishi Marlena, a senior AAP member, said only one in three women used the Delhi Metro and a fare hike last year had forced a shift to less safe modes of transport, such as private buses.

Crimes against women in India spiked more than 80 per cent between 2007 and 2016, according to government data.

The gang rape and murder of a student in a private bus in Delhi in 2012 sparked a national outcry on women’s safety and led to tougher laws against sexual violence in India.

Seeking to avoid such risks, Kavita Krishnan, an activist with the All India Progressive Women’s Association, said many female students opted for colleges closer to home —“unlike men who do not have to strategise for safety like women do”.

The move would also bring down the cost of family outings and bring more women out of the home, Krishnan said.

Women in urban India turn down better paying jobs further away from their base as the public transport system is often unreliable or unaffordable, according to a 2017 study by the Institute for Transportation and Development Policy.

The country was ranked 108th in the World Economic Forum’s gender gap index last year, lower than both Nepal and China.

Activists said it would take far more than free rides to help women feel safe — extra capacity was needed, too, along with better CCTV and marshals on board buses.

“Buses have separate seats for women, but men occupy them. There are separate carriages for women (in the Delhi Metro) but they are all crowded,” said public transport expert Ramachandraiah Chigurupati.

The move could also lead to resentment among men who cannot afford public transport and Chigurupati said the government should cap fares and eventually make transport free for all.