Advertisement
Home / India / On Constitution Day, Modi pitches for ‘One Nation, One Election’

On Constitution Day, Modi pitches for ‘One Nation, One Election’ 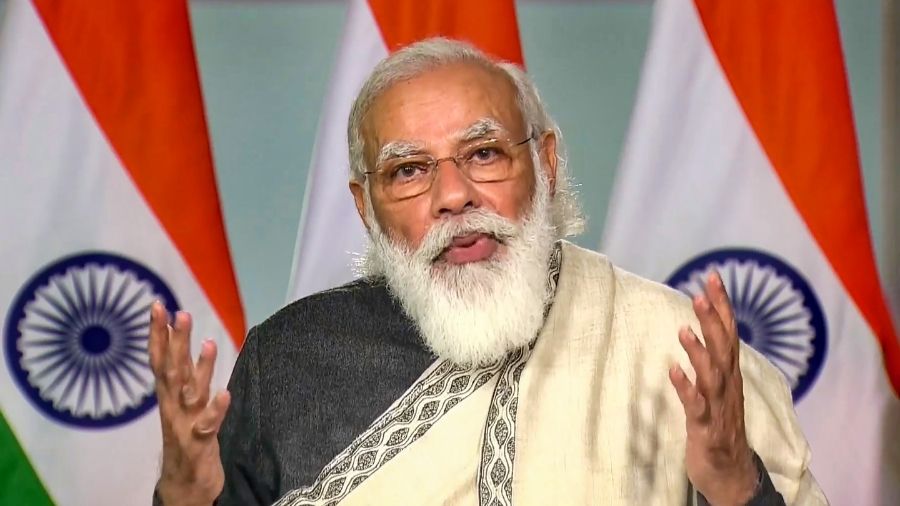 Prime Minister Narendra Modi pitched for the 'One Nation, One Election' strategy on Thursday, dubbing it as the need of the country given the fact that polls are conducted every few months hampering development works.

Addressing the concluding session of the 80th All India Presiding Officers Conference via video conference, he said it is beyond just a matter of debate and rather the need of India.

"Elections are held at different places every few months, the impact it has on development works is known to all. Therefore, it is a must to have deep study and deliberation on 'One Nation, One Election'," Modi said.

He also advised using a single voters' list for Lok Sabha, assembly and panchayat polls, saying separate lists are a waste of resources.

“Legislature, Executive and Judiciary should work with better coordination and national interest should be the basis for every decision,” the prime minister said.

"We must remember that when politics take over people and nation-first policies, the nation has to pay adversely in such situations," he added.

In a clear attack on the Congress, Modi cited the example of delay in the completion of the Sardar Sarovar Dam, and said that the project was completed after years as it kept on lingering.

"This could have happened earlier if development was given precedence. Those who stalled it, have no repentance," he said.

On the occasion of the Constitution day, Modi said there is no place for untouchability in the country. He cited the example of the Statue of Unity built by his government for Sardar Vallabhbhai Patel despite him not being from the BJP or the Jana Sangh.

“The Constitution is our guiding light to take on challenges in the 21st century and national interest should be our basis for every decision,” he said.

Calling for awareness about the Constitution, the prime minister said, “Our Constitution has many features but one very special feature is the importance given to duties. Mahatma Gandhi was very keen about this. He saw a close link between rights and duties. He felt that once we perform our duties, rights will automatically be safeguarded.”

Paying tributes later on Twitter, he wrote, "We began to observe 26th November as Constitution Day in 2015. Since then, people across India have been marking it with great fervour. This is a day to express gratitude to the makers of our Constitution and to reiterate our commitment to building the India of their dreams."

"In 2010, to mark 60 years of the Constitution, we organised the Samvidhan Gaurav Yatra in Surendranagar, Gujarat. A replica of the Constitution was placed on an elephant and the procession covered parts of the city. I too walked in that procession. It was a unique tribute,” Modi further noted.

During the address, Modi also paid tributes to to the victims of the 26/11 terror attacks in Mumbai and said India is battling against terrorism with new policies and processes now.

Noting that it was the biggest terror strike on India, Modi said India can never forget the 26/11 Mumbai terror attacks.

On November 26, 2008, 10 Lashkar-e-Taiba terrorists from Pakistan arrived through sea and opened fire, killing 166 people, including 18 security personnel, and injuring many during the 60-hour siege in Mumbai.