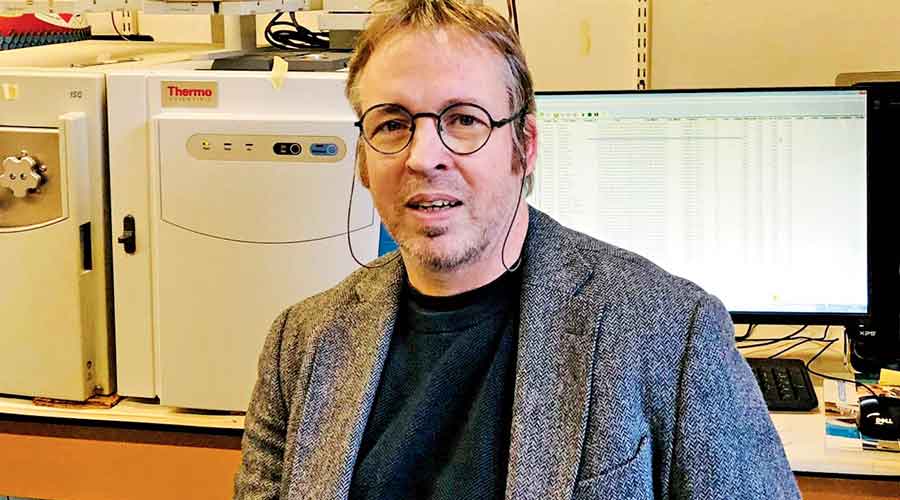 Evolutionary biologist Tom Wenseleers from Belgian academic institution KU Leuven tells The Telegraph that omicron marks evolution at play, seems able to infect and re-infect 3 to 6 times faster than delta, and highlights the need for the world to tweak its vaccine development strategies.

Q: Since the vaccination campaigns started this year and economies worldwide began opening up, there has been a sense of cautious optimism about the course of the pandemic. Do you think omicron represents a setback?

Wenseleers: The data shared with the world by South African scientists, though still preliminary, is clearly concerning. The data would suggest omicron is 30 per cent more infectious than delta. But on top of this increase in infectiousness, our calculations show that the rapid rise of omicron can only be explained if omicron also displays significant immune escape, being able to re-infect previously infected people or infect vaccinated people three to six times more frequently than delta. The likely implication could be surges of infections in countries with high or low vaccination coverage.

Q: But would infections in themselves be worrying? Omicron’s severity remains unclear.

Wenseleers: Yes, for now we know little about the disease severity caused by omicron. We will get a clearer picture in the coming weeks as doctors document outcomes of infections in South Africa. But in Gauteng province, hospitalisations are rising at a rate comparable to or higher than that seen during the previous beta and delta waves.

The preliminary trends from South Africa suggest that wherever it spreads, omicron will lead to exponentially more cases. Even if a tiny fraction of patients becomes critically ill, it is the speed at which the variant spreads and the consequent rapid rise of infections that we see which could challenge healthcare resources. If a country has too many people sick at the same time, healthcare resources could fall short. It will be a new pandemic all over.

Q: Genome scientists have described omicron as heavily mutated — is that unusual or surprising?

Wenseleers: It is evolution at work. Once a virus has infected everyone — which data suggests may be the case in South Africa given the very high excess mortality — it runs out of susceptible hosts. In that case, selection would favour immune escape variants that can re-infect previously infected people, rather than favour more infectious variants. It may be bad luck that it appeared in South Africa, as we would expect the same selection pressure in countries where population immunity has been built up through vaccination as opposed to by prior infection.

There is some speculation that immune suppression in HIV patients in South Africa could be linked to the emergence of new variants, as immune-compromised patients can carry the virus for extended periods of time, allowing it to mutate more. In any case, what we see here is a failure of pandemic forecasts to factor in the evolution of the virus. And vaccine inequity as well as vaccine hesitancy surely didn’t help, either.

Wenseleers: Yes, but the speed of development and distribution will be critical. Vaccine makers say they could redesign (mRNA) vaccines within 100 days. But at the moment, omicron infections show a doubling time of less than 5 days. One hundred days is too long to wait.

Vaccine makers and regulatory authorities need to find ways to make vaccines available even faster. Perhaps new vaccines with minor modifications to address omicron should not be required to go through population-wide clinical trials, but be brought into production right away and deployed under emergency use provisions or under informed consent regulation.