Advertisement
Home / India / Nothing to hide from ED: Congress on summons to Sonia, Rahul

Nothing to hide from ED: Congress on summons to Sonia, Rahul 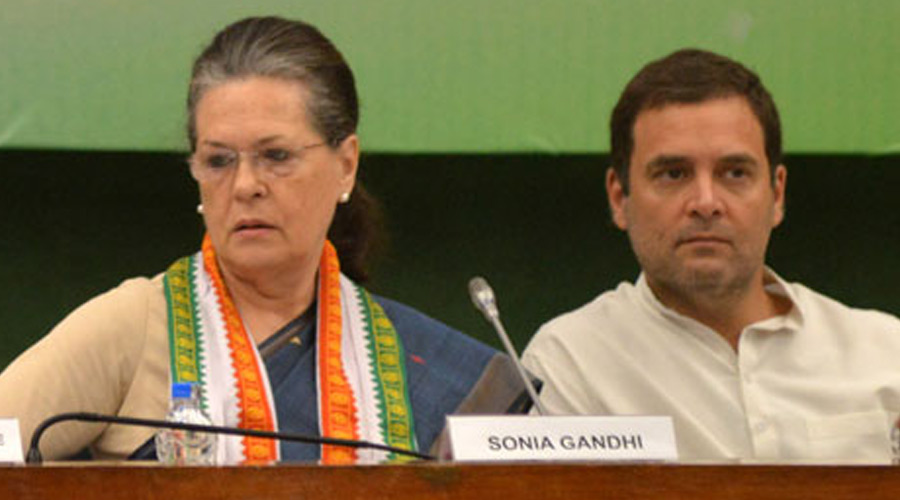 The Congress on Wednesday said its leaders Sonia Gandhi and Rahul Gandhi will appear before the ED as they have nothing to hide from the probe agency, and that the BJP should learn lessons from it.

Sonia Gandhi was asked to appear before the Enforcement Directorate (ED) on Wednesday in connection with a money laundering case pertaining to the National Herald-AJL deal, but she had sought time from the agency as she is recovering from coronavirus.

The Congress president, who tested positive on Thursday, is yet to recover and her latest report is not Covid-negative.

Congress spokesperson Pawan Khera told reporters, "We are a law-abiding party. We follow rules. So, if they have been summoned, of course, they will go. We have nothing to hide".

"They will learn some lessons from us on what kind of people who adhere to the path of truth are. They should learn from us," Khera said.

The Congress is likely to make it a big event on Monday when Rahul Gandhi appears before the probe agency's headquarters in central Delhi.

The case pertains to the probe into the alleged financial irregularities in the party-promoted Young Indian that owns the National Herald newspaper. The paper is published by Associated Journals Limited (AJL) and owned by Young Indian Pvt Limited.

Officials said the agency wants to record the statements of Rahul and Sonia Gandhi under criminal sections of the Prevention of Money Laundering Act (PMLA).