Advertisement
Home / India / Not stepping back from fight: Rahul Gandhi

Not stepping back from fight: Rahul Gandhi

Blind loyalists of the Nehru-Gandhi family were left numbed 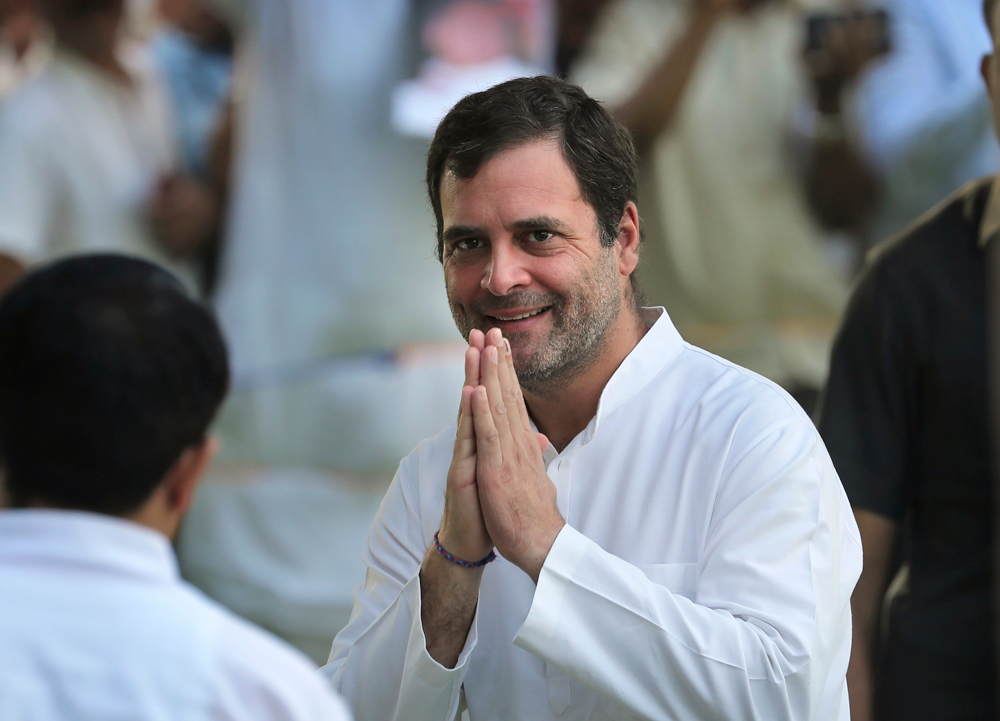 The Congress appears doomed to drift into a turbulent phase and many important leaders see Rahul Gandhi’s exit as a self-destructive response to an exceptional crisis, almost as bad as cutting the head to cure a headache.

While blind loyalists of the Nehru-Gandhi family are numbed, even those who saw flaws in Rahul’s leadership insist he is the only leader with the required courage and nationwide acceptability in the Opposition to confront the Narendra Modi-Amit Shah dominance.

Some leaders even suspect that Modi’s influence on Congress politics will grow in the absence of a Nehru-Gandhi family member at the helm.

Many leaders told The Telegraph that the greatest relief and joy would be felt by Modi, who knows what a formidable political challenge Rahul had succeeded in building no matter what the electoral outcome suggests.

“Modi will obviously be less hostile, even supportive, of the new arrangement to ensure Rahul and the family is further marginalised. If he is hell-bent on wiping out Jawaharlal Nehru’s memories, will he spare Sonia-Rahul-Priyanka without institutional might?” one Congress veteran said.

Although the majority of leaders believe the Congress will remain in the family’s control and that the trio of Sonia-Rahul-Priyanka are the primary reservoirs of the party’s strength, others argue that power dynamics can change dramatically in six months. Rahul’s writ didn’t run in the party when he was the boss and it would be naïve to expect his authority to grow when he is an ordinary member.

The crisis has multiple layers. There is no leader in the Congress who has a nationwide appeal. While there are some strong personalities in the states, few have a national perspective and acceptability. The 77-year-old Sushil Kumar Shinde, a Dalit from Maharashtra, who is said to be the front-runner, could not win his own seat in Solapur. It is difficult to guess what he can do to revive the party in Uttar Pradesh or Karnataka. Other contenders like Mallikarjun Kharge, Ashok Gehlot or Meira Kumar are no better.

Even if a young and dynamic leader is found, he will struggle to establish his authority and match the charisma of Rahul, who has earned respect with remarkable hard work. Rahul is more than the scion of a dynasty — he fought Modi more ferociously than anyone would have expected.

Wednesday’s statement was a reaffirmation of his commitment to resist communal forces. He said: “The attack on our country and our cherished Constitution that is taking place is designed to destroy the fabric of our nation. In no way, shape or form am I stepping back from this fight. I am a loyal soldier of the Congress party and a devoted son of India and will continue to serve and protect her till my last breath.”

He continued: “My fight has never been a simple battle for political power. I have no hatred or anger towards the BJP but every living cell in my body instinctively resists their idea of India. This resistance arises because my being is permeated with an Indian idea that is and has always been in direct conflict with theirs. This is not a new battle; it has been waged on our soil for thousands of years. Where they see differences, I see similarity. Where they see hatred, I see love. What they fear, I embrace.”

Stressing that it was the duty of every Congressman to protect India’s constitutional and cultural values, he wrote: “The Indian nation must unite to reclaim and resuscitate our institutions. The instrument of this resuscitation will be the Congress party. To achieve this important task, the Congress Party must radically transform itself.”

He wound up his four-page letter saying: “Thank you to the thousands of Indians, both at home and abroad, who have sent me letters and messages of support. I will, of course, continue to fight for the ideals of the Congress Party with all my strength. I am available to the party whenever they require my services, input or advice. To those who support the Congress ideology, especially our dedicated and beloved karyakarta, I have absolute faith in our future and the utmost love for you.”