No lockdown as of now, Prime Minister assures nation

Modi asks migrant workers to stay where they are, tells states to ensure they do not lose their jobs 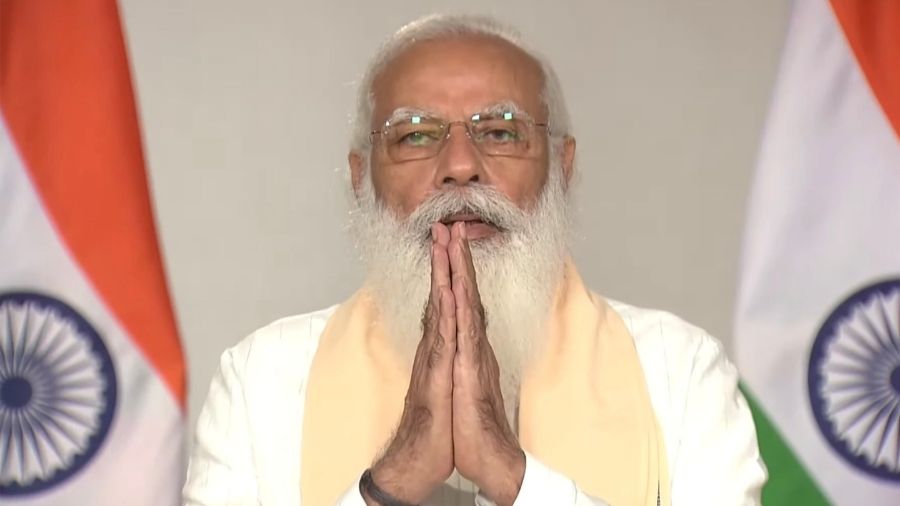 In a televised address as India battles a surge in Covid cases, Prime Minister Narendra Modi called on states to declare lockdowns only as “the last option” and instead focus “on creating micro-containment zones.”

“We have to protect the nation from lockdown,” Modi said. He was speaking as India is currently recording more Covid-19 cases than any other country in the world.

Modi said that the government is seeking to “save as many lives as possible” and is trying to meet soaring demands for oxygen and hospital beds. But he said the government was also trying to ensure that the economy keeps running smoothly. “We have to improve the economic health and take care of countrymen’s health,” he said.

“We are fighting another war against Covid-19. Things were better over the last few weeks but now we are experiencing the second wave,” he told the country in his evening address.

“It is a big challenge but we can face it together,” Modi said during the 20-minute broadcast which came after several days when the government has appeared to be far behind the curve on fighting the virus.

“We should not lose our patience even at the hardest of times,” Modi urged viewers, declaring that the country was “working day and night” to tackle the Covid surge.

Soon after Modi’s speech, TV channels broadcast stories about hospitals around the country that have only a few hours of oxygen left for their patients and the desperate quest by patients for hospital beds.

Modi’s comments came as Maharashtra Health Minister Rajesh Tope told reporters earlier in the day that all state ministers had asked Chief Minister Uddhav Thackeray to put Maharashtra under full lockdown. Maharashtra is the worst hit by Covid and is reeling from patient oxygen shortages. The state has said it will decide late on Wednesday on whether to order a lockdown.

In order to avoid a repeat of last year’s disastrous return of migrants to their home towns due to Covid, Modi asked states to allay workers’ fears that they would lose their jobs. He asked the states to inform the workers they would receive vaccinations in the coming days.

Modi’s speech came after he held a video conference with vaccine producers earlier in the day in which he pressed them to boost production in order to vaccinate all of India’s citizens in the shortest possible time.

“We gain confidence from the fact that our healthcare workers, frontline workers and a large part of our senior citizens have already been vaccinated," Modi said, noting proudly that India “has made the cheapest vaccine.” .All adults over 18 will be eligible to be vaccinated as of May 1.

Not as bad as last year

Modi asserted that the latest wave had come “like a hurricane,” but insisted that the situation was not as bad as last year when we had not had any equipment like PPE kits. He praised India’s doctors and said that in a short time they had established protocols on how to treat patients. “Last year the situation was much worse. There was no medical infrastructure and no PPE production,” he said.

The prime minister pledged to roll out the vaccine programme faster and he said that the pharmaceutical sector has already increased its output of medicines and will hike it further. He added that the government was working towards increasing beds and building more hospitals.

“We gain confidence from the fact that our healthcare workers, frontline workers and a large part of our senior citizens have already been vaccinated," he said.

Modi assured viewers that free vaccinations would continue to be available at government hospitals and added that, according to the new policy outlined by the government, 50 per cent of the vaccines would go to the states.

Modi called on citizens, especially the young, to help the needy and form committees in their areas to create awareness about how people can protect themselves against Covid. He urged young people to make sure relatives do not leave their homes except for an important reason.

The prime minister made no reference to massive election rallies held in Bengal and the large Kumbh Mela gathering that are believed to have helped stoked the latest surge in cases.

Initial reactions to his speech were negative with one person commenting, “He told people what to do. But didn’t say anything about what he and his government were doing for the people.”