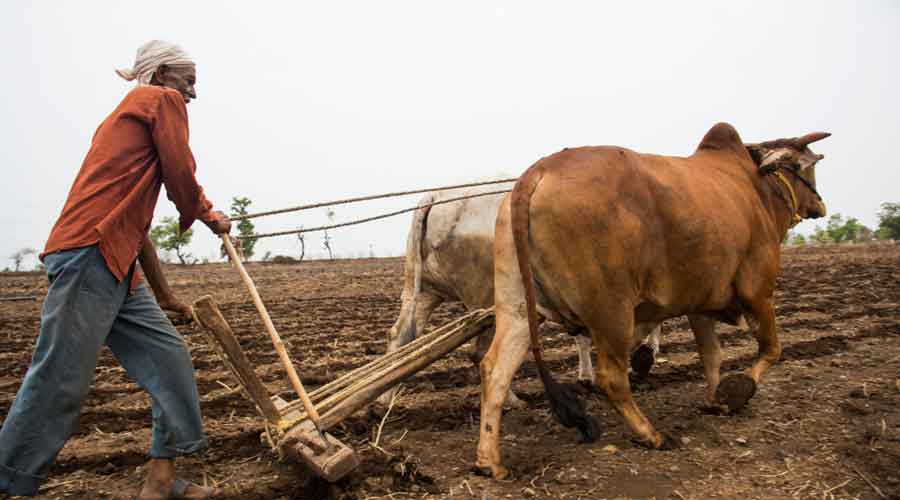 Junior home minister G. Kishan Reddy did not explain why the states’ “nil” figures had rendered the reasons rather than the suicide figures themselves untenable, nor did his written reply leave any scope for questioning
Shutterstock
Imran Ahmed Siddiqui   |   New Delhi   |   Published 22.09.20, 02:05 AM

The Centre on Monday told the Rajya Sabha its latest data on farm suicides had omitted the causes because the matter had become “untenable” with many states and Union territories reporting “nil” agriculture-sector suicides.

Junior home minister G. Kishan Reddy did not explain why the states’ “nil” figures had rendered the reasons rather than the suicide figures themselves untenable, nor did his written reply leave any scope for questioning.

Congress member P.L. Punia had asked why the National Crime Records Bureau (NCRB) had done away with listing the causes for farmer suicides in its annual report on accidents and suicides.

“As informed by NCRB, many states/ UTs had reported ‘nil’ data on suicides by farmers/ cultivators and agricultural labourers... even while reporting suicides in other professions,” Reddy said.

“Due to this limitation, national data on causes of suicide in farming sector was untenable and not published separately.”

The NCRB, which functions under the Union home ministry, had tracked farmer suicides and their reasons every year from 1995 to 2015 before the government withheld the data on farm suicides for three years.

This year, the NCRB has published farm suicide data for both 2018 and 2019 without mentioning or categorising the reasons.

Till 2015, the NCRB would not just enumerate the reasons behind farm suicides but classify them under categories such as farm distress, crop failure, loans, family problems and illness.

Under the head of “loans”, there were sub-categories on the source, such as banks, moneylenders and micro-finance institutions.

The report also included data on the socio-economic status and land-holding of each victim.

But the latest report does not even report the farm suicides separately — it has included them under the category “suicides by profession”. The only break-up it gives is in terms of male and female (5,563 male farmers and 394 women farmers, and 3,749 male and 575 women farm labourers, killed themselves in 2019).

Home ministry sources said it had repeatedly nudged these states to revalidate and send the data.

Farm suicides accounted for 7.4 per cent of the total suicides in the country in 2019, the report says.