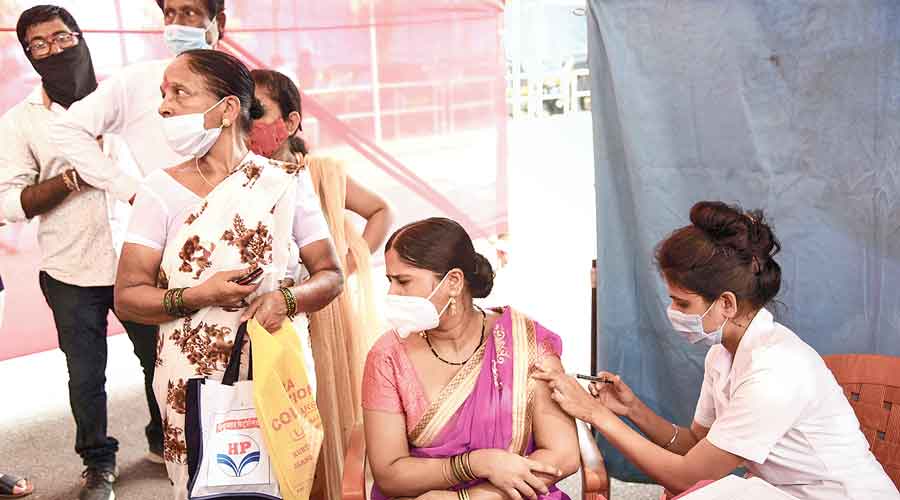 The first nationwide real-world effectiveness study of Covid-19 vaccines has corroborated earlier findings that Covishield and Covaxin provide significant protection from severe disease, whether caused by the highly infectious delta or other coronavirus variants.

Researchers at the National Institute of Epidemiology (NIE), Chennai, and collaborating doctors in 11 hospitals across India have observed effectiveness against severe disease to be 80 per cent with Covishield and 69 per cent with Covaxin after two doses.

The study findings — not peer-reviewed yet but released on an online archive of research preprints — underline the importance of continued expansion of two-dose vaccination coverage, the researchers said.

“These real-world estimates of vaccine effectiveness are expectedly lower than the vaccine efficacy estimates documented during clinical trials,” Tarun Bhatnagar, an epidemiologist and the study’s principal investigator, told The Telegraph.

For instance, Covaxin’s trial had observed 93 per cent vaccine efficacy against severe disease. “In the real-world setting, we include all who fit the study criteria. Also, the clinical trials were done before the delta’s dominance. Our study started when delta was already the dominant strain,” Bhatnagar said. “This would also influence vaccine effectiveness.”

The vaccine effectiveness observed in the real-world setting was the highest for both Covishield and Covaxin with dose gap of six to eight weeks. The current vaccination policy recommends a dose gap of four-to-six weeks for Covaxin and 12 weeks for Covishield.

“The higher effectiveness with the six-to-eight-week gap is an interesting finding, but we don’t have sufficient data yet to recommend that Covishield gap should be shortened to six to eight weeks,” Bhatnagar said.

Other studies and biological principles suggest the 12-week gap has greater efficacy, he said. It is possible that some of the people observed in the real-world study had already been infected with the coronavirus and thus carried antibodies before they received vaccinations.

In the NIE study, the researchers analysed the Covid-19 vaccination status of 1,143 patients with severe Covid-19 and 2,541 patients who were negative for Covid-19 in 11 hospitals in 10 cities — Bhubaneswar, Chennai, Jodhpur, Kochi, Mysore, Nagpur, New Delhi, Puducherry, Rishikesh and Surat.

The Covid-19 vaccination campaign had till Thursday administered one dose to 762 million (81 per cent) and fully vaccinated with two doses 391 million (41 per cent) of the country’s estimated 944 million adults.