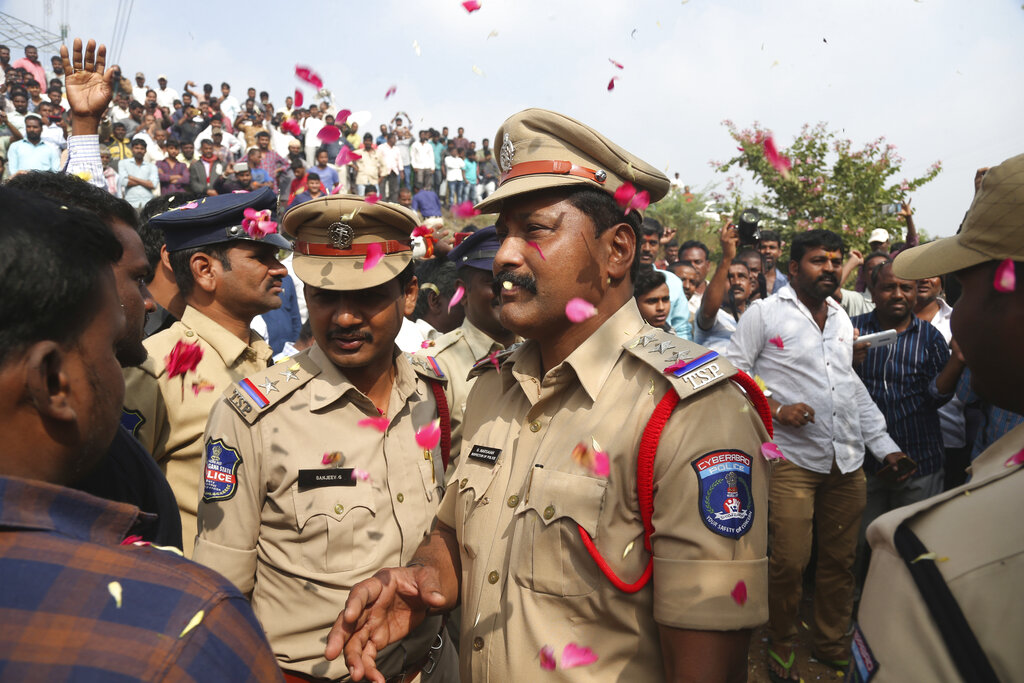 A team from the National Human Rights Commission (NHRC) on Saturday began on-the-spot investigation into the alleged police encounter in which four men accused in the gang-rape and murder of a woman veterinarian, were killed at Chattanpalli village near Hyderabad.

Official sources said the team visited a government hospital at Mahabubnagar, where the bodies of the accused were kept after post-mortem.

The NHRC took cognisance of the encounter killings of the four accused in the case and ordered a probe on Friday.

The apex human rights body in the country had said the encounter was a matter of concern and needed to be investigated carefully.

'The commission is of the opinion that this matter is required to be probed very carefully. Accordingly, it has asked its director general (investigation) to immediately send a team for a fact-finding, on-the-spot investigation into the matter,' the NHRC said.

The team is expected to visit the encounter site at Chattanpalli village, about 50 kms from Hyderabad, and also the place, near a toll plaza on the city outskirts, where the woman was allegedly gang-raped on the night of November 27.

The post-mortem of the four accused was done at the government district hospital in Mahabubnagar district and videographed.

The Telangana High Court on Friday directed the state government to preserve the bodies of four accused till 08:00pm on December 9.

All the four accused were shot dead by police on Friday during a pre-dawn exchange of fire near Hyderabad.

The four were arrested on November 29 for allegedly raping and killing the woman veterinarian.