With the app’s integration, over 214 million users will now be able to create the 14-digit unique ABHA numbers using the app 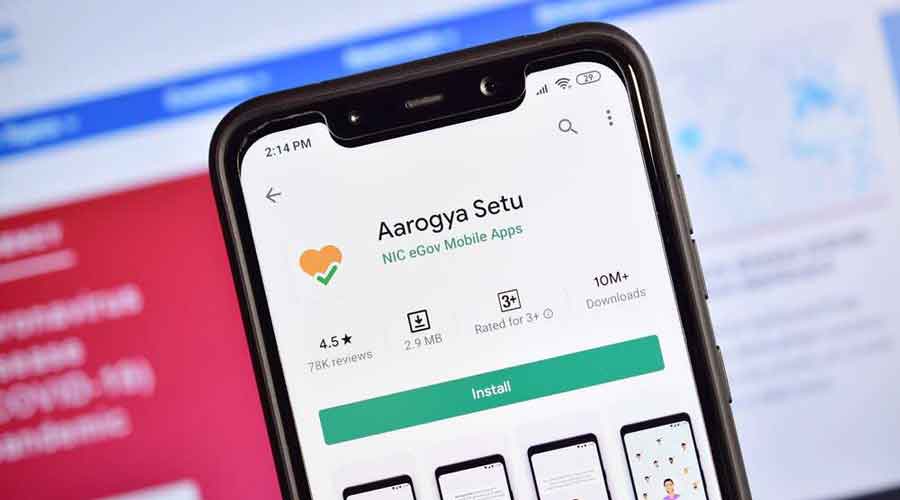 The ABHAs will enable people to join the digital health ecosystem with due consent: R.S. Sharma.
Shutterstock
Our Special Correspondent   |   New Delhi   |   Published 12.02.22, 02:10 AM

People across India may create Ayushman Bharat Health Accounts to digitally store their personal health records through Aarogya Setu, the Covid-19 app for contact tracing and mapping launched by the Centre in 2020.

The Union health ministry announced on Friday that the National Health Authority (NHA), the agency implementing the country’s digital health mission, has integrated the Aarogya Setu app to enable people to generate their unique 14-digit ABHA accounts from the app.

People may use the ABHA number to link their existing and new medical records, including doctors’ prescriptions, lab reports and hospital records, and share them with healthcare providers and access other digital health services, the ministry said.

“The creation of ABHA is the start. We will soon roll out the functionality (for) digital health records,” said R.S. Sharma, chief executive officer of the NHA. The ABHAs will enable people to “join the digital health ecosystem with due consent”, Sharma said.

Prime Minister Narendra Modi had in September 2021 launched what is intended to be the world’s largest digital health platform to enable healthcare providers to access patients’ health records via computer from anywhere in the country and help patients access doctors.

Some public hospitals in Chandigarh, Ladakh, Dadra and Nagar Haveli, Daman and Diu, Puducherry, Andaman and Nicobar Islands and Lakshadweep had started creating digital accounts for patients in late 2020, weeks after Modi had announced the plan in August 2020.

The Centre said about 160 million ABHA numbers had been generated. With the app’s integration, over 214 million Aarogya Setu users will now be able to create the 14-digit unique ABHA numbers using the app.

Medical experts view the digital health plan as an ambitious initiative — bigger in scale and scope than the Centre’s Aadhaar project that assigned unique identity numbers to all Indians.

Ajay Prakash Sawhney, the Union electronics and information technology secretary, said the Aarogya Setu-ABHA integration would enable a “consent-based option for citizens to help them access their personal health records and other services from the digital health system”.