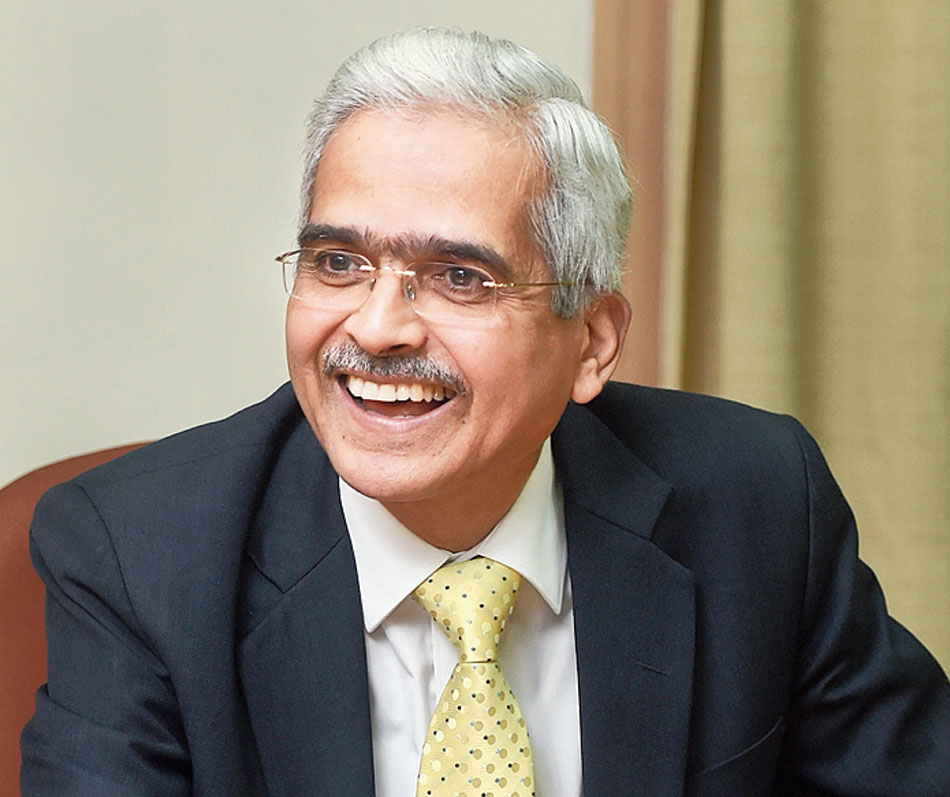 Shaktikanta Das, who assumed office on Wednesday as the 25th RBI governor, has said he will uphold the autonomy of the central bank but added that he intends to carry out consultations on contentious issues with all stakeholders “with an open mind”.

The new governor, aware of the reservations that have been expressed in some quarters because of the appointment of a former career bureaucrat to the top job on Mint Street, was keen to clear the air over suspicions that he might push through the Centre’s agenda, which could compromise the autonomy of the RBI.

“I will try and uphold the autonomy of the RBI as an institution,” Das said even as he indicated that he would not be rigid about the inflation-targeting objective that underpins the conduct of monetary policy.

“Inflation-targeting is an important function which the RBI Act has mandated. So that will remain very important,” Das said.

But he drew attention to the preamble in the RBI Act which mentions the importance of economic growth. The preamble reads: “The primary objective of the monetary policy is to maintain price stability while keeping in mind the objective of growth.”

Predecessor Urjit Patel, who championed the idea of an explicit inflation target for monetary policy decisions, had tended to toss the responsibility for ratcheting up growth in the economy to the Centre and its fiscal policy in the firm belief that monetary policy has only a limited role to play in this context.

The RBI’s policy makers have resisted pressure from industry and the government to cut interest rates in order to crank up growth, preferring to focus on the mandated objective to hold inflation at 4 per cent. The mandate for the RBI is to hold inflation in the range between 2 and 6 per cent.

On Wednesday, the Central Statistics Office (CSO) said retail inflation in November had tumbled to a 17-month low at 2.33 per cent, largely driven by negative food inflation.

Das said the trajectory of inflation was well below the RBI’s projection and seemed to suggest that the central bank could now focus on ramping up growth. “Maintenance of the growth trajectory of the Indian economy is also important,” said Das who has shown a preference for pro-growth policies during his tenure in the finance ministry.

Market mavens interpreted Das’ comment as indicative of a dovish stance, raising the possibility of a rate cut at the next monetary policy meeting in early February.

Das flagged three issues on which the central bank would focus on: inflation, bank lending and liquidity.

As a first step, he has called a meeting with the chiefs of public sector banks tomorrow and intends to hold discussions with private sector banks as well.

The Modi government has been pressing for a relaxation of the lending restrictions on 11 state-owned banks that were imposed under the prompt corrective action (PCA) regime that kicked in last year.

The RBI governor said the meeting of the central board of directors would be held on Friday as scheduled and would take up the items on the agenda for the October 23 meeting that had become a red rag for the RBI under Urjit Patel.

The government has been pressing the RBI to release funds from its capital reserves that it can then use to fund populist programmes ahead of next year’s general elections. The issue caused a huge rift with Urjit Patel and was one of the principal reasons behind his sudden resignation.

“There has to be free, fair, objective and very frank discussions between the government and the RBI,” Das said.

Das said the government and the RBI had adopted several measures to address the liquidity crunch that the shadow banking entities were facing but more needed to be done.

The comments come against the backdrop of a liquidity and trust crisis being faced by NBFCs, brought on by the defaults at Infrastructure Leasing & Financial Services (IL&FS).

The RBI has pumped in more than Rs 1.36 trillion through open market operations this year, out of which Rs 1 trillion was doled out in the past three months.

Das said he would hold talks with stakeholders on the liquidity crisis and seek feedback from within the RBI before announcing further decisions.